#wion news #japan to pay chinese firms #wion #japan #News & Politics
Japan to pay firms to leave China | South-Asia News | World News
Japan’s government will start paying its firms to move factories out of China and back home or to Southeast Asia
#Japan #JapanGovt #JapanChinaFirms
About Channel.
WION -The World is One News, examines global issues with in-depth analysis. We provide much more than the news of the day. Our aim to empower people to explore their world. With our Global headquarters in New Delhi, we bring you news on the hour, by the hour. We deliver information that is not biased. We are journalists who are neutral to the core and non-partisan when it comes to the politics of the world. People are tired of biased reportage and we stand for a globalised united world. So for us the World is truly One.
.
Please keep discussions on this channel clean and respectful and refrain from using racist or sexist slurs as well as personal insults.
Subscribe to our channel at https://goo.gl/JfY3NI
Check out our website: http://www.wionews.com
Connect with us on our social media handles, Facebook: https://www.facebook.com/WIONews
Twitter: https://twitter.com/WIONews
Follow us on Google News for latest updates
Zee News:- https://bit.ly/2Ac5G60
Zee Bussiness:- https://bit.ly/36vI2xa
DNA India:- https://bit.ly/2ZDuLRY
WION: https://bit.ly/3gnDb5J
Zee News Apps : https://bit.ly/ZeeNewsApps 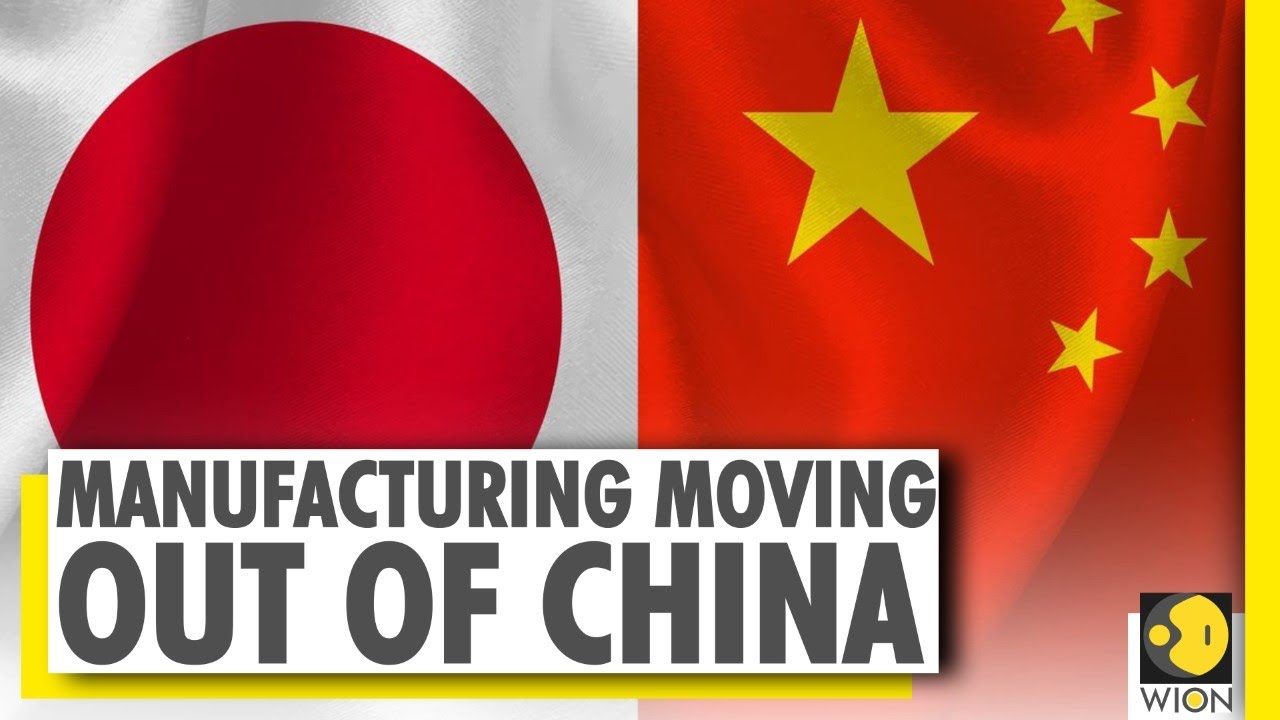 by God of war 2 months ago

Thank you Japan from all of Australia.

by the truth 2 months ago

by hirak gayan 2 months ago

Because the world will not buy "made in china"🇨🇳🦗 products.
So japan🇯🇵 is doing good✌

by Desi Backpacker 2 months ago

World - in the begining God created heaven and earth
China -. Bat created Winnie the pooh and the world

by john 2 months ago

Hope 80% companies will leave China left them only bone without Flesh and Xi will make new Chinese food...

Woooowwww amazing move by Japan. Rest of the world should follow this.

by Charan Reddy 2 months ago

What a shame for China that Japan is paying companies to leave, they are so pissed.😂😂

by sensational rd 2 months ago

by Sagar Kumar 2 months ago

The US and EU should do the same. Divest from the PRC and invest elsewhere.

by Stu Bur 2 months ago

China is losing all its worth to the world

They won’t be making anything to export soon 🤣

by Camz C 2 months ago

by On the street 2 months ago

Hahahahahaha now Chinese will have to sell momos with Nepal.

by ramesh sundaresan 2 months ago

by san vj 2 months ago

More than 100 Chinese soldiers that were killed, maybe CCP members ate them that's why there is no ceremony

by Subhasheesh Bera 2 months ago

I hope they also come to india. India must take loans and give them money to setup factories in india

by Abhishek Nazare 2 months ago

Chinese Media: "It's all an illusion, Japan isn't leaving, it's not real"

by Vin 2 months ago

China bans muslim students to take religious classes, they banned burka, bans muslim males to grow beard, they also ban ramzaan in their country, set up cameras in muslim localities and even vandalized hundreds of mosques that any country did before.

But some Indian Muslims and Muslim countries said that muslim are not safe in India even pakistani government said that our Allah is chinese.
But this fact they will never accept.

by Rashid Ali 2 months ago

Japan can't be bullied like India. Both should Colloborate and let the. Movement happens in India.
Modi has a great rapport with Abe.

by Abhi B 2 months ago