#airport protest #hong kong protest 2019 #hong kong china protests #what happened #News & Politics
The people of Hong Kong are protesting in record-breaking numbers..
Become a Video Lab member! http://bit.ly/video-lab
Correction at 7:48: The protester says “They are not doing this for themselves, but for the future of Hong Kong.”
Hundreds of thousands of Hongkongers have taken to the streets to protest a controversial extradition bill that could send Hong Kong residents to mainland China to be tried in court. Hong Kong’s Chief Executive, Carrie Lam, says the bill is meant to prevent Hong Kong from becoming a safe haven for fugitives. But its opponents fear that Hong Kong would be exposed to China’s flawed judicial system, which would lead to further erasure of the city’s judicial independence.
At first Lam was determined to move forward with the bill. But after a series of massive protests, she announced she would “indefinitely suspend” the bill. But protesters aren't accepting the suspension, and have started demanding its complete withdrawal. They've also begun calling for Lam’s resignation.
But this rise in tensions is about a lot more than a bill. To understand why this bill hits a nerve with Hongkongers, it's important to understand Hong Kong’s relationship with China - and exactly how the bill would tip the scales in China’s favor.
Watch this video to understand the news coming out of Hong Kong and the history that led up to this moment.
For more watch Episode one of our Vox Borders Hong Kong episodes here, https://www.youtube.com/watch?v=MQyxG4vTyZ8
And for even more context on Hong Kong’s history with Britain you can watch another one of our Vox Borders Hong Kong episodes here: https://www.youtube.com/watch?v=StW7oGSR_Mg
If you want to get real nerdy you can read Hong Kong’s Basic Law (their mini Constitution) here, https://www.basiclaw.gov.hk/en/basiclawtext/index.html
You can also read the Sino-British Joint Declaration that defined Hong Kong when the British handed it back to China in 1997 here: http://www.gov.cn/english/2007-06/14/content_649468.htm
And the extradition law introduced in Hong Kong that has sparked massive protests here, https://www.legco.gov.hk/yr18-19/english/hc/papers/hc20190412ls-65-e.pdf
Here is a piece reported by the New York Times on the latest from Carrie Lam, Hong Kong's leader, https://www.nytimes.com/2019/06/10/world/asia/hong-kong-carrie-lam-extradition.html
Here are some additional resources regarding Hong Kong’s democracy and political make-up, https://sites.duke.edu/corporations/2018/01/29/the-mirror-colonial-britain-and-chinas-rationale-for-hong-kongs-functional-constituency/
https://www.cfr.org/backgrounder/democracy-hong-kong
https://books.google.com/books?id=ZDubDwAAQBAJ&pg=PA202&lpg=PA202&dq=Reunification,+Patriotism,+and+Political+Disorder:+From+1997+to+2017+%22underground+front%22&source=bl&ots=vn4zdV2FSi&sig=ACfU3U2yyYBTZ0hFfWC6y9oYS4YzxY6UDg&hl=en&sa=X&ved=2ahUKEwjVgcDv5eziAhXQg-AKHV4EB9sQ6AEwAXoECAkQAQ#v=onepage&q&f=false
And finally, you can also find our latest articles covering the most recent developments here, https://www.vox.com/2019/6/18/18683582/hong-kong-extradition-bill-protests-china
https://www.vox.com/world/2019/6/16/18680897/huge-hong-kong-protests-continue-after-the-government-postpones-controversial-billhttps://www.vox.com/2019/6/11/18661007/hong-kong-protest-2019-china-extradition
https://www.vox.com/world/2019/6/9/18658650/hong-kong-protest-march-china-extradition-bill-2019
Thanks for watching! And let us know what you think of this video in the comments!
Vox.com is a news website that helps you cut through the noise and understand what's really driving the events in the headlines. Check out http://www.vox.com.
Watch our full video catalog: http://goo.gl/IZONyE
Follow Vox on Facebook: http://goo.gl/U2g06o
Or Twitter: http://goo.gl/XFrZ5H 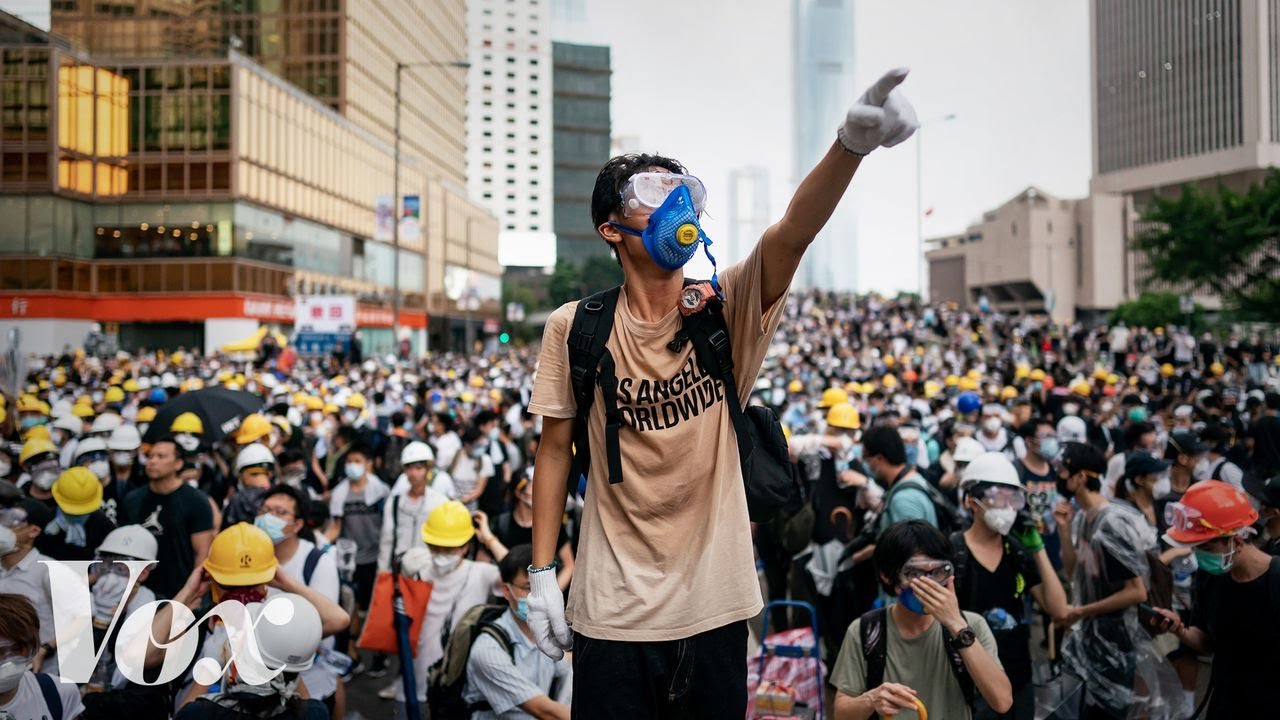