#Last of Us Part 2 Walkthrough #The Last of Us 2 Review #The Last of Us 2 Part 1 #Last of Us 2 Review #Gaming
The Last of Us 2 (Last of Us Part 2) Walkthrough Gameplay Part 28 includes a Review and Campaign Mission 28 of the Last of Us Part II Single Player Story Campaign for PS4 Pro and PS5 (Playstation 5) later. Thanks Playstation for giving me this review copy. This 2020 The Last of Us Part 2 Story Campaign Walkthrough will be the Full Game including a Review, Prologue, All Story Chapters, OST, Cut Scenes, Cinematics, Missions, Joel, Ellie, Abby, Artifacts, Trading Cards, Journal Entries, Workbenches, Safes, Chapters, Jackson, Seattle Day 1, Encounters and more until the Ending of the Single Player Story..
Membership: https://www.youtube.com/channel/UCpqXJOEqGS-TCnazcHCo0rA/join
Subscribe: http://www.youtube.com/subscription_center?add_user=theradbrad
Twitter: http://twitter.com//thaRadBrad
Facebook: http://www.facebook.com/theRadBrad
The Last of Us Part II is an action-adventure game developed by Naughty Dog and published by Sony Interactive Entertainment for the PlayStation 4 Pro and Playstation 5. Set five years after the events of The Last of Us, players enter the role of 19-year-old Ellie, who comes into conflict with a mysterious cult in a post-apocalyptic United States. The game contains survival horror elements and is played from the third-person perspective. Players can use firearms, improvised weapons, and stealth to defend against hostile humans and cannibalistic creatures infected by a mutated strain of the Cordyceps fungus.
The Last of Us Part 2 is played from the third-person perspective. Players can use firearms, bows, improvised weapons, and stealth to defend against hostile humans and cannibalistic creatures infected by a mutated strain of the Cordyceps fungus. The gameplay mechanics in Part II have also expanded upon its predecessor, The Last of Us. In it the player character can traverse the environment more openly by being able to reach higher vantage points by jumping and climbing while playing as the more nimble Ellie. Players can also crawl in a prone position to evade enemies. Throughout the game, players will have a non-player character assisting them. Additionally, large portions of the game are set in Seattle, Washington.
The game also sees the return of "Listen Mode" allowing players to locate enemies through a heightened sense of hearing and spatial awareness, indicated as outlines visible through walls and objects. Additionally, players can collect supplements to upgrade skills in a skill tree. The three main branches of the tree are Survival, Crafting, and Stealth. Survival upgrades improve health, Listen Mode's range, and throw distance. Crafting upgrades allow for melee upgrades, increase to Ellie's crafting speed, and the ability to craft smoke and stun bombs. Stealth upgrades improve prone movement speed, faster stealth kills, and unlock pistol silencers. Part II also introduces guard dogs that can track the player's scent.
The Last of Us Part II takes place five years after the events of the first game and about 25 years after the outbreak of the Cordyceps Brain Infection began. Ellie, who is now 19 years old, will return as the main protagonist whom players will assume control of, as well as Joel in his mid-fifties. The story will be split into four seasonal chapters, starting with Jackson County, Wyoming, during the winter months. The pair, having settled down in Tommy's settlement, live in relative peace within the thriving community. While there, Ellie has even managed to form friendships with Dina and Jesse. However, the survivors face constant threats from the Infected and other hostile survivors.
Characters include, Ellie – The playable protagonist of the game. Ellie was formerly a denizen from the Boston Quarantine Zone and is immune to the Cordyceps Brain Infection. She returns from the original game and is now nineteen years old and sports a tattoo over the bite scar on her right arm. She is fueled by hate and is on a personal quest of revenge against unknown people.
Joel – The deuteragonist of the game. Joel is a survivor of the CBI outbreak who returns from the original game, alongside Ellie. He is now in his early to mid-fifties.
Unnamed woman – A stocky woman whom Emily hunted for unknown reasons. Her name remains a secret.
Dina - A young woman, Jesse's ex-girlfriend and Ellie’s associate.
Yara – Yara and her brother Lev were former members of the Seraphites.
Lev – Lev is Yara's younger brother. The pair left the Seraphites for unknown reasons.
Tommy - Joel's younger brother, also returning from the original game. He is one of the leaders of the community in Jackson.
Jesse - Dina's ex-boyfriend and a friend of Ellie.
Emily – A member of a religious cult called the Seraphites, set to wipe out all 'sin' in the world after the outbreak..
Nora - A high-ranking member in the Washington Liberation Front. Ellie pursues her through Seattle.
#TheLastofUs2 #TheLastofUsPart2 #TheLastofUsPartII 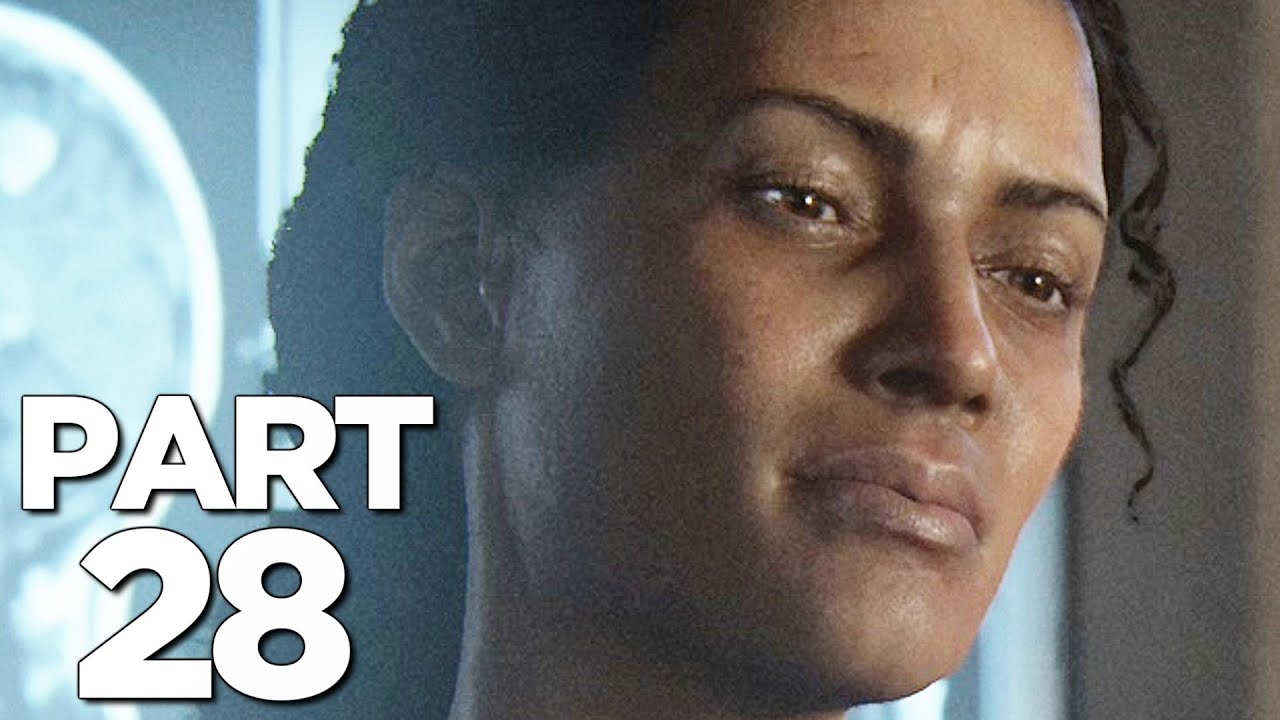 THE LAST OF US 2 Walkthrough Gameplay Part... theRadBrad photo

We in this till the end fam! Thanks for all the support so far on each video!

by Kanuma E 3 months ago

It’s really dumb that a woman THAT pregnant would be on active duty. Like REALLY dumb.

by Luka Hays 2 months ago

by Clint Davis 2 months ago

This is madness. Torturing us by humanizing the one that brutally murdered our favorite character. It's cruel.

by patrick soler 2 months ago

Brad playing as Abby while continuously dissing her is just hilarious...LOL

“See how Abby’s just taking all these bullets. She’s a cyborg.” Died laughing

by Alex Miller 3 months ago

by Pouria Soltani 2 months ago

Brad with Ellie and Joel : OMG they are a bit hurt. I need to heal them!!
Brad with Abby : I don't wanna waste my health kits..

by Mudasir Riaz 2 months ago

I don't think the devs are trying to make you feel anything. They're just showing you who everyone is, why they made decisions they made and the repercussions of their decisions. In this case the story is pretty much "Eye for an Eye makes the whole world blind".

I think they should have arranged the narrative so we play as Abby but with a dual story. Half where we see her hunting, an unbeknownst to the player, Joel and one where we see her being hunted by, an unbeknownst to the player, Ellie. It would have been so much more impactful to have the player getting connected to Abby and unknowingly playing against the characters they were already connected to from the first game when it all finally came together at the end.

"I'm just doing this for you guys at this point"
Thanks Brad, only reason I'm watching is to support you

by Revenant 3 months ago

"they will try everything to make us like Abby. BUT WE MUST RESIST TEMPTATION!!!"

by Arshdeep Singh 2 months ago

He was a father. Joel lost Sarah and Almost lost Ellie. He never had to sacrife Abby like that and even if she said yes, he wouldn't had gone threw with it.

by Abori Studios 2 months ago

When you realized that all of part 2 could've been avoided if the fireflies let Ellie have a choice as to if she wanted to die for the cure or not.

by nowayto isOP 3 months ago

Abby: does something nice*
Brad: your not tricking me you witch

by Abdulmuezz Abdulazis 3 months ago

I would just like to say one thing - "A villain is just a victim whose story is untold".

I don't get why you are so negative about this turn of events. There are consequences to every decision you take. Joel did what he thought was best for him and Ellie, but it was still a choice that affected thousands of people. Getting to know the other side of the story brings more depth and complexity to the entire storyline. You need to know what Abby went through. You need to feel for her, to know that Joel and Ellie weren't exactly angels. Fans of the game loved the game for the story, not just the characters. For their decision to make hard choices.

I don't understand your loyalty to the initial characters of the game. I mean, liking Abby doesn't make you automatically hate Ellie. Both had their innocence destroyed, both made questionable choices. It's a complex, interconnected world, and I like that.

by Shubham Raut 2 months ago

by Andres Diaz 3 months ago

by Dale Rose 2 months ago