Film Theory: This is NOT A Batman Movie! (The Batman Trailer 2021) ⇅


#batman #new batman #the batman trailer riddles #se7en ending #Film & Animation
Check out Food Theory! ► https://bit.ly/2CdCooV
The new trailer for The Batman starring Robert Pattinson looks very interesting... and surprisingly familiar? You see, with all of the hints hidden in the newest trailer - and I don't mean the riddles - I think I've figured out the ending twist of this movie! Loyal Theorists, you may be thinking, "Matpat, how can you possibly know off of the trailer?" Never doubt my ability to theorize out of the smallest details! You see, I think the big twist of this movie will be that The Batman is actually... well you'll need to watch to find out!
Get yourself some Theory Wear! ► http://creatorink.co/theorywear-ft
Don't miss a Film Theory! ► http://bit.ly/1dI8VBH
#Batman #TheBatman #TheBatmanTrailer #Trailer #Batman2021 #RobertPattinson #TheBatmanMovie #DC #FilmTheory #Matpat
Need Royalty Free Music for your Content? Try Epidemic Sound.
Get Your 30 Day Free Trial Now ► http://share.epidemicsound.com/TheFilmTheorists
MORE FILM THEORIES
Rick's True CRIME! | Rick and Morty ►► https://bit.ly/2MVhP2W
Will MORTY KILL RICK?! ►► https://bit.ly/2qKFFFV
How PICKLE RICK Functions! ►►► https://bit.ly/2JvU4fT
Blair Witch's SECRET DANGER!  ► https://bit.ly/2qhmv7a
Ariel & Hercules Are RELATED?! ► https://bit.ly/32WnVWi
Credits, Writer: Matthew Patrick and Zach Stewart
Editor: Danial "BanditRants" Keristoufi and Koen Verhagen
Assistant Editor: AlyssaBeCrazy
Sound Editor: Yosi Berman 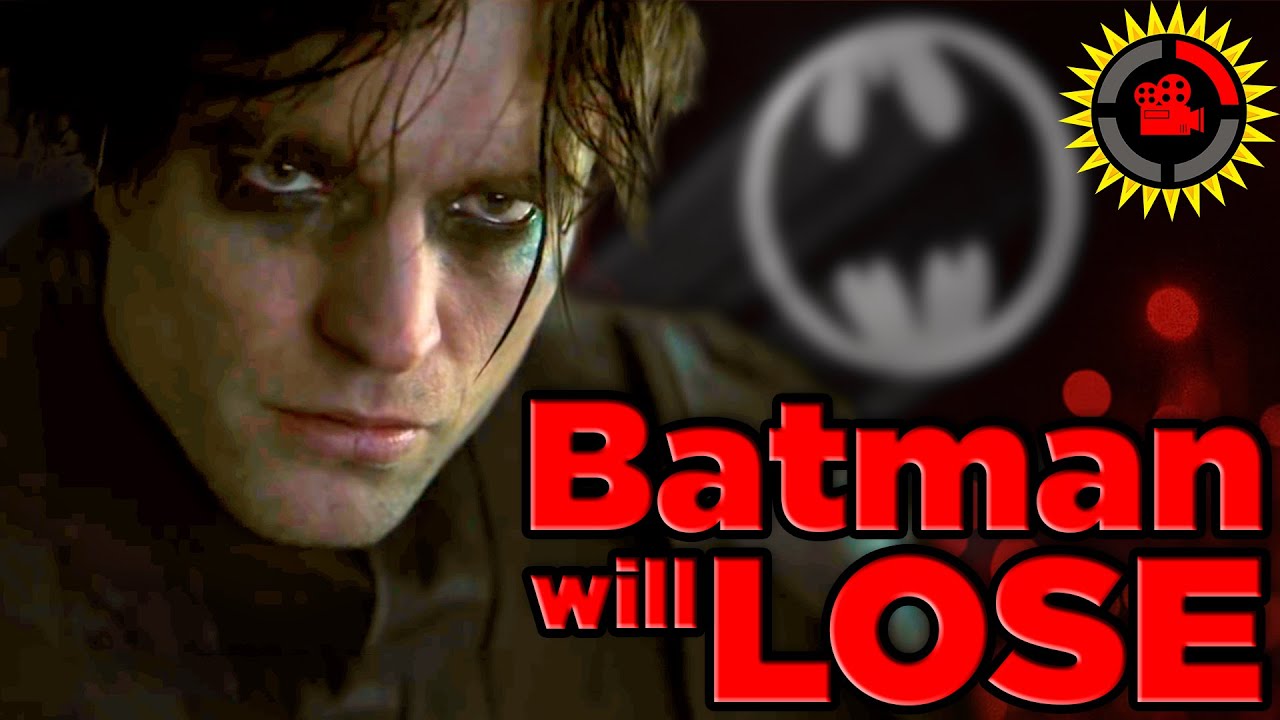 Film Theory: This is NOT A Batman Movie!... The Film Theorists photo

DC: Quick change the script mat pat made a theory

by Nerves Anxiety 1 month ago

At risk of sounding like a complete moron:
What if when Riddler tells Batman "You're apart of this too" he means because Batman only takes down low-level thug criminals instead of the corrupt elite of Gotham, he is unknowingly allowing the corrupt high status individuals in the system to continue to function behind the scenes.

by Brandon Daniels 1 month ago

It's not Two-Face, it's Mad Hatter. Those twins are identical and red-headed, so they're more likely Tweedle-Dee and Dum.

by Ivan Williams 2 weeks ago

Don't forget Elon cameoed as himself in Iron Man 2.

by Chase Films Productions 1 month ago

“Beware the Court of Owls, that watches all the time,
Ruling Gotham from a shadowed perch, behind granite and lime.
They watch you at your hearth, they watch you in your bed.
Speak not a whispered word about them, or they'll send the Talon for your head.”

by Thinking Out Loud 1 month ago

One thing MatPat forgot to mention about The Batman's parallels with Se7en is that at the end of Se7en, John Doe, wanting to break Mills and provoke him into killing him, says "Become vengeance, become wrath". And what does Batman say when someone asks who he is? "I'm Vengeance..."

pretty cool little detail I think which could be a nod to the claim MatPat makes where he says Batman beats this dude to death after his moral code has been broken, he's become Vengeance, what John Doe (or in this case, The Riddler) wants him to become.

by Shivam Tiwari 1 month ago

by Ziv campos 1 month ago

Joker: inspired in Scorsese films...
The Batman: inspired in Fincher films...
Tarantino: "At least I wait for directors to die before I start stealing from them..."

by PD Zombie 1 month ago

by Edward Roets 1 month ago

by matte elv 1 month ago

It sounds more like Elon wants to be a James Bond movie villain.

The moment Batman kills is the moment he ceases being the Batman and becomes The Punisher.

Bruce Wayne’s parents were killed by human traffickers according to Batman “The Ultimate Evil”. Martha was trying to expose the p*do rings in secret and they went after her.

by Slash And Trash 4 weeks ago

Matpat: wants to be Robin
His parents: starts sweating

by Matthew M 1 month ago

"but hey that's just a theory, a film theory"


well yess but actually no

the story probably will be going just like your theory

by Leonardus Krisna 1 day ago

Next on Film Theory: We attempt to predict a movie that wont exist for another 15 years.

by Astro Cat 1 month ago

by VenDelta YT 1 week ago

He's right....near the end of the film Batman takes off the suit to reveal his body covered in diamonds and glistening in the Gotham sunlight. This will be the inspiration for the "real" Batman