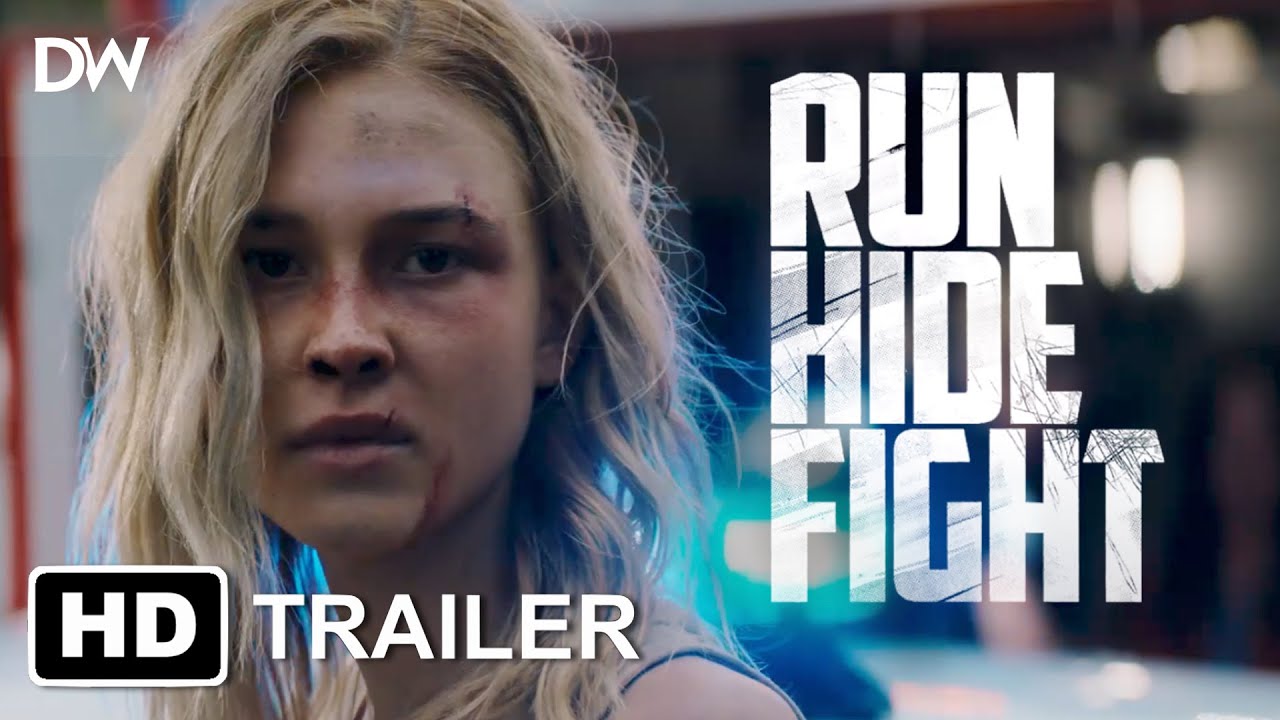 "We're taking over this school. But first, let's talk about Express VPN..."

by Anthony Kaylor 2 weeks ago

by Christopher Rivas 1 week ago

“This wouldn’t have happened if AOC had just shown me her feet.”

by James Bootywolfe 4 days ago

by Guillermo Montoya 1 week ago

Right before she kills the last shooter she’s like: “facts don’t care about your feelings”

by Hookah Smoking Caterpillar 2 weeks ago

Thank you all for watching the trailer for our first-ever feature film. RUN HIDE FIGHT will be released for on-demand streaming to Daily Wire members on Friday, January 15th. I wrote an op-ed explaining why we decided to get into the entertainment business — click here to read:

by Ben Shapiro 2 weeks ago

“Everyone pull out your phones and livestream”

by Magnus Frederickson 5 days ago

“I’ll kill a person every five minutes in, just, one second, FIRST, we all love waffles...”

The news station at the end was “FNN” instead of CNN, probably standing for “Fake News Network” - just a little easter egg for us

by Ezekiel Smith 2 weeks ago

Also, that part with the lunch lady saying "you should be ashamed" then getting shot actually got to me. Don't know why, kinda hurt. Rare when trailer actually does that.

by Silver Star 1 week ago

by Rigby S 2 weeks ago

It’s “Die Hard” if it was in a school

by Carter Cummiskey 1 week ago

End of the movie... shooters being arrested...

by Josh Ragsdale 1 week ago

Klavan as the school counselor who tried to help the troubled kids... his death is tragic as he really seems to care, Ben as the math teacher who can't believe the statistics of this happening to him... he makes it out but is deeply traumatized, Knowles as the lunchlady or Janitor who protects a group of kids by getting them out before it gets too bad, Matt Walsh as the mean principle who made the shooters mad in the first place (the first to die), Candace Owen's as the intrepid reporter who is covering her first big story and trying to figure out why part of the "official story" doesn't add up, with a guest appearance by Steven Crowder the gym teacher who called in sick... he figures out what's going on as he watches from home and calls Candace to give her some insights about the situation.

"Everyone pull out your phones and put them on livestream NOW! , the student who gets the most views will receive not one, but TWO leftist tears tumblers"

Ben: [trying to talk down gunman] “Facts don’t care about your feelings”
Gunman: [holds gun up to Ben]
Ben: “That seems mildly inappropriate for a political discussion”

by John J 2 weeks ago

by Gabriel Keogler 6 days ago

by Sergeant Arch Dornan 1 week ago

ben gets shot by the school shooters
ben: it's ok, my wife's a doctor

Damn This looks legit. When he announced this I though this was gonna be some bullshit movie but this actually looks good.