#education #\Ken Robinson\ #TED Talk #TEDTalk #Education
Sir Ken Robinson outlines 3 principles crucial for the human mind to flourish -- and how current education culture works against them. In a funny, stirring talk he tells us how to get out of the educational "death valley" we now face, and how to nurture our youngest generations with a climate of possibility.
TEDTalks is a daily video podcast of the best talks and performances from the TED Conference, where the world's leading thinkers and doers give the talk of their lives in 18 minutes (or less). Look for talks on Technology, Entertainment and Design -- plus science, business, global issues, the arts and much more.
Find closed captions and translated subtitles in many languages at http://www.ted.com/translate
Follow TED news on Twitter: http://www.twitter.com/tednews
Like TED on Facebook: https://www.facebook.com/TED
Subscribe to our channel: http://www.youtube.com/user/TEDtalksD... 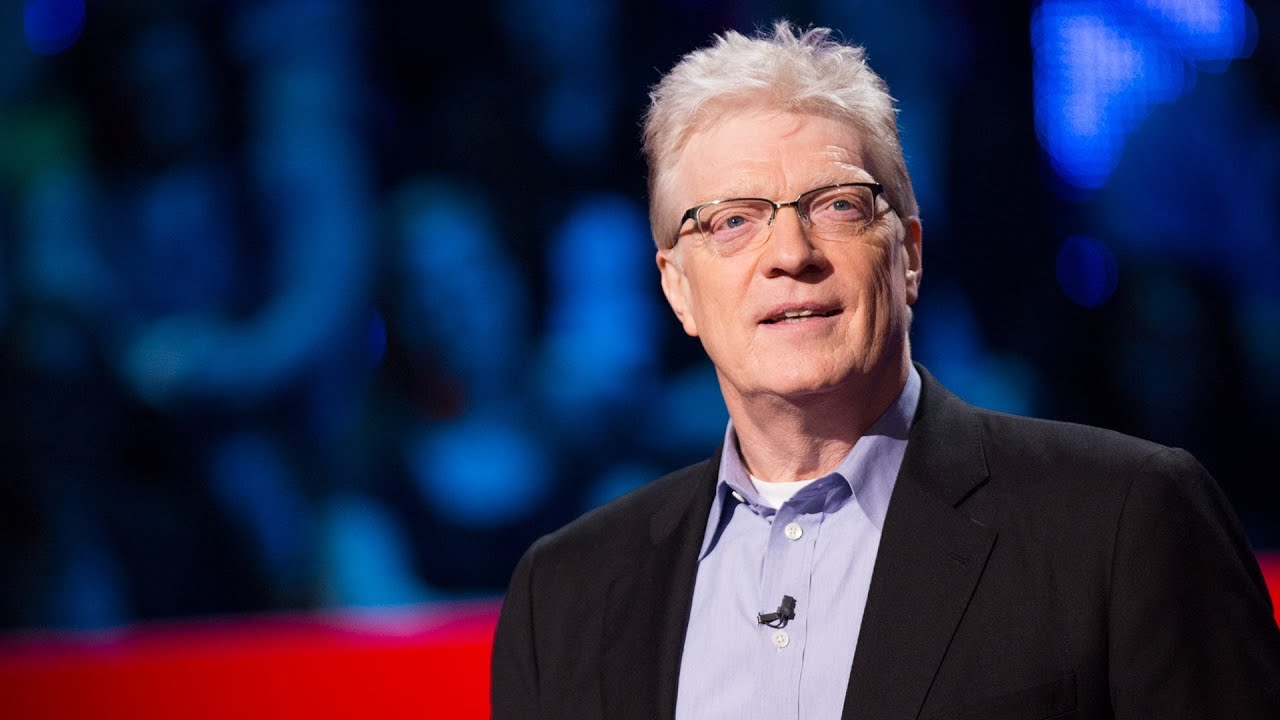 It's funny how when I'm out of school, I want to learn more...It's almost as if the school system sucks.

the scariest part about this talk is that he is essentially lecturing about freedom.

he's lecturing a room full of americans about the basics of freedom.

by The Agency 9 months ago

my friend is dead

by rory sly 11 months ago

my whole academic life has been so far just studying to pass exams.

by Ilse Leal 10 months ago

I often watch this Ted Talk when needing extra encouragement as a home educator. May you Rest In Peace, Sir Ken Robinson. Thank you for sharing your wisdom.

by Gracie Wheeler 3 weeks ago

Teacher: Grade is just a number.

Also teacher: Judges your future because of your grades

It wasn't until I left school that I discovered how interesting learning can be - including what in school I found tedious.

This guy: I-
The audience: [AGRESSIVE CLAPPING]

6 years later, something has happened: its even worse now.

Who is here after learning about his passing? 😭

Rest in peace, dear sir. Rest in peace. You've inspired many including myself, and we'll do our best to continue carrying your torch.

"If you sit kids down hour after hour doing low-grade clerical work, don't be surprised if they start to fidget."


I literally clapped along with the audience.

"If there's no learning going on, there's no education going on." He hit the nail on the head. In America, they don't educate, they indoctrinate. The only class I ever had in 12 years of public school that taught me to think was dropped after one semester because students struggled to "do well" (get a good grade). If every class was like the "experiment" they tried in our school, the entire nation would be far more intelligent, productive and successful.
But America WANTS to dumb down its students, because an uneducated population is much easier to control.

I just finished college, all these years of schooling have been mostly miserable.

Now I spend a lot of time learning things on youtube for fun and out of curiosity.

by Karl Dilkington 11 months ago

Me: how to pay taxes

by Sean Noone 2 weeks ago

I love Sir Ken Robinson. He's so right. I've been teaching for 20 years and left. I left because I didn't agree with the direction that education was going. I didn't agree with Restorative Justice or passing laws stating that a very disruptive student can't be removed from the classroom so no one learns. I truly adored my students. I was constantly thinking and looking for ways to make the "curriculum" interesting, fun, and and a place you want to come to. I've succeeded many times. I'm a hands-on teacher so it was a lot of work. But I taught my 7th graders how to scale large objects. Took them on field trips where they had to accomplish different tasks. One of my most rewarding moments was when one of my students said that he "didn't know science could be so fun". And yet I was routinely given "bad students". The kids that were difficult to teach while the other teachers would only teach AP students, Honors students, etc. But they said very clearly that they ONLY teach high level students. Funny but my license looked just like theirs. So I told the registrar to just give them to me. I dislike the politics in the Administration where they do your evaluation but the first time they score you very bad and then the last evaluation they walk around proclaiming how effective you were. Great, Fantastic. So I asked someone how can you change so much from one evaluation to the next and the answer was that the Administration has to show improvement. To me, doesn't make any sense whatsoever. The last school I taught in there were more teachers leaving than staying. There has to be a better way to evaluate teachers. Because I could be great in one school and then suddenly you're doing nothing right. I do miss some things in education. The students I taught but there are somethings I won't miss.

by Leslie Lang 10 months ago

by Nicole Chambers 3 months ago

by glitch gamer 9 months ago

I honestly can't decide if this gentleman should become the head of public education in America, or America's next great stand up comedian.

"Children are natural learners. It's a real achievement to put that particular ability out, or to stifle it. Curiosity is the engine of achievement."

by Mark Martens 9 months ago

One of the best Ted talks I ever watched

by Sohail Akbar 11 months ago