#beijing #hk #national security law reaction #hk national security law #News & Politics
Subscribe to our YouTube channel for free here, https://sc.mp/subscribe-youtube
Beijing’s passage of the national security law in Hong Kong on June 30 has drawn international criticism. The European Council said it “deplores” the move. The US has condemned the law, and legislators called for “severe consequences”.The legislation marks the most significant change to the Basic Law, Hong Kong’s mini-constitution. It was passed unanimously by China’s top legislative body, the National People’s Congress Standing Committee on the eve of the Hong Kong handover’s 23rd anniversary, but full details of the new law did not emerge until 15 hours after.
Follow us on, Website: https://scmp.com
Facebook: https://facebook.com/scmp
Twitter: https://twitter.com/scmpnews
Instagram: https://instagram.com/scmpnews
Linkedin: https://www.linkedin.com/company/south-china-morning-post/ 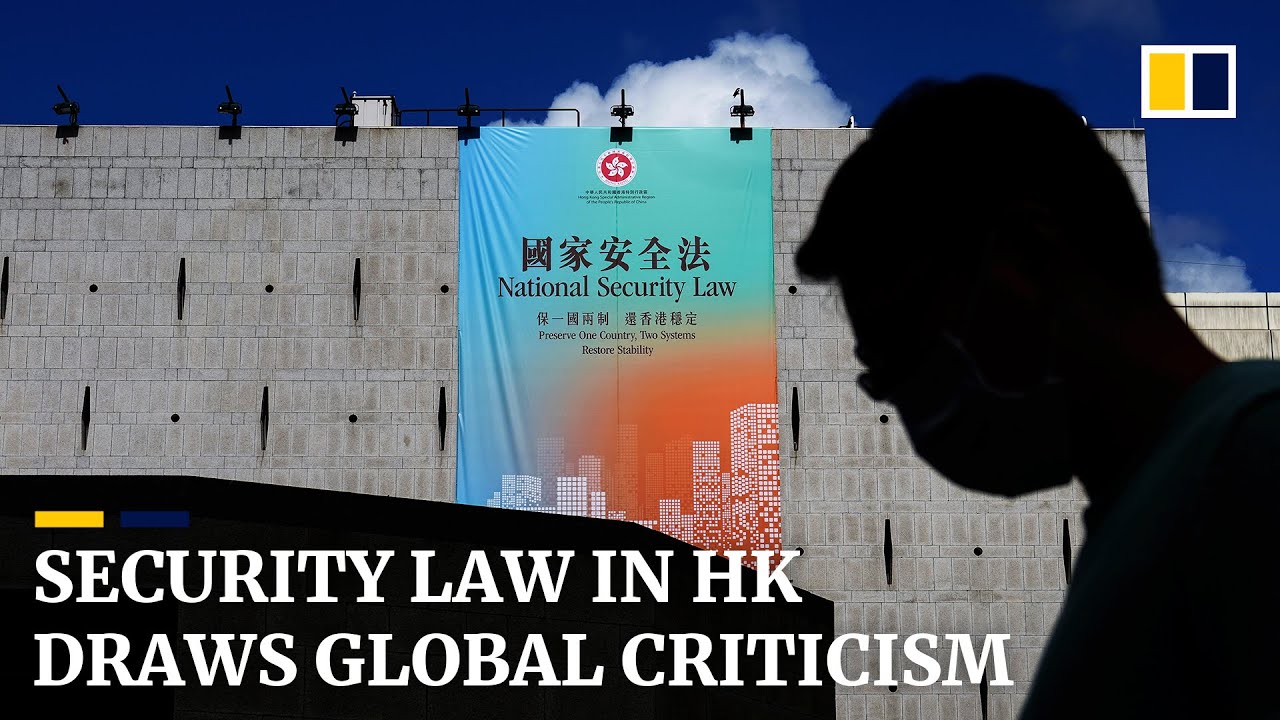 China passed it knowing very well that the self declared international police and its cohorts wouldn't like it so why would China care about what they say now? Yawns

by Ainz Ooal-Gown 2 months ago

This is funny, a national law to secure the local province of a country from foreign interference, spy activity and unlawful demonstration is being criticize by foreigner?

by Rudeus Machina 2 months ago

Many countries have national security laws, including those who criticize, how hypocritical !!

by Pavlova 2 months ago

by Wayne H 2 months ago

HAVE ANYONE SEEN JOSHUA WONG AROUND? THE CHINESE GOVERNMENT WANT TO TAKE HIM DOWNTOWN TO HAVE DIM SUM!

by Alan Tran 2 months ago

Every country in the video has this law. The real reason is that Hong Kong is the intelligence center of the West in the Asia Pacific and this law will harm their intelligence interests.

by Foster 2 months ago

Someone already gets arrested for promoting the idea of independence in Hongkong. Let’s be honest here... no country will allow an independence movement like that to grow. Not even Australia, USA, and all those countries that like to criticize China. Supporting those people will ultimately backfire but the West have never learned from their mistakes. They supported Hongkong protests and had to face the similar protests nearly a year later. People saw Western leaders agreeing with Hongkong protesters and they, in turn, become motivated to do the same in their own countries. What goes around comes around and it’s a dangerous game to play.

by Tchd Yeah17 2 months ago

international aka. the US allies

These countries, don't they themselves have some sort of national security laws or those against sedition? Why criticise China for having one for chaotic HK?

by Bonnie Anderson 2 months ago

They only regretting is they cannot destroying hong kong and china development anymore- this is their true Excuse reason.
Other reason is just lying to forced or suppress china to remove any laws but not affect amd not eligible.
China is no longer of hundred year of china.
China is not free country or area you can messing around or destroy it.

by Matthew Peung 2 months ago

International police running rampant lol. The US can’t set up a military base in HK anymore how sad!!!

by Your Mom 2 months ago

Every crime committed by the United States oftentimes silenced from the West, the east is already guilty of possible crimes

by Dennis White 2 months ago

try those who criticize in changing their position with those who are criticized, do they still act like this? 🤦🏻‍♂️

Why are they critiquing China when they have some SERIOUS issues to resolve....

nope. International audience also approve of that security bill. Me included. Just think that only in colonial mindset have criticism anything china do

by jason lu 2 months ago

yeah criticism from global rioters
So?

The bias is clear. How do you criticize a law without knowing what it is? Why don't they criticize their own security law?

by David Wong 2 months ago