Gerard Butler sings 'The Music of the Night' ⇅


#interview #The Music of the Night #sing #documentary #Entertainment


#The Phantom of the Opera #Gerard Butler 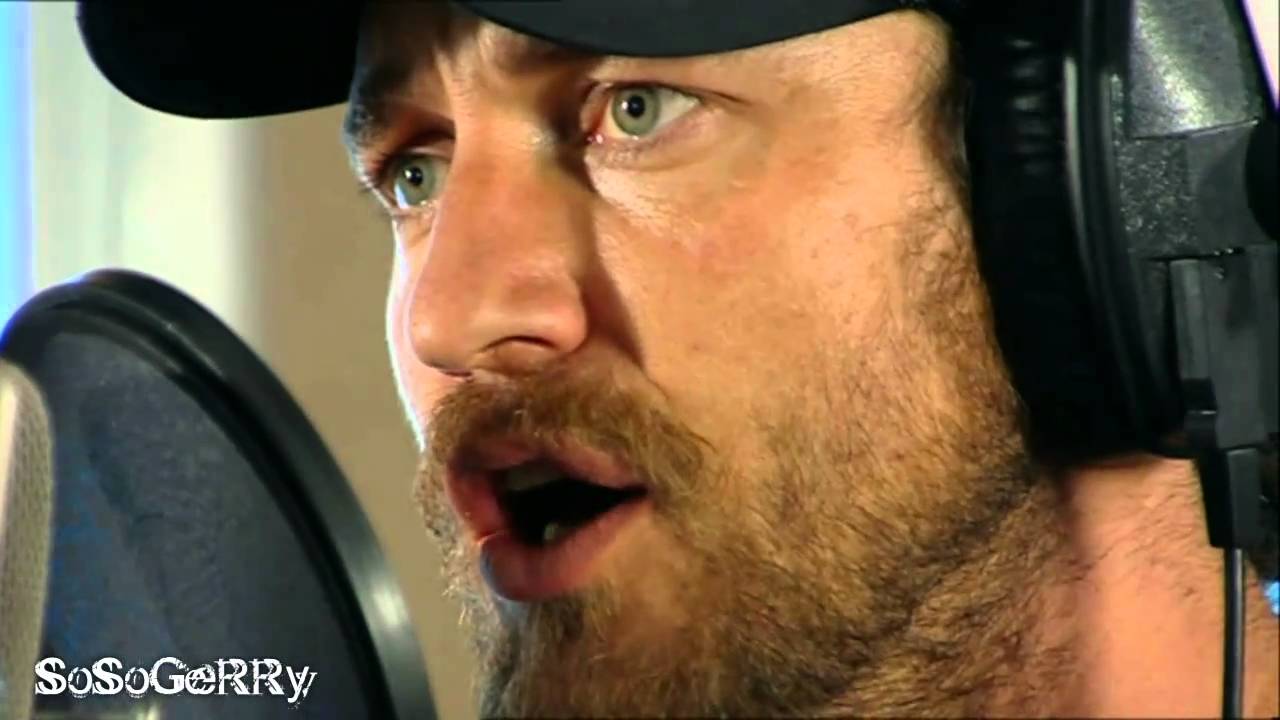 Gerard Butler sings 'The Music of the Night' SoSoGeRRy photo

I think Gerard understood the Phantom the best and obviously sexed up the role a bit, making it more passionate and, for me, more believable. He may not have the same operatic voice or vibrato the other phantoms had but I hardly notice because he still hits the notes and his voice is still pleasant. And most importantly because he plays the character so convincingly. Best phantom in my opinion.

by paige block 6 years ago

by Mire Vale 4 years ago

I grew up with Gerard as the Phantom, so to me this is what I always picture the Phantom's voice to sound like.I do wholeheartedly respect all broadway, but for me, I prefer the more cinematic sounding vocals that the movie has because they sound more raw and real to me; it's what I grew up with, so I will always love it. (just my opinion I know many people will disagree)

I love Phantom of the Opera (the movie version). Gerard Butler is not a trained singer, but he sings from the heart. To me, that's natural talent there. Antonio Banderas and Michael Crawford have good voices too, but Gerard is the real deal, at least to me personally.

i've heard many other phantom's but i still like his voice the best for the role. it sounds like he's on the verge of tears when he sings and that to me,, makes the character work. Ramin's is more showman-ish and Norm's is powerful, but Gerard's is full of pain(but still in tune)

by Faizal Ali 4 years ago

If I were Christine, I would have married this rockstar of a phantom!

by lulu the cat 3 years ago

Im the only one who wants to kiss him watching this?

by Alex Viña 5 years ago

What I came to understand in watching the film "Phantom of the Opera" vs the stage productions is that it's an entirely different venue.  I think choosing Gerard Butler was overall a very good choice.  Yes, you can criticize his vocals -- they are not pitch-on perfect, but for what he lacks in singing talent he makes up for with his acting ability.

Richard Burton was, after all, cast to play Arthur in "Camelot," and Richard Harris was cast in the film.  Neither were virtuoso-type singers but brought a gravatas to the stage and screen.

I also personally find Gerard's renditions to be really heartfelt -- something I do not detect in the stage performers.  There's a vast difference between an excellent singer and an actor who has singing abilities.  If you are making a movie, with lots of close-up shots, you want someone who can emote and seem close to breaking down in tears at any unexpected moment.  You also want someone who is basically handsome despite having to wear a mask over a portion of his face.  That's not an easy role to cast.  The movie is not a musical stage production, it's not a documentary.  It's a film interpretation, and for this reason, the casting HAD to take into consideration not just vocal virtuosity but acting talent.

You can listen to Andrea Bocelli sing "The Music of the Night" right here on YouTube, and you cannot equivocate the power of his vocals.  At the same time one must realize that Bocelli is JUST singing.  He's not even attempting to demonstrate any anguish that the Phantom might be feeling -- and why should he?  He's not trying to BE the Phantom.  He's merely singing a popular song.  Therein lies the difference.  As a casting director you have to go with the best actor ... who can also sing.  And, in my opinion, I prefer Gerard's vocals over most (if not all) of the others because my ears can dismiss the pitch-perfect qualities and zero-in on the anguish that lays beneath.

by Thor Odinson 5 years ago

SEXY.........with or without the mask.
Gerard was the perfect Phantom!

Gerard Butler's performance as the Phantom is really underrated. I thought he was phantastic 😉

by Shannon Reviews 5 years ago

The only Phantom I can actually believe wanted or loved Christine, and has such a wonderful voice. I appreciate the rock edge he brought to the role.

He looks so focused and a bit terrified...his voice is not the perfect one but it is so seducing, charming and appealing...particularly in this song + Wandering child. I cannot get it out of my head...

Don't get me wrong I LOVE Ramin but Gerard brought so much raw feeling to the phantom that it gave me chills. Such an amazing voice!

by Kiarylane Cuevas 4 years ago

Can there be a sexier man in this world ?no

by andy 4 years ago

I know that he's not the best singer, or trained, but he brings this mystery to the music no other phantom seems to be able to do.

Andrew Lloyd Webber chose him it's his music and he liked Gerard's voice. It's up to him what the phantom is supposed to sound like and be like I think he knows more about his own characters than you.

by Paris Jones 6 years ago

" He is not a trained singer" Perhaps that is why he is my favorite. He puts so much more into it than the "stars".

by kathy williamson 5 years ago

Im not just saying this but Gerry is probably the best Phantom of all time voice and all. I feel more emotion and he really isnt a terrible singer

by Deanna On A Journey 5 years ago

People are crazy his voice is beautiful.

by ya boi Tehn 3 years ago

Who else can't believe that this is the same guy that shouts THIS IS SPARTA! and then u watch this movie and u say wtf happened

by The Real Albondiga 3 years ago