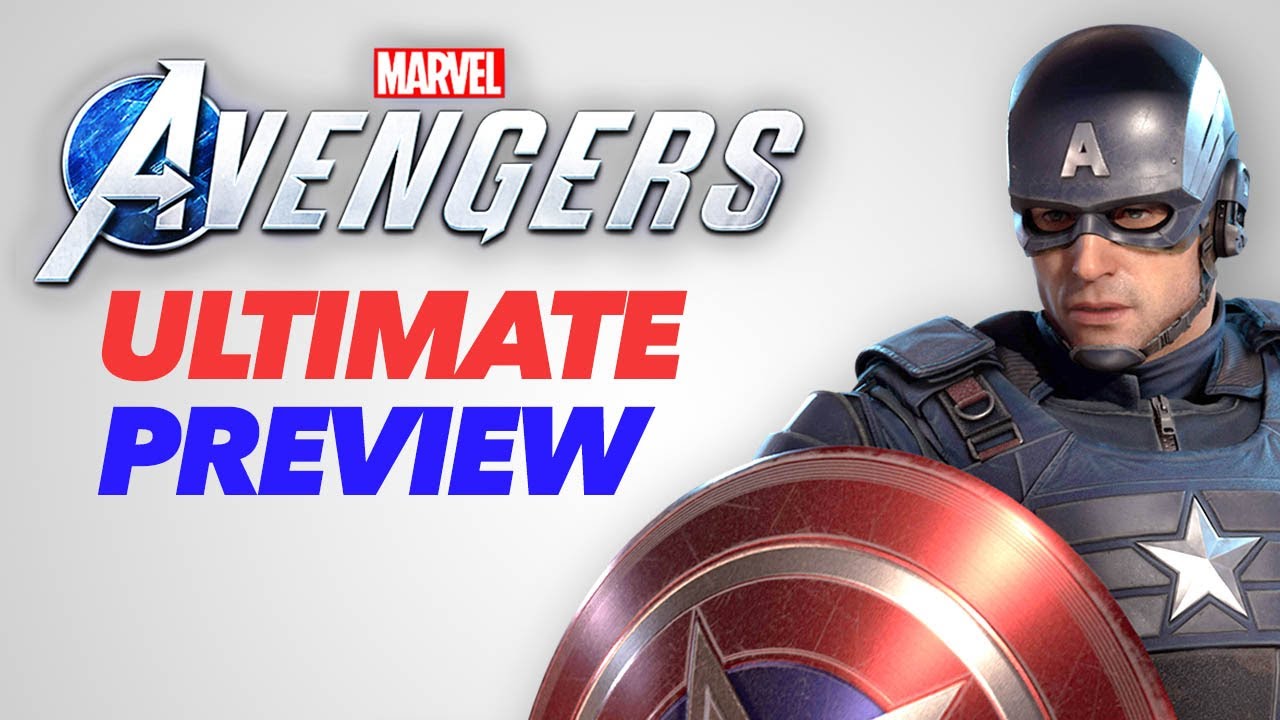 Go to and use code QUESTMODE to get 70% off a 3-year plan and protect your identity online!

by Quest Mode 5 months ago

The world could use real life Avengers right about now

Man, you've done more to hype me up for this game in minutes than Crystal Dynamics has done in months.

by Erion 5 months ago

This guy never fails to get me hyped for a game

by L Treasure 5 months ago

Just wanted to leave a comment of appreciation for how much effort goes into your videos, keep it up!

My biggest concern about this game is that they will homogenize the open world content, such that playing as Hulk or playing as Black Widow will end up being functionally identical, with the same enemies taking the same time to kill, just using cosmetically different actions to do so. I want the characters to be as diverse as they should be, such that if Black Widow can beat up an enemy in a few seconds, then Hulk can swat a dozen of them away in a single second, while if an enemy poses a threat to Hulk, then there's little Black Widow can do but run, and the balancing factor is that there will be specific tasks around the map that each character is good for, and if you're playing those characters you need to ignore the other threats and let the rest of the team handle it while you focus on your own tasks. Ideally you would be able to swap between characters as needed to handle differing threats.

by Tim Ogul 5 months ago

I love their decision to make the entire game's content able to be experienced by one player. More games should do this. Even MMOs.

by Iron Ninja Bat 5 months ago

It is indeed the ultimate preview, good amount of info (half of it I didn´t even heard of). Suscribed!

by Adrian Vereda 5 months ago

so basically this is ultimate alliance but improved

The set up looks okay, but I really don't want to play as Kamala.

by Clinton Leonard 5 months ago

I had zero interest in this game but this looks much better than I thought. I'll have to keep an eye on this.

by Erick Delgado 5 months ago

You've got a subscription from me, my man.

With the Cyberpunk vid, you made me even more hyped for a game I've been looking forward to more than any other.

But in this video, you did something even more amazing. I always liked the idea of this game, but the marketing and presentations on it never sold it. I didn't know what the game was. Now I do through this video and I'm incredibly hyped. You should work in PR/Marketing 👏🏻

by Ross Leyshon 5 months ago

In the podcast Scot said, “They are three types of missions. Main Avengers Missions, Hero Chain Missions, and Warzone Missions.” The Main Avengers Missions will directly be about the main campaign story missions so when you see the Avengers “A” logo those will be campaign missions. Hero Chain Missions are character story arc missions and he used Black Widow for an example. When you’re in the wartable and you see Black Widow’s symbol those will be her story arc missions that can be based in the past, gaps between the 5 year tone jump, or in the present. He also said that they won’t be in chronological order and also in post launch they will be releasing new Hero Chain Missions for our main core avengers and with every new character that gets released in post launch they will have Hero Chain Missions. Warzone will only be for the multiplayer aspect of the game. When we see the Warzone logo in the wartable then that will let us know those will be specifically multiplayer missions.

by Tristan Turner 5 months ago

I have concerns about this game but this is a terrific preview.

by The Sprawl 5 months ago

The more info i see on this game the more underwhelmed i am. Man i hope this game exceeds my expectations

In the PS podcast interview, they mentioned during hero design questions that they are working on Hawkeye

by Critical xMiss 5 months ago

I just want to play Dr. Strange, Wong, and Black Panther. That's all I need to be happy.

by Greg Long 5 months ago