#Overly Sarcastic Productions #dragons #Storytelling #Myths #Education
Check out world anvil at https://www.worldanvil.com/overlysarcastic, and don't forget to use the code OVERLYSARCASTIC for 20% off a Master or Grandmaster membership!
Dragons! They're big, they're scaly, they're legendary! But how deep does the wyrmhole go?
Our content is intended for teenage audiences and up.
PATREON: https://www.Patreon.com/OSP
MERCH LINKS: https://www.redbubble.com/people/OSPYouTube
OUR WEBSITE: https://www.OverlySarcasticProductions.com/
Find us on Twitter https://www.Twitter.com/OSPYouTube
Find us on Reddit https://www.Reddit.com/r/OSP/ 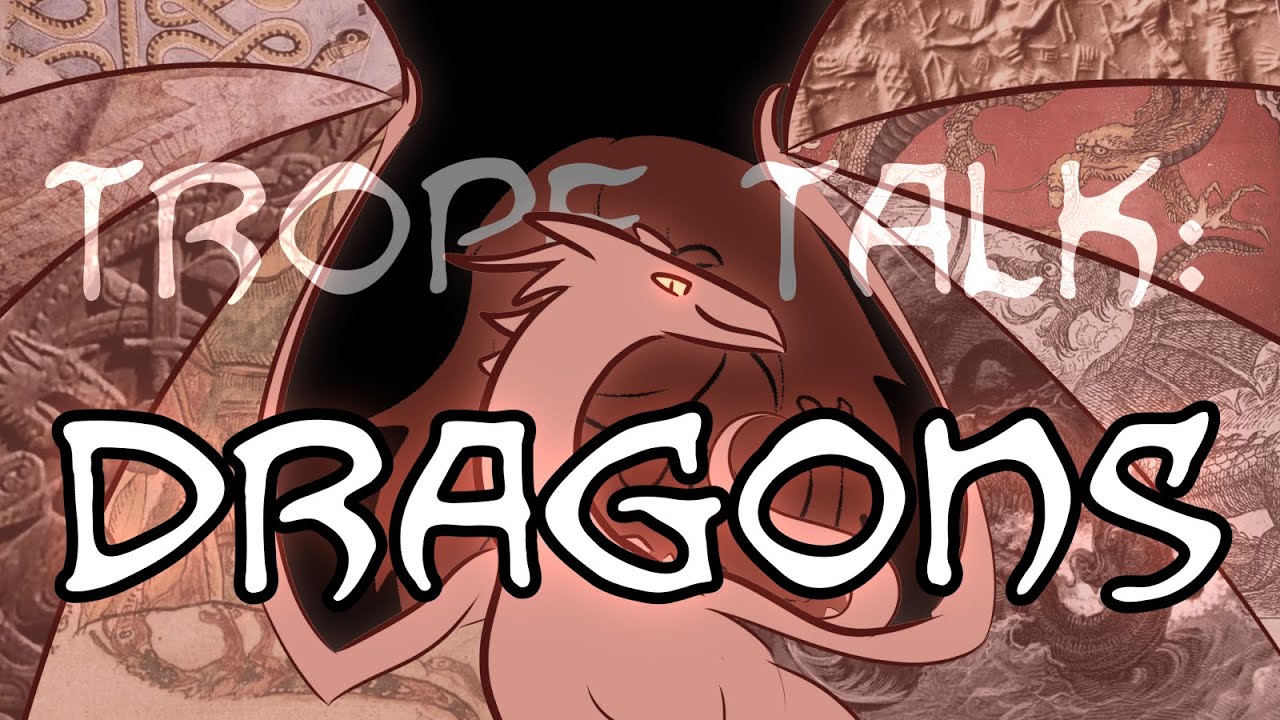 "Dragon isn't a specific type of creature, it's a category, like fairy or demon"

That's honestly the best way I've heard it put. I've definitely gotten into debates with people who insist that "wyverns aren't dragons" like there was ANY kind of universally agreed upon definition for the term.

Edit: And here comes the "well actually" crowd. Seriously folks, it's such a pointless hill to die on.

by Jack Carlson 5 hours ago

“If you thought it was actually a curved, spiked club, it’s actually a fun sized dragon.”

And just when you thought Aztec mythology couldn’t get more metal, we get god wielding dragons as personal weapons

Admit it, Red, you picked this topic just so you'd have an excuse to draw a bunch of sick-ass dragons, didn't you.

(Not that I'm complaining, mind.)

by Alycia Shedd 6 hours ago

by Stage play 7 hours ago

"Storm Gods vs Dragons is more universal than you think."

Remembers how the storm deity of my DnD campaign wrestled his Eastern Asian inspired dragon servant for nearly five hundred years straight before defeating the dragon, resulting in the dragon's servitude

Oh my god, I had this idea for MONTHS, I guess it's more ingrained in fantasy than I thought.

by Jude Fergusson 3 hours ago

Note on the Aboriginal Dragons:
The Rainbow Serpent is more an North & Eastern Australian (Queensland, Victoria, New South Wales) thing. However there are still some dragons/massive fuck you serpents elsewhere (it’s Australia, we have a lot of snakes). In the flinders ranges the Adnyamathanha peoples (of which I have a friend who is one) Specifically in Wilpena Pound (I visited it and stayed around a Snakes head) have a story. Wilpena pound is shaped in an oval and the myth goes

‘Yurlu the Kingfisher was called to the Ikara/Flinders. And on the way make some dampa, over a big fire so he knew the way home. The fire was so big and bright it formed the coals of a now nearby mine. There he buried the dampa and continued on his way (Miners actually found something cool there, about the dampa, look it up). When he arrived there was a celebration, as the people had seen four bright stars rising. However it was an illusion. It was instead two Akurra, giant serpents (again, really cool as a Palentologist as we have found giant megafauna serpents around the time aboriginals arrived) had set out from Arrunha Akurra Awl (now covered by Aroona Dam) to travel south to Ikara (Wilpena Pound). The Akurra Valadupa(male and female) entered Ikara through Vira Warldu (Edeowie Gap) and camped at Akurra Awl, a large waterhole. When Yurlu the kingfisher arrived, the ceremony was well under way. Yurlu snatched the firestick from Walha the turkey and threw it up into the sky. This stick turned into the red star Wildu (Mars). The two Akurra came up on either side of the ceremonial ground in whirlwinds and caught and ate the people.
Only four escaped - the two initiates (Vardnapa ~ the new Vardnapa, and Yakamburu ~ the new Wilyaru), Walha the turkey and Yurlu the kingfisher. Walha and Yurlu flew off south and the two initiates fled eastwards, watched by the Akurra. The bodies of the two Akurra form the sides of Wilpena Pound.’

Sorry about the long post but yeah, I climbed to the top of one of the Akurra’s legs while there!

by Glitch Gaming 3 hours ago

by L Guffee 1 hours ago

Red: "Let's be real, the ultimate fusion of human primal fears would probably have a lot more spiders involved."
Now I want to create an offspring of Ancalagon and Ungoliant for the ultimate fear inducing monstrosity

Storm gods: exist
Literally every single dragon: Why do I hear boss music?

I mean, technically speaking, Iroh definitely fits Tolkein's definition. Central to the machinery and important to the themes of the story.

by Lord Scolipede 5 hours ago

Dragons:
Storm Gods: Finally, a worthy opponent. Our Battle Will be *Legendary*!

by Bishop 6 hours ago

Red, a person of culture: Dragons are not clearly morphologically defined
Some moron on the internet: BUT SKYRIM DRAGONS ARE WYVERNS NOT DRAGONS CAUSE THEY DON'T HAVE FRONT LEGS!

by Griffin Ray 2 hours ago

An 18 minute video to explain humanity has been pulling the "Is this a pigeon" meme for generations, but with dragons.

by Just Some Guy with a Mustache 3 hours ago

What about the Ender Dragon?
It's made of squares.

"Why are dragons so widespread?"
What you said + dinosaur fossils.