#hip hop reactions #the bigger picture lil baby #the bigger picture reaction #music #Entertainment
#LilBaby #BlackLivesMatter #TheBiggerPicture
Follow me on twitch: https://www.twitch.tv/nolifeshaq
Link to original video: https://www.youtube.com/watch?v=_VDGysJGNoI
Intro Music made by : https://www.youtube.com/user/joeynatomusic
Thanks for 1.9 Million, lets get to 2 Million by JUNE!
Click Here To Subscribe! https://www.youtube.com/channel/UCKUCm3FepRrl-VKhq0Wwajg?view_as=subscriber
* FOLLOW MY SNAPCHAT: nolifeshaq
● FOLLOW YA BOY ON TWITTER https://twitter.com/NoLifeShaq
● INSTAGRAM https://instagram.com/nolifeshaq
Comment more vid ideas below!
*Copyright Disclaimer Under Section 107 of the Copyright Act 1976, allowance is made for "fair use" for purposes such as criticism, comment, news reporting, teaching, scholarship, and research. Fair use is a use permitted by copyright statute that might otherwise be infringing. Non-profit, educational or personal use tips the balance in favor of fair use. No copyright infringement intended. ALL RIGHTS BELONG TO THEIR RESPECTIVE OWNERS* 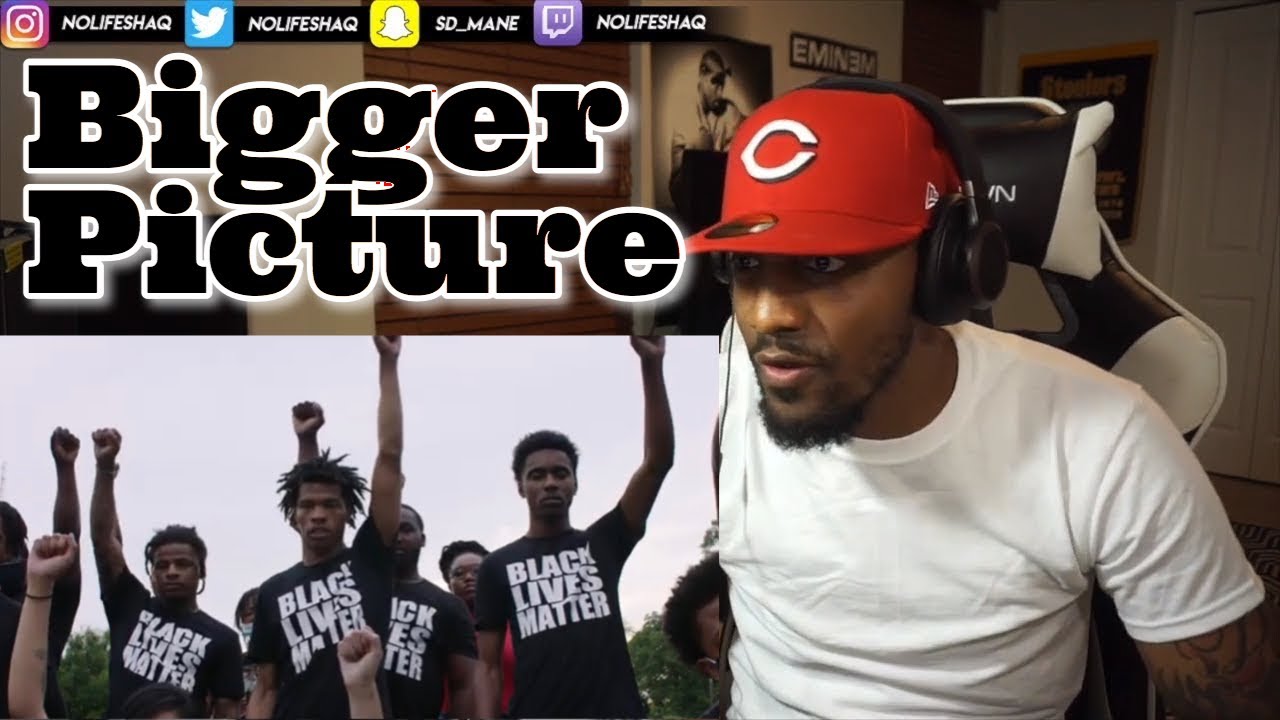 by No Life Shaq 4 months ago

“Every colored person ain’t dumb and every white ain’t racist, i I judge me by their mind and their heart not by their faces!” Mmm it hit different

by red cheetos 4 months ago

He's not mumbling it's just the way he talks

by justin herman 4 months ago

There comes a time when silence is betrayal - Martin Luther King Jr.

by Trey Shorter 4 months ago

So many people say Lil Baby is mumble rapper, but real ones knows he is a legend in the making

"They killing us for no reason, this $hits been going on too long to get even"

by d glove 4 months ago

Finally someone who doesn't say he's a "mumble rapper." Baby been lyrical, y'all just ain't admitting it.

by Vise_ Atoxity 4 months ago

Lil Baby's a real G for this one.
Lol just kidding lmao!


He was a G from the start.

by Carson HALE 4 months ago

Hope he don't die before his time. He really a goat for this new generation & still relatable for old heads like us crazy this man really spoke up

by Christian Cintron 4 months ago

When song like TROLLZ has more views than this masterpiece ! 😞😫

by Mario Tacchini 4 months ago

This is easily one of the best serious topic songs I’ve ever heard. He turned a serious topic/subject into a banger. He went dumb on the beat 🔥 this shit gave me chills when I heard it first

by Female Doggy 4 months ago

“The system is wicked, just learn how to pick-it”

Like picketing during a protest
Or pick at the system till it gets right
Or pick a new system that works.

by Peter Boyd 4 months ago

LISTEN TO THE WARNING!

"I won't go too deep 'cause I'm scared they'll get me
Ain't scared to admit it, some shit I can't mention"

by Era TV 4 months ago

This song sends possibly the strongest message I've ever heard in a song. Like "I find it crazy the police'll shoot you and know that you dead, but still tell you to freeze" or "They trainin' officers to kill us, then shootin' protestors with these rubber bullets" or "Crazy, I had to tell all of my loved ones to carry a gun when they going outside" etc. I get it, I'm a straight, white male, therefore, my opinion is useless to some let alone that I'm a minor, but just because that's true doesn't mean I can't have an opinion. Just because that stuff is true doesn't mean I don't know the difference between right and wrong. Like goddamn. I was taught from a young age that ALL people are equal, that God created all people equal no matter the color of their skin or their nationality.


But what I find fucking retarded is that police in training have to learn all the constitution and memorize it. Last time I checked police are only able to use lethal force for 2 cases, To protect themselves or to protect others. Nowhere in the ENTIRE FUCKING WORLD anyone says that counterfeiting is an offense that puts others in danger. Derek knew what he was doing, he knew it was murder, he knew he isn't supposed to do that and that he was in the wrong.

At this point I don't trust the government they're doing a shitty job at their job. I know a good handful are doing fantastic and they are the ones I trust but people like Derek make me lose faith in the government completely.

But there is one line in the entire song that I think is a good line, "..all whites aren't racist". He shouldn't even have had to say that. This is saying there are a lot of racist white people out there racist. No one should be racist. From what I've learned, God doesn't regret much but what he does regret is people who think they are better than everyone, people who are racist, people who are sexist, people like Derek. Some of my best friends are of all different races. I have several colored friends, Asian friends, Mexican friends, etc.

If you don't agree with me, that's ok I understand but I just wanted to throw my opinion out there.

But my opinion doesn't matter.


I'm not hoping for likes, I just want to tell you all how I feel about this

I hope you understand where I'm coming from :)


I prefer you don't like, but if you do I at least will know you agree with me

“We black, we all family”- pac

I'm old school hip hop and I think this song is on Tupac's level. I have much respect for this song.. I jam to this song 3-4 times a day

by Fishin with Rich 3 months ago

by Max 4 months ago

by Maejor Millz 2x 4 months ago