#gods country #hip hop #kanye reaction #jesus is king #Entertainment
#KanyeWest #TravisScott #WashUsInTheBloodReaction
Follow me on twitch: https://www.twitch.tv/nolifeshaq
Link to original video: https://www.youtube.com/watch?v=h0U2QUGKbSE
Intro Music made by : https://www.youtube.com/user/joeynatomusic
Thanks for 2 Million, lets get to 3 Million by December!
Click Here To Subscribe! https://www.youtube.com/channel/UCKUCm3FepRrl-VKhq0Wwajg?view_as=subscriber
* FOLLOW MY SNAPCHAT: nolifeshaq
● FOLLOW YA BOY ON TWITTER https://twitter.com/NoLifeShaq
● INSTAGRAM https://instagram.com/nolifeshaq
Comment more vid ideas below!
*Copyright Disclaimer Under Section 107 of the Copyright Act 1976, allowance is made for "fair use" for purposes such as criticism, comment, news reporting, teaching, scholarship, and research. Fair use is a use permitted by copyright statute that might otherwise be infringing. Non-profit, educational or personal use tips the balance in favor of fair use. No copyright infringement intended. ALL RIGHTS BELONG TO THEIR RESPECTIVE OWNERS* 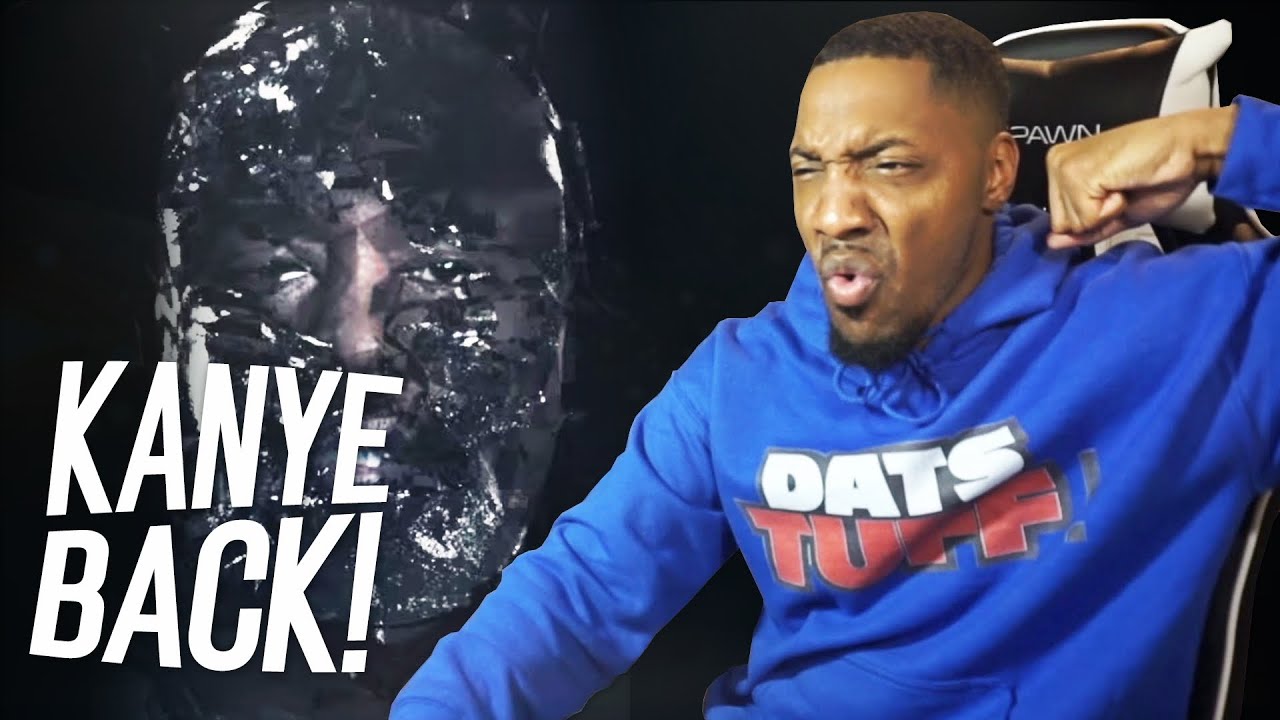 Kanye West – Wash Us In The Blood... No Life Shaq photo

Where the Kanye fans at? 👀

by No Life Shaq 1 months ago

The old guy in the beginning of the vid represents his version of “Black Jesus.” As he went through clips after that he displayed Black woman’s sexual depictions with 2 woman dancing provocative. He displayed sickness through the people breathing (Rona). He shown Black on Black Violence through two Black men fighting. His first clip was with officers (Police Brutality). He displayed images of the culture while repeating “wash us in the blood.” Then saying repeatedly “they see us as thugs.” The clip with the lady preaching beside the Musician. It displays one preaching gospel and the other preaching sin. The musician on one clip ascend down on the stage like a bat. The sea of chains represents mental slavery. Many will see a flowing sea, but don’t notice until later it’s chains. The video game clip reps brain washing too. GTA ain’t a game for kids or people bc it reps (robbery, drugs, prostitution). At the end everybody (mainly white) cheering the culture with the vehicles until they ended up being hit by one of the cars. It lost control. It’s all good until it hurts you (riots & burning businesses). The solar eclipse reps the Aquarium year etc. It represents a change is coming. Js .

by Khayam Kasomwoshi 1 months ago

“I ain’t the wokest person in the world, but I ain’t stupid.”

by Andy McDonald 1 months ago

He's actually talking about corruption and satanic rituals in Hollywood

by Freddy 1 months ago

They tried to label him as crazy as he woke up to the deceit ,now he’s gonna blow up in their face ,the truth will set you free !

by Shaun Thornhill 1 months ago

KANYE IS THE MAN. HES NOT WOKE. HES AWAKE. DONT GIVE IN TO ALL THAT PROGRESSIVE BULL..

by YoYo Toma 1 months ago

by Martian greencpt 1 months ago

by Luis Castro 1 months ago

The fact that my parents still getting brainwashed by the mainstream media is mind blowing to me. I tried to tell them but I guess ignorance is bliss 🤷‍♂️

by Riley Hart 1 months ago

by Sean Stewart 1 months ago

There’s definitely a message. He’s showing all the craziness going on in this World that only the “Blood of Jesus” can cleanse us from and being “Washed in the Blood” is the end result and the calm that’s seen in the end of the video. What a difference having God and Christ in your life can make and eliminate all the craziness. God has given him a talent and he is now using it so give God all the Glory. He is speaking what God would have him say and God is pulling the Covers back and exposing this Worlds system. If only people will listen. His album “Jesus is King” is brilliant and listening to the lyrics I can say I believe he is King in Kanye’s life. Only God can give him the words for those songs. Anyone that says he is blaspheming and I’m not sure what they speak of will let God take care of them. Envy and jealousy is a sin. Bible says give Honor to whom Honor is due. I’m 74 and thoroughly enjoyed every song on the album, “Jesus is King.”

Travis: yuhh
Kanye: thanks that all I need 🙏

by Mussie Tewelde 1 months ago

by Luis Castro 1 months ago

Ye trying to wake up his brothers and sisters how the black man has been kept down for decades. Mental slavery through Hollywood while DemoRAT policies keep you dependent and subservient. Even BLM is a DNC invention and their donations go through ActBlue(DNC). Every election year there is racial drama ... WAKE UP !!!! READ HISTORY !!! WATCH THE UNCLE TOM MOVIE !!!!

by Jeroen De Buck 1 months ago

this is simply a message to the satanic leaders than he stands wit God.

by Coach 1 months ago

Y'all noticed he did NOT use the n-word the entire song..

by Z Nismo 1 months ago

by King Mate07 1 months ago

by Josiah Kane 1 weeks ago

This music video is pure genius with relevant messages!!! Notice there’s the coronavirus logo spinning at the end and he says” genocide is what it does”. Just think about it🤔🤔

by Ruben Marona 1 months ago

"I ain't the wokest person in the world but I ain't stupid."💯

by Mark Johnson 1 months ago