The Brady 6: Journey of the Legend NO ONE Wanted! ⇅ 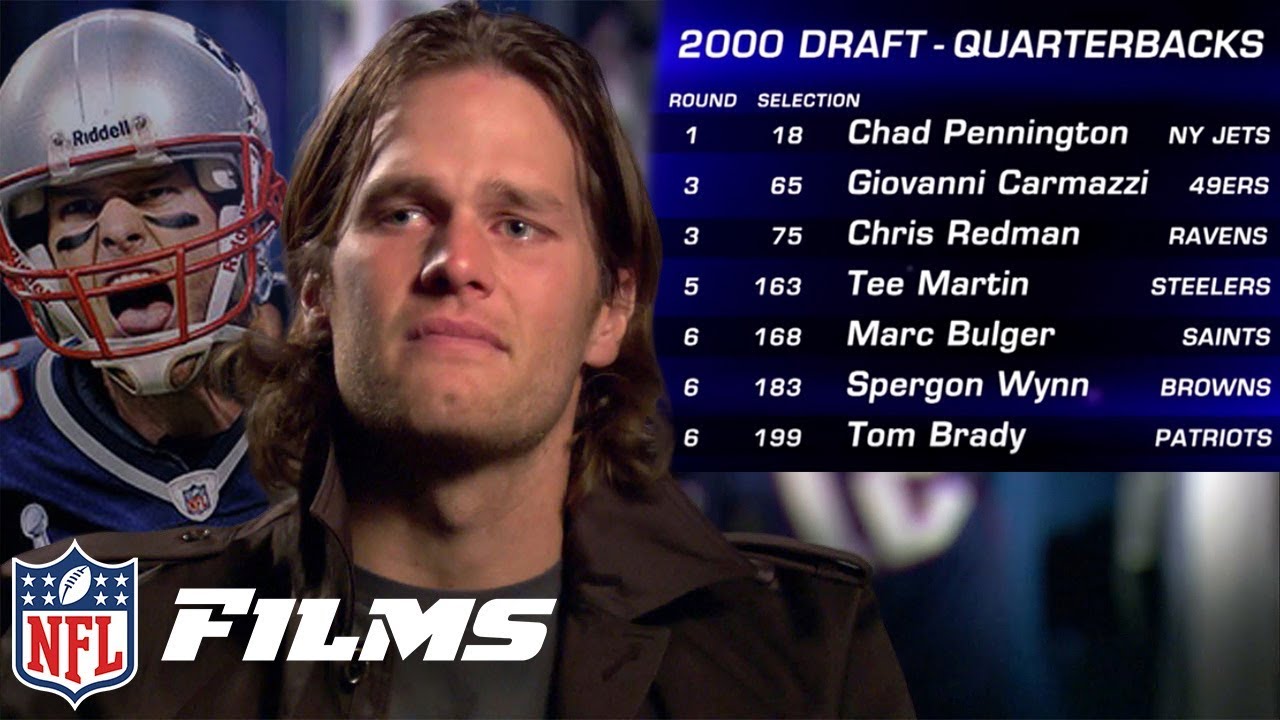 The Brady 6: Journey of the Legend NO... NFL Films photo

Tom Brady got a ring for every QB taken before him... damn that’s the most G thing ever

by Jonathan Valasquez 8 months ago

I'm afraid if I watch this I might actually start liking Tom Brady.

The 49ers do not select Tom Brady

Tom Brady : And that’s when I took it personal

by Captain Coffee Cake 4 weeks ago

Moral of the story:
-People peak at different times
-There are intangibles that cant be measured
-Believe in yourself even if no one else does

by Beatrix Staub 1 week ago

"The next Joe Montana was on the field that day, he just happened to play for the other team" man what an amazing line.

by Xavier Gallardo 3 weeks ago

He added an mvp and doubled his ring count since this film. Jesus Christ

by FBI Stat Major 2 weeks ago

by Derek Boston 1 month ago

Why was this in my recommended, I don’t even watch American football lol. Still I feel very motivated and admire Mr. Brady’s work ethic and self belief

by Abel Mendez 1 month ago

the fact that his draft day still gets to him and makes him emotional even after all the success, shows what type of dog lives inside him

by Tiffani Huffman 2 weeks ago

There is probably a "Tom Brady" out there somewhere selling insurance who would have been great but never got a chance.

"I hate how y'all ditched his ass NFL".

by Jesus Saldana 4 weeks ago

This story just goes to show that most NFL coaches and scouts are idiots. Not because they couldn't predict that Brady would turn out to be an all time great -- nobody could. But because they pay more attention to a skills competition (aka "the combine") than performance in actual games. Just look at Mariucci talking about the combine like it's an end all be all. It makes zero sense: you've got 2 years of real life game data showing Brady performing at the highest level of college football doing things that no other QB did during that span, yet you disregard all that and instead fixate on the combine stats? You complain that Brady's coaches didn't "pound the table" for him, yet you didn't even bother to speak to his college coach (and if you had, you would have gotten much more valuable insight than anything you could glean from the combine). And so you go ahead and pick a guy from Hofstra because he runs faster and throws a better spiral. That's like picking a player based on who can do cooler ball tricks... Idiot!

by Maria Katz 2 weeks ago

They are just twisting the knife on Drew Henson. Poor guy played in the NFL and MLB and gets treated like a bum

by 15donahue 1 month ago

One of the best of all time? I hate tom brady but dont get it twisted, he went to 9 sbs and won 6. He is the goat and it's not even close

by Words of Wizdom 1 month ago

His football career is a Hollywood story a guy who was never given a opportunity he had to earn it worked hard and look at him 6 rings multiple awards to show for it will never see something like this again.

by Poppa Jacks 8 months ago

He added an mvp and doubled his ring count since this film. Jesus Christ

by Toby George 1 week ago

“The next Joe Montana was on the field that day, he just played for the other team”!
Sends chills down my spine every time I hear that.

by Simpson Abril 2 weeks ago

I cant wait for that documentary, tom brady's football career is the craziest one I've ever heard

by William Terry 1 week ago

Can we feel a little sorry for Spergeon Wynn having his first start against the BEST defense of all time?

by Douglas St. 1 month ago