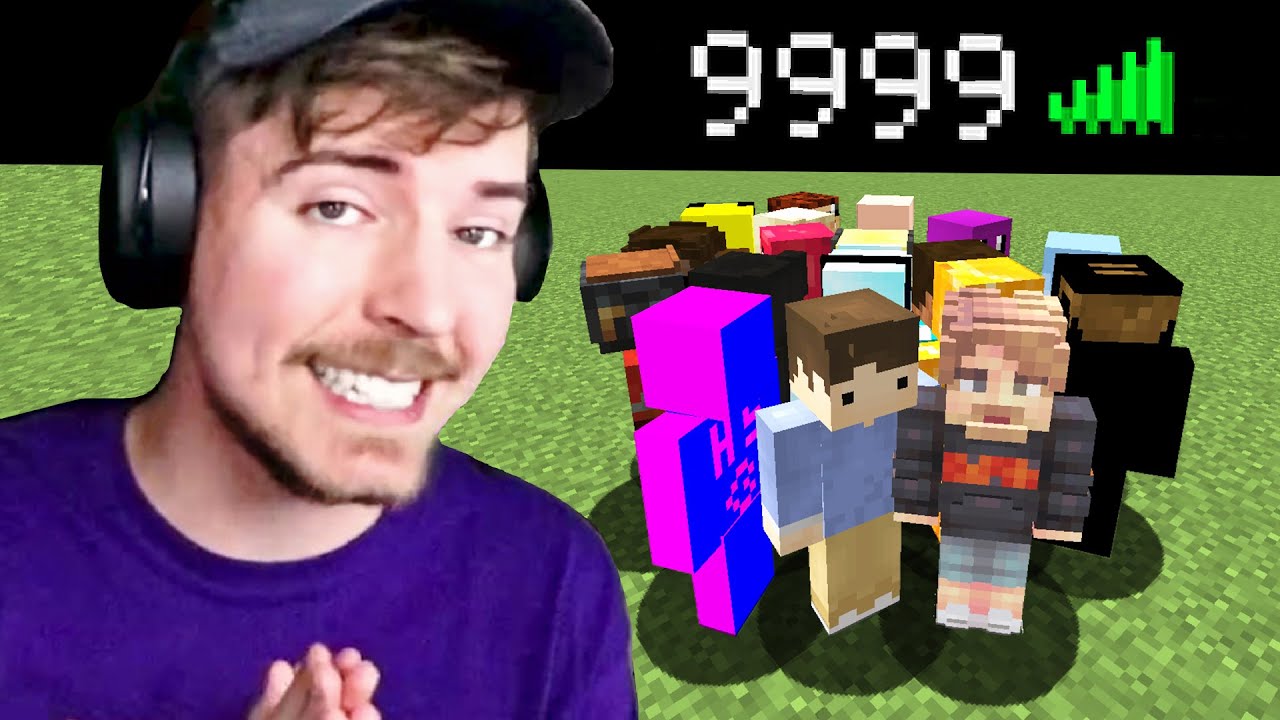 Petition for Jimmy to rent a private island and play a real-life Minecraft with his friends.

by Ray Mak 2 months ago

Karl:"I don't like these naked men running at me."

Eren Yeager: "You get used to to it

by Ollie 3 months ago

"wow you don't even remember your wife's name"
"it's not that I don't remember it.. well, i've never heard it to be honest" lol

by Sonic Fx 2 months ago

I clicked faster than James Charles could say “Hi sisters”

Karl: Let's burn all these trees.

by Aiden Muniz 2 months ago

by Josh Wilson 2 months ago

I forgive you for lagging hypixel

MrBeast: Are you a MrBeast fan if you don't help us crash minecraft servers?
Me: I- I don't have minecraft :(

by crystal RX 14 hours ago

by Tajwar Sultana 2 months ago

by Gavin 3 weeks ago

Day One of reminding Chandler to buy his Ostrich

by Lynne Kennedy 1 week ago

According to optifine: this may be why the high-tier server is laggier than others
"Before answering, we'd like to first inform you of the very common misconception that more RAM = better. This is NOT true, and in fact, this can result in overall worse performance if you allocate too much RAM to the game. This is due to how Java handles something called "garbage collection", which is basically how the game deals with data it is no longer actively using. When giving Java too much RAM, this means the garbage collector will have much more data it needs to remove all at once, which results in massive lag spikes and stuttering framerates.

With that said... it depends. The amount of RAM you need to allocate will depend on how many mods you're using, your preferred render distance, and various other factors. You should only allocate enough RAM to the point where Minecraft's memory usage tops out at ~70%, and never falls below ~50%. You can view Minecraft's memory usage by pressing F3 while in-game, and looking at the top-right of the screen. You should see a line starting with "Mem:" followed by the percentage."

by NcM McD 2 months ago

The thumbnail looks like someone told him to say cheese

by Terry zikusoka 2 months ago

"Somebody put a tree in the sky"

by Pikachu Butter 3 months ago