#michael moore free movie #rumble #earth day movie #michael moore environmental movie #News & Politics
Michael Moore presents Planet of the Humans, a documentary that dares to say what no one else will this Earth Day — that we are losing the battle to stop climate change on planet earth because we are following leaders who have taken us down the wrong road — selling out the green movement to wealthy interests and corporate America. This film is the wake-up call to the reality we are afraid to face: that in the midst of a human-caused extinction event, the environmental movement’s answer is to push for techno-fixes and band-aids. It's too little, too late..
Donate: https://www.paypal.com/cgi-bin/webscr...
(100% of donations go to translation, further articles and viewing & maintaining wide distribution)
Interview with Jeff, Michael, and Ozzie (1hr 16min): https://youtu.be/HBGcEK8FD3w
Hill TV Response to critics with Jeff, Michael and Ozzie (17min): https://youtu.be/Bop8x24G_o0
FAQ, Discussion Guide, Media: https://planetofthehumans.com/
Removed from the debate is the only thing that MIGHT save us: getting a grip on our out-of-control human presence and consumption. Why is this not THE issue? Because that would be bad for profits, bad for business. Have we environmentalists fallen for illusions, “green” illusions, that are anything but green, because we’re scared that this is the end—and we’ve pinned all our hopes on biomass, wind turbines, and electric cars?.
No amount of batteries are going to save us, warns director Jeff Gibbs (lifelong environmentalist and co-producer of “Fahrenheit 9/11” and “Bowling for Columbine"). This urgent, must-see movie, a full-frontal assault on our sacred cows, is guaranteed to generate anger, debate, and, hopefully, a willingness to see our survival in a new way—before it’s too late.
Featuring: Al Gore, Bill McKibben, Richard Branson, Robert F Kennedy Jr., Michael Bloomberg, Van Jones, Vinod Khosla, Koch Brothers, Vandana Shiva, General Motors, 350.org, Arnold Schwarzenegger, Sierra Club, the Union of Concerned Scientists, Nature Conservancy, Elon Musk, Tesla.
Website: https://planetofthehumans.com/ 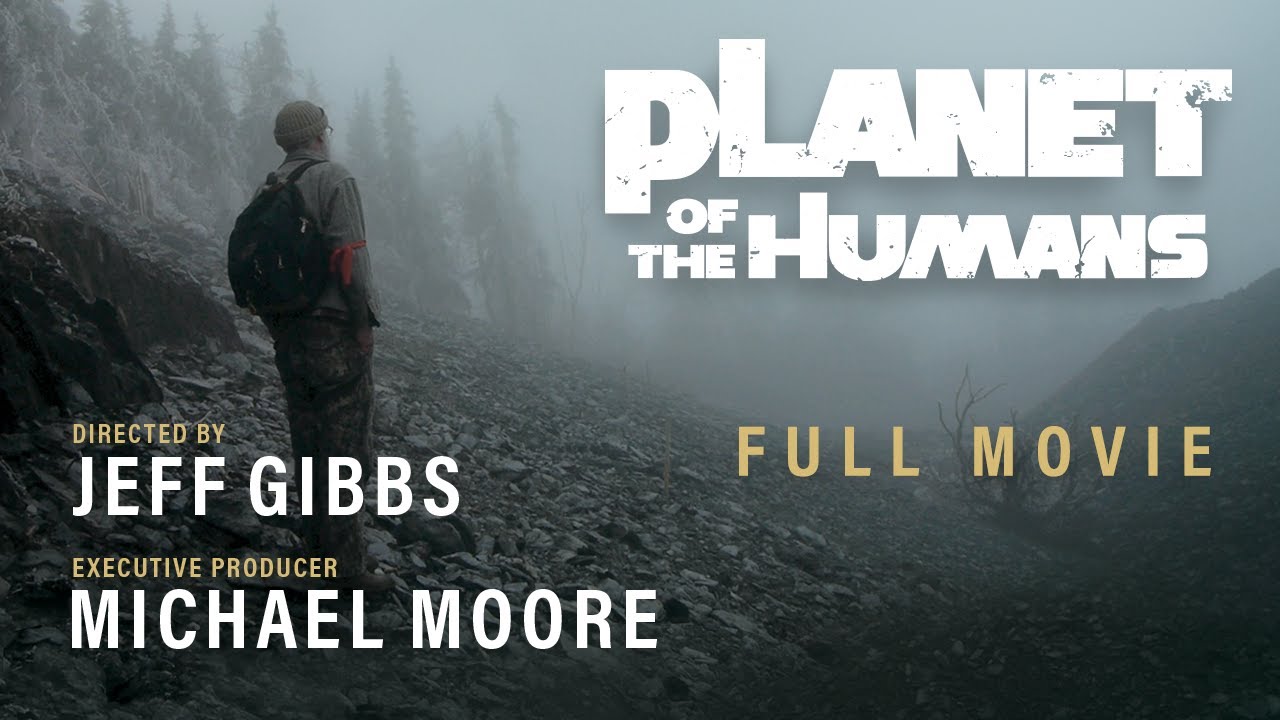