#Jawbreaker 2 #Meatcanyon #25 cents #perfection #Film & Animation
You asked for it so here it is. Thank you all so much for watching!
If you wanna support the channel consider signing up for my patreon or grabbing a shirt!
PATREON, https://www.patreon.com/meatcanyon
MERCH LINK, https://crowdmade.com/collections/meatcanyon?gclid=CjwKCAjw57b3BRBlEiwA1ImytsIJg2f5jjTUXBY8eaZcimspzIOxgIUa-MhLoaSIIqoRpjFS7Pp7zBoCCi8QAvD_BwE
Artist who made this possible, My God Tier Animator: Nathan Wheeler aka Fantishow
https://www.youtube.com/user/FANTASHOW100
Amazing Additional Animation: Sean Glaze
https://www.instagram.com/lordspew/?hl=en
My Amazing Background artist: Davecavedraws
https://www.instagram.com/davecavedraws/?hl=en
My Beautiful Sound Engineer: Justin Greger
https://twitter.com/imadeasong?s=20
The Muse that help me with my music: Samuel Long
Samuel:https://open.spotify.com/artist/1o4eqJumHhKcJrpybBK20R?si=MQg7og1qTvmzJE1Z85OCnA
The Outstanding Special Effects Artist: Molly Wright
https://www.instagram.com/mollywright....
https://twitter.com/mollywright_?s=20 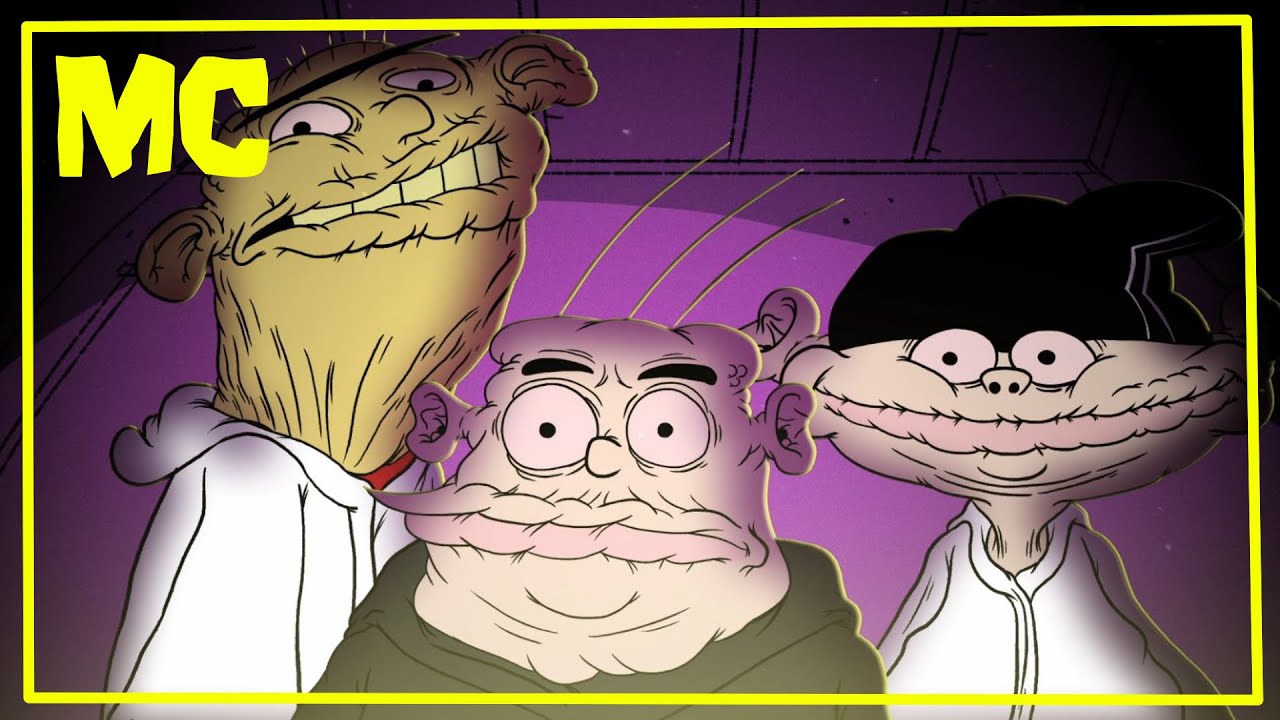 I hope you all enjoyed this being snuck into the million sub thank you video. I’m not to big on making sequels, but I thought this would be fun to make for such an occasion. Thank you all for the support and I look forward to making more videos for ya! Hugs and kisses. -papa meat

Stephen King: "I make the most horrifying stories"

by Dead Meme Face 2 weeks ago

I believe Meat Canyon has what it takes to actually scare me with a movie. I haven't felt this disturbed since I was a cowardly kid. This made me feel like that again. He needs to write horror movies, he's already better than a lot have ever been

The creator of Ed Edd and eddy would love this video. He loves disturbing animation.

“Listen dork!”
I bet Kevin didn’t see his actions bringing him to this conclusion.

by Captain K'nuckles 1 week ago

This is the only channel that actually “goes there”

by Joey Ill 2 weeks ago

by Dusky Racer 1 week ago

by Magrex The Last 6 days ago

Retribution is not only their Truth, but their "God," a glimpse at whom was their sincere promise. In their view, he appears to those who have wronged them in the form of the wrongdoer's own threefold atonement: First, the "vibrant" payment of fear. Second, the intensely brilliant pain of a gruesome death. And third in the peaceful but enforced silence of oblivion. These things are the spiritual form of their god, their "Retribution."

But to his faithful, to the outcasts who take up his gospel of vengeance, he can become incarnate in a form made with the remains of the tormenters once the mission is complete: In this case, the giant, macabre Jawbreaker, their "God" made flesh in the form of something they have spent their lives craving, that they may take communion. In their eyes, this is also not a bad fate for those whose flesh is taken in payment, but is their very redemption: They get to "give" of themselves to form the very body of "God," and--after a moment of intense fear and pain--get to stare upon his disembodied form, the pure essence of Retribution, in the form of their being murdered for their wrongs and consigned to silent oblivion for all eternity.

It's terrifying; it's twisted; but as a fictional cult from a parody, it's also oddly deep and fascinating in its insanity.

I know, I know, this is a lot of thought for a cartoon parody, but "overthinking" stuff like this and treating it seriously is part of the fun for me.

I had commented this before, but can't find it, so I must have deleted it. So if you recognize this but remember it having more likes already, you're not imagining it.

Is no one even commenting the fact that Ed killed his own sister?

by Michael Hurtado 1 week ago

Diavolo: W-what is the truth?

Golden experience: Truth belongs to those who seek it, and i've been searching for a long long time.

by schuy Mac 1 week ago

“Existence is now behind you.”

It’s fascinating knowing you can exist one second and be gone the next. You are alive with thoughts, dreams, and passions. All that is taken away. Turned into a lifeless vessel forever.

That’s what they get for being drawn normal.

by Tracy Here 5 days ago

by Samir 5 days ago

“There’s no way he’s gonna animate Kevin’s jaw being ripped apart. Not on YouTube, no way”

by Spaghetti Master 2 weeks ago

we didn’t murder anybody in this,

Me to my classmates : Ed, Edd and Eddy cartoon is very good
The quiet kid of the class: do you mean Jaw breaker ?

by Overlord 1 week ago

I would love to hear what the Ed's said to the other kids. Nazz, in particular, was usually kind to them. Johnny and Jimmy were usually benign to them, same with Rolf. I wonder if Ed finally spoke when it was Sara's turn. What about the Kanker Sisters? Eddy's older brother?

by Alex Spirit 1 week ago