#Gaming
#PS5 Preorder Wave 3 is potentially happening during Prime Day on Amazon and also at Best Buy. With no announcements from either of them on #ps5prorders it is unlikely they will have any in stock but I am staying up anyways to be sure.
Prime Day officially starts at 3am EST and Midnight PT. This stream will start 2 hours before Prime Day actually begins.
IF you are trying to preorder the #playstation5 or just want to hang out in the chat, feel free to join me!
Consider becoming a member to use custom emoji's and have a green name in my stream chat!
Watch my Generation 8 Pokemon rap if you're on the fence about subscribing...no, seriously, https://www.youtube.com/watch?v=qN8eIkZDSCU
Don't forget about my PS5 Console Giveaway which I will do by January!
My Twitter and other Social Media, IG - JakeRandall72
Twitter - https://twitter.com/Jake_Randall_YT
Discord - https://discord.gg/JjGVhcz
Thank you for watching my Gaming and PS5 Content! 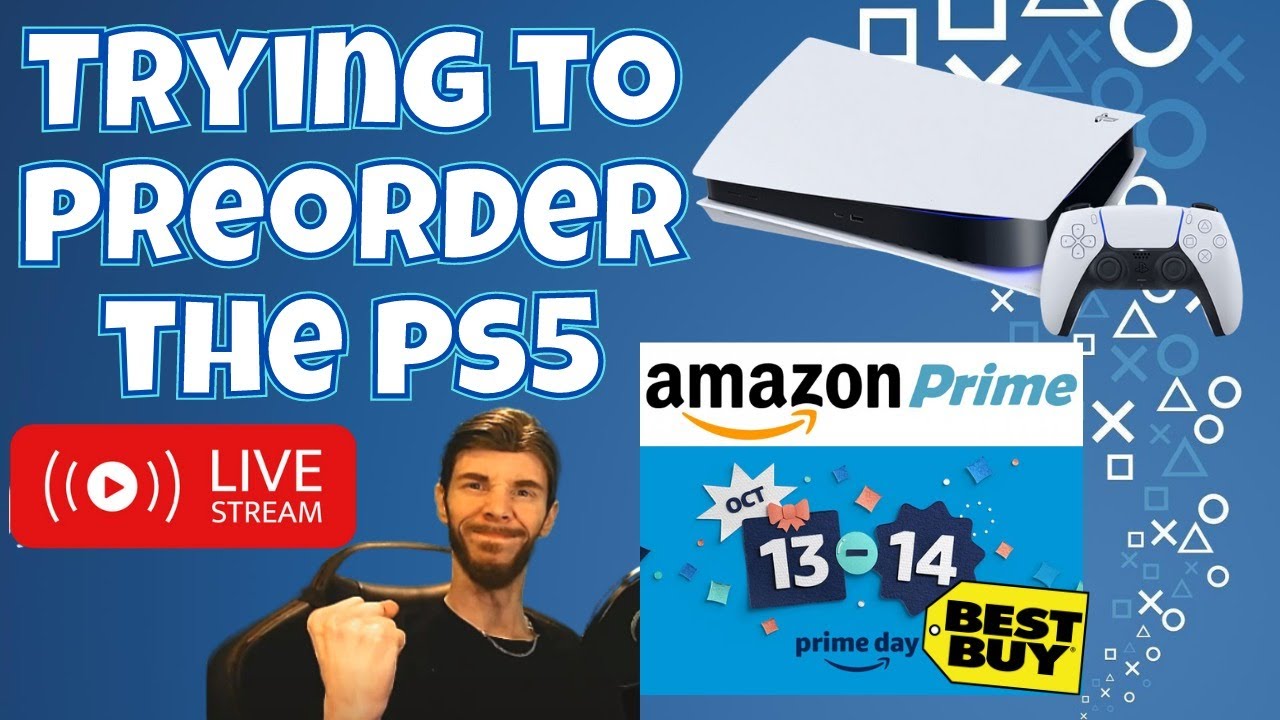 Yeah another bust. I knew this wasn't happening.

The most high will blessed you

by Daniel Banton 3 months ago

you’re a king. keep up the great work

by California Raisin 3 months ago

by NINJA GAMERS 3 months ago

You are awesome Jake!! I know what its like bein sick!! Sux!!! Keep your head up!!

by michael johnson 3 months ago

So proud of my brother ❤️

by Grace Randall 3 months ago

by gavin oliver 3 months ago

Fell upon a hard time and missed my chance to get one . smh congrats to those whose who managed to get one. Its looking like 2021 or something for me

by Tune Wrench 3 months ago

by Deshaun Maniece 3 months ago

Lol ok...better luck next time. Thanks for stay with us

by Wei Tang 3 months ago


John -47
You are of your father the devil, and the desires of your father you want to do. He was a murderer from the beginning, and does not stand in the truth, because there is no truth in him. When he speaks a lie, he speaks from his own resources, for he is a liar and the father of it. But because I tell the truth, you do not believe Me. Which of you convicts Me of sin? And if I tell the truth, why do you not believe Me? He who is of God hears God's words; therefore you do not hear, because you are not of God."

Ephesians -13
For we do not wrestle against flesh and blood, but against principalities, against powers, against the rulers of the darkness of this age, against spiritual hosts of wickedness in the heavenly places. Therefore take up the whole armor of God, that you may be able to withstand in the evil day, and having done all, to stand.

NOOOO! I KEEP ON MISSING THE STREAMS!!!!!

by CoolCake Gaming 3 months ago

Hey Jake, it's been a couple days since you stream. Don't get down about what happened a few days ago, no one was holding a gun to anyone's head to be at that 3am stream. At the end of the day people make their own decisions and they obviously thought it was worth a shot. Don't go into hiding, keep streaming, you da man!

by narcissist31 3 months ago

I found out that you’ve been dealing with CF and have been through a lot and also have been dealing with a lot of hate online. I feel like an asshole now I watched more of your stream and realized your a good dude. I just thought you were trying to take advantage of people but I can tell your being genuine and want to help and spread good vibes. Sorry for being a jerk just now.. I spoke too soon. Take care buddy. 🙏

by Street Bike life 3 months ago

by Ahemed Abdi 3 months ago

Jake your a great person awlays make people happy all of your videos help me out when I’m sad and helping a lot of people is great :)

Thanks for all you do bro...

by Johnny Lawrence 3 months ago