#Vevo #Money/Republic #R&B/Soul #Jacquees #Music
Jacquees - Who's (Live Performance).
You know Jacquees even if you don’t think you do. The princely soul singer has been at it since he was 13, and along the way he’s scored hits like his 2017 breakout “B.E.D.” while also collaborating with everyone from label boss Birdman to superstar Chris Brown. But last year his name recognition really got a bump when he took to Instagram to call himself his generation's King of R&B. The 24-year-old’s declaration stirred up debate, garnered a couple clapbacks and fluctuated between controversy and conversation. Throughout, no one questioned the Atlanta crooner’s vocal skills. In fact, 2018 was a banner year for Jacquees, between his major label debut, ‘4275,’ and his collab with Birdman, ‘Lost At Sea 2.’ He recently visited Vevo, where he blew the roof off our studio with a pair of stirring performances. Maybe his reign’s just beginning? Bow down..
.
Director: Bram VanderMark
Producers: Sacha Noelle & Hailey Rovner
Editor: Kevin Rose
Audio: Jake Bolles
Talent Booking: Annie Shapiro & Samantha Mackoff
Watch Jacquees music videos: https://bit.ly/2FF6iQl
Vevo
http://www.facebook.com/Vevo
http://www.twitter.com/Vevo
http://instagram.com/Vevo
Jacquees, http://www.instagram.com/jacquees
http://www.facebook.com/JacqueesMusic
http://www.twitter.com/Jacquees
#jacquees #jacqueeslive #jacqueeswhos
http://vevo.ly/xetXk7 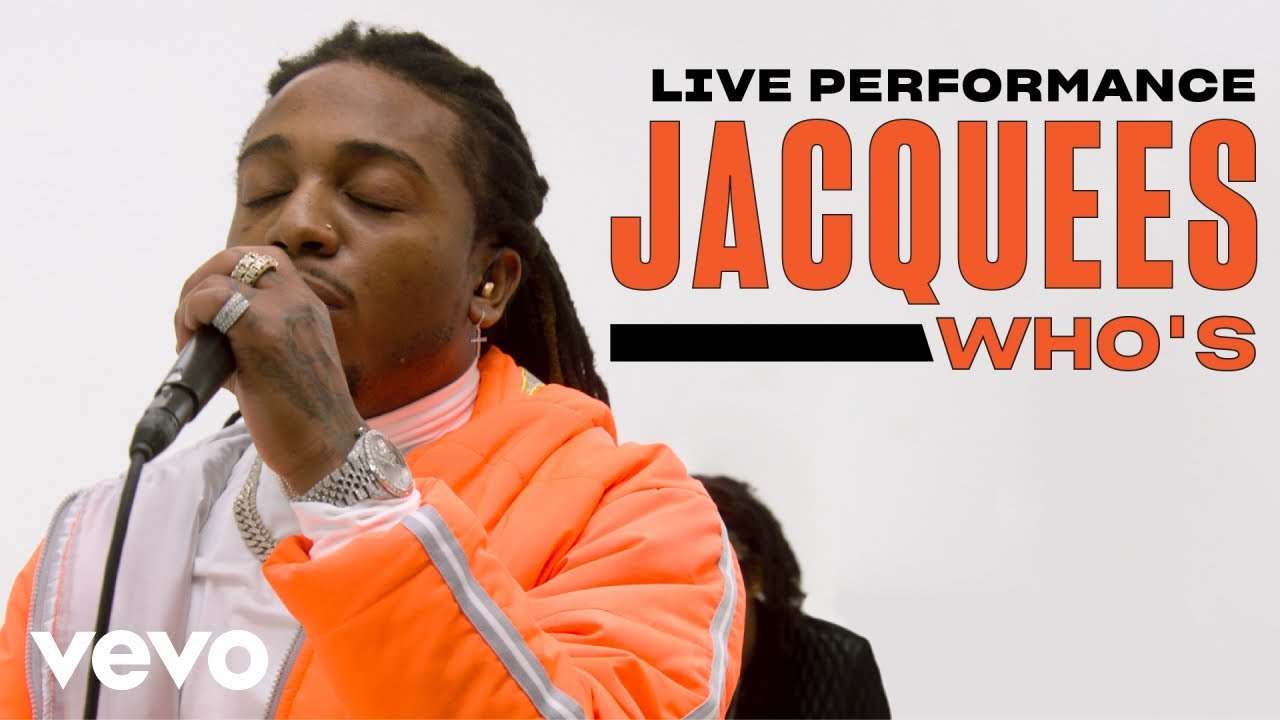