#the last of us 2 ending #the last of us 2 joel #the last of us 2 gameplay #tlou2 #Gaming
It's been a long, emotional journey but we have come to the end of The Last of Us Part II
My Coffee Company ► https://topofthemornincoffee.com/
►Twitter : https://twitter.com/Jack_Septic_Eye
►Instagram: http://instagram.com/jacksepticeye
Edited by Pixlpit: https://www.youtube.com/channel/UCHsjBlPYou_k7FgMKLCo5JA 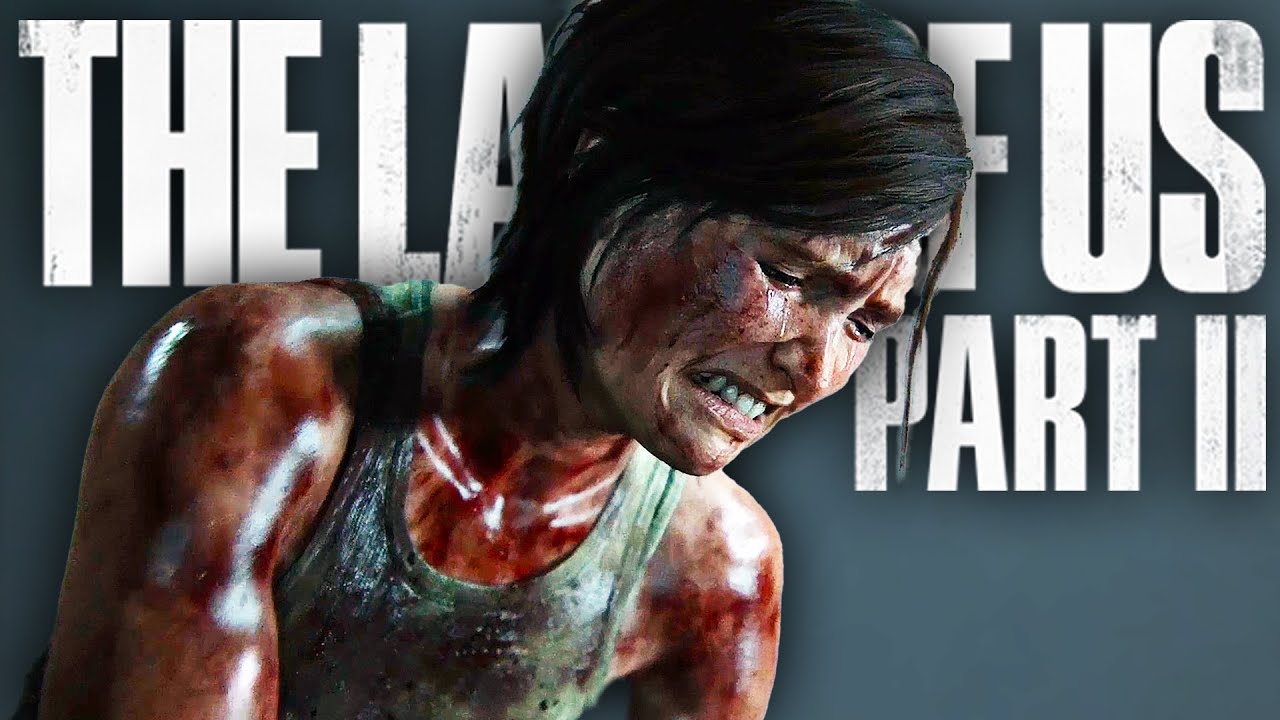 THE END OF IT ALL | The Last... jacksepticeye photo

Our long journey comes to an end! What did you think? Did you enjoy the series?

by jacksepticeye 1 weeks ago

Whe Ellie finally felt ready to play Joel’s song, she was unable to because she lost some fingers...

And the song itself. “If I ever were to lose you, I’d surely lose myself.” Could not be more on point for Ellie. She lost Joel, and soon after Ellie had lost herself.

by Noah Dewitz 1 weeks ago

i prefer jack over pewds, he realy takes the game seriusly

by ALDRICH Supertramp 1 days ago

If you look closely, Ellie isn't wearing Dina's bracelet in Santa Barbara and it's not in her backpacks if you check. At the final chapter you can see her wearing it. Here is the theory. Dina went back to Jackson with Jesse's parents as it says in the note in the first farm chapter that there is always place for her. Another note it that Ellie's fingers healed and she has different clothes and no guns, meaning she left them in Jackson and changed before heading back to leave Joel's memory and move on. It's a happy ending but you need to pay close attention.

by Solll A 6 days ago

Sean- “I wonder how the Irish are handling and infection like this” me-“potatos, definitely potatos”

by Starwing the Wyvern 3 days ago

She lost Joel - she lost herself. Exactly like Joel's song

by Sherzod Bahromov 1 weeks ago

Crazy thing is....I truly believe Ellie did have a happy ending, we just missed the clues... another YouTuber commented on the letter you find at the farm when you are with Dina and the baby. It's from the baby's father's mom saying they will always have a place in Jackson if they choose to come back home. And, if you notice.....when Ellie leaves to fight Abby at the end....she's not wearing the bracelet Dina gave her....but when she returns...the camera zooms in on her hand ...we were focused on the fingers missing but looked completey passed the fact that now she is wearing the bracelet, possibly meaning she has already been to Jackson...and is living with Dina......she just went back to the farm for the guitar....but decided to leave it. That represents her finally being able to accept Joel's death and end the cycle of revenge.

1. When she comes back to the farm...she's not hurt or not wearing any of her weapons.

2. She doesn't seem surprised that everyone is gone when she enters the house. She doesn't call out Dina's name or anything.


I think people were so caught up in "Revenge" that they missed all of these details.

I wish I could remember the YouTubers name who pointed the letter and the bracelet out but sadly I don't remember... he/she is the real hero.....I just added more context and details to back their theory.

Abby carrying Lev in her arms, and saying "I got you."

One of the many parallels to Joel

by Robert Young 6 days ago

“You’re not gonna come to a youtuber to listen about this” oh how wrong you are. I dont think there is anyone better to listen to when summing up a game. You are very fair and reasoned when talking about the games you play. This is one of the more grounded reviews I have seen/read.

"An eye for an eye and the world goes blind"
With Ellie, you get her want for revenge though you don't really want to go to extreme lengths, like Tommys 'interrogation' and the killing of Mel. Then the swap to Abby just completely swaps perspectives. We see a selfish man that killed innocent people and doomed the chance of a vaccine. The WLF goes from a poor FEDRA substitute with Ellie to proper Jackson-like community, which in turn makes all the wolves killed by Ellie people, not generic soldiers. In the end, I personally thought that Abby was the "better" person. She spared Ellie twice, and was going to accept her death before Lev was threatened, she saved Yara and Lev even though they were Scars, yet Ellie first left Jackson, went to abandon Tommy and Jesse for the chance of revenge, then abandoned Dina and JJ for a long trip again, and threatened Lev so she would be able to kill Abby even though Abby was at her weakest. Ellie lost herself, whilst Abby found herself with the Fireflies and Lev.

by Wheely One 3 days ago

When you realise that if Ellie stayed home she would have an happy family and Abby would have actually died in an horrible way, probably even more painful then Joel

by Flavio Ahmetsulaj 1 weeks ago

The final "scene" where the boat is on the beach and the waves are rolling. That is Catalina Island. Abby and Lev made it.

by Serena Ruiz 5 days ago

The theme of the game is forgiveness not revenge. She may not be able to forgive Abby for the rest of her life, but she can definitely try.

by Cynical Amber 5 days ago

Jack “I don’t really like lobster”
Literally everyone from Maine: Unsubscribe

by Zachary Smith 3 days ago

I would have loved to see Ellie go back to Jackson and see Joel's grave and maybe say a few words or maybe stay in Jackson and try to live a normal life with the loss she experienced, kinda like Joel in the first game did after his daughter died

by Caleb DeLong 6 days ago

by Jenny May 1 weeks ago

Guy: "You can get to her before that infection takes over..."

by The Philosopher's Cat 5 days ago

The most brutal thing about that final boss fight, was that there were no health bars. You weren't allowed to stop, even if you sucked

by Nicolai Haugsted 6 days ago

Joel’s death wasn’t random though, was it!? Abby also acted out of revenge because Joel killed her father, who was the surgeon who could’ve cured mankind, had Joel allowed Ellie to die. Right!?

by Opal Jones 1 days ago