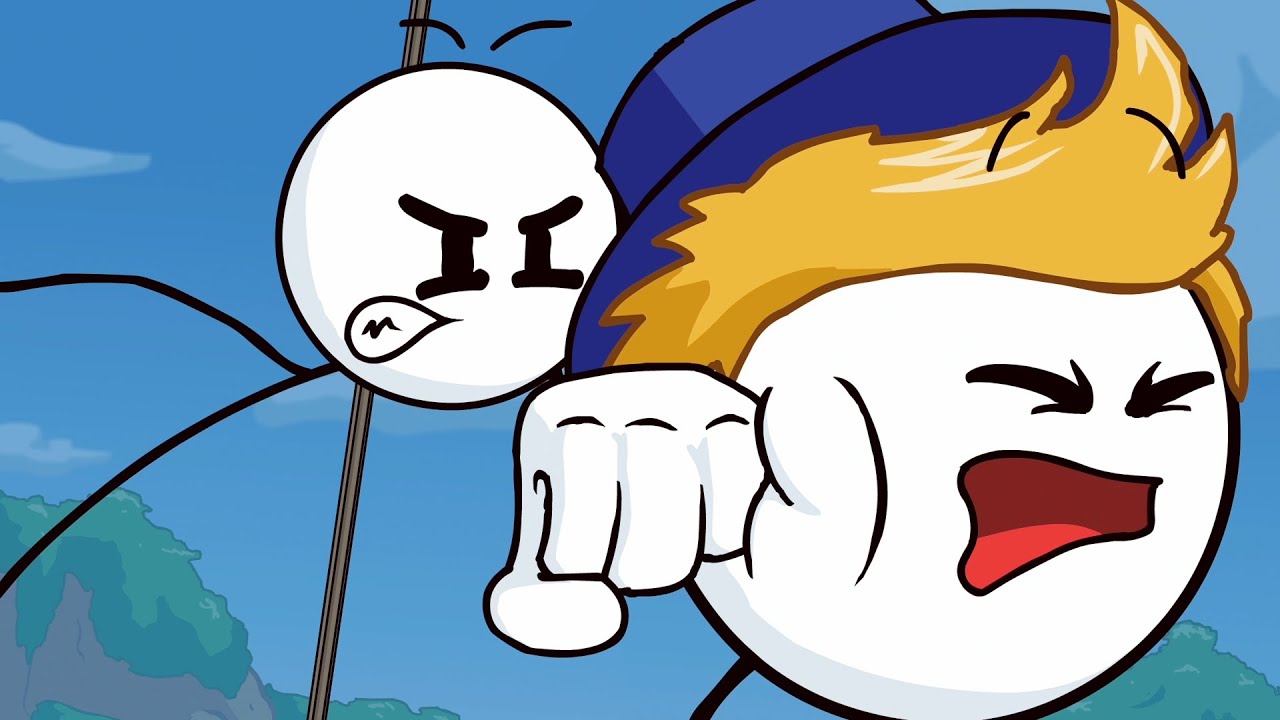 by jacksepticeye 1 month ago

Literally everyone: My disappointment is immeasurable, and my day is ruined.

Hello, everyone. I don't know if this comment is going to drown in a sea of criticism and disappointed comments, but I would like to say something about this video.
This game is a treasure trove, I'll give you that, but you have to see the situation from both sides. Jack played this game after a break and he wished that this game can reinvigorated his sense of energy after a while. Now, Robin's editing and his commentary is a bit excessive but that doesn't fully acknowledged your opinion of instantly backseating for the sake of “finding the references”. I've seen other Youtubers who played this game in their channel and they don't get as high of disagreement from people missing the jokes or skipping some parts. I feel bad for him, because now there's not going to be another playthrough from him because some of us are not happy with what he did. It's basically Undertale all over again. Even with that game, he has the benefit of the doubt to continue the game because he wants to know the next story. With Henry Stickmin, we put him in this high pedestal to the point where we want him to play this game because we want to, not because he enjoyed it.
You know what's even messed up, the fact that some people even saying that he needs to retire or he changed a lot from before. Can you even listen to yourself? He already developed a different approach to his commentary over the last few years, heck he still enjoys playing games. It's just that sometimes he can lose interest in games (Maneater, Quantum Break, etc) or being pushed too much by the viewers to do their bidding (Henry Stickmin, etc).
I thought this community was all about positive mental attitude, caring for others, giving the benefit of the doubt, not a community that likes to be obeyed and being controlled. Because this is one of the instances where I felt the side of Sean's community that I never seen, the toxic side. So, please everyone, we need to reflect on ourselves and tried to give clear and concise criticism, not showing discomfort and displeasure for not playing a game the way it was supposed to be played. That's my whole take on this situation.

everybody : No, that's not how you're supposed to play the game

by Connie Springer 1 month ago

Did anyone else feel like he wasn't really into this? Like trying to get through all of them as quickly as possible? idk

Jack: finally plays Completing The Mission
Everyone liked that
Also Jack: doesn't show each fail
Everyone disliked that

by Mr. Noname 1 month ago

Yeeah, commenting on this would be a pretty bad idea.

by Charles Calvin 1 month ago

I didn’t think it was possible to make a “meh” video out of this series. Much less from Jack. That’s a bummer

by I'll buy that For a dollar 1 month ago

Guessing you didn’t care much for this game

by Kohn J Fennedy 1 month ago

Everybody knows the fails are what makes a Henry Stickmin game great, not the endings

by Yasuke G 1 month ago

As much as I would love for Jack to play more... they way he did this was dissapointing. It didn't have the same feel as any of his other game vids he's done recently. More like he was either just playing to appease people, didn't care about the game, or was trying to show off just a little bit of it. I don't want him to do another vid but i hope he goes and plays through it all for himself at least.

by Kori Kasai 1 month ago

It's super disappointing he didn't go back and try to do the the fails. He just rushed through it quickly like he doesn't want to play it. The creator of the game put in alot of love and effort to add some unique/hilarious fails which also includes so many great endings for the Completing the Mission.
I understand that IF he doesn't want to play the game you don't have to force yourself to upload and play it and rush through it like your not enjoying it. If you don't enjoy it, don't upload it. People WILL notice/read your emotions. I know I'm being super critical right now and I still enjoy his content but... He seems different now.

The only thing I find more jarring than Jack skipping the fails is him cutting out some of the cutscenes. X(

I honestly do miss old jack a lot, I started to feel like he started to cater towards the populous as his channel grew larger and larger and the videos started to be more different than some older series and contents he posts, Like for example Starting to not put the game names in titles and using "more" (kind of) "clickbaity" titles, Doing more 1 off videos ( which is fine, but i personally like both so that the channel will have more variety and more people could enjoy the content ) and just throwing away a potentially good series for us to enjoy for just 1 video when people have been asking for more of it, The Biggest thing that I missed the most is not only are good chances of good games series that jack could play and for us to enjoy became a rarity, Is that Sean like to skip or miss content by intention or by "accident" it does suck as the game has a lot more to offer yet Sean just misses it or skips it which does bother me, There are a lot of examples i could go thought but damn is this already long as fuck.

But if anyone just started watching Jack recently I really do hope you enjoy the content and have fun and produce fun/Beautiful memories with this channel and hope Sean still enjoys doing this type of content if he really does not want to go back I respect that choice.

Have a good day/night folks :D

by Justin 1 month ago

Jack: completely ignores to go back for the fails

Everyone: my disappointment is immeasurable, and my day is ruined

by Shively Films 1 month ago

Something tells me this is the only Henry Stickman video he's gonna post regarding the new stuff :/

I just realized that the outro he used to do is gone.

by theglassyrabbit clan 1 month ago

Anyone notice how the games went on, Henry was more and more cautious with the teleporter until he broke it?

by The WinterWolfen 1 month ago