#oil collapse 2020 #Chapple #documentary #great depression 2020 #Education
As China begins to reopen its factories and return back to work, what they are returning to will not be the same…
Despite China being the worlds economic darling for the last 40 years, the balance of the worlds economic power has begun to shift to some places that you might not expect..
In fact, we are already starting to see some signs of other nations around the world, rising up in order to take away some of China’s manufacturing prowess away from them.
And who knows, we might be witnessing the creation of the next generation of economic superpowers, right infront of our very eyes.
But the reason that this is happening is a little complex. it started a few decades ago in 1970’s China when the country began shifting its economic policy away from communism, and more towards capitalism..
They soon began building specific economic zones where massive ports and factories could be built that would maximize productivity and efficiency. And once these economic zones were opened up to foreign trade and investment, China’s economy began exploding.
In the 1980’s many fortune 500 companies began having their products manufactured in China because China could make their products with a similar quality, but for a substantially lower price than if they were manufactured in the west..
And this was because of the extremely low wages that Chinese workers made, combined with other factors like tax laws and import/export efficiencies..
So all of a sudden, if a competitor chose to manufacture their products outside of China, they simply could not compete on price, which would likely have made them go out of business..
And because of this, by the 2010’s, one third of all products on the planet were manufactured in China.
Within the span of 50 years, China has turned itself around from an impoverished nation of farmers, to a nation that has the second largest economy in the world, behind the United States.
But a few strange things began happening in the past few years.
Here’s a question…what happens when a country who builds its economy based upon low labor costs, all of a sudden becomes succesful and wealthy?
In 1990, the average yearly wage from a Chinese worker was about $150 USD. By 2005, it was $2800 Dollars. In 2015, it was $8900. And as of this year, the average Chinese worker will make around $13 500 dollars.
That is a massive increase that has seen the average wage of a manufacturing worker increase by over 8500% over the last 30 years.
And what this means is that the cost of making products in China has become a lot more expensive than it used to be. Companies can’t make products for an 80% discount in China, like they used to. And because of this, we actually began to see a decline in Manufacturing in China in 2016, where for the first time in the countries modern history, their manufacturing output actually decreased by 2% during that year.
But that was just the first factor coming into play. after 2016, China once again saw modest increases in manufacturing output, until the United States imposed tariffs on imports from China. this caused a decrease in Chinese imports to the US by 7% in 2019, and forced many companies to begin looking for product sourcing in other countries.
And if that wasn’t enough, privacy concerns and tensions between China and the Western world have been on the rise ever since the country began taking over part of the worlds tech sector..
Ever since then, governments around the world have been actively trying to push Chinese technology out of their countries, while also incentivizing businesses to make their products domestically instead of China..
In fact, just last week, the departments of justice in the United States have requested that the FCC terminate China’s Telecom Authorization in the United States, citing it as a national security risk.
And all of these things, from rising labor costs, to geopolitical issues, have led us to today…and the pandemic.
You see, even though China-sourced manufacturing has been slowing down over the past decade, the country still remains the largest manufacturer in the world.
india economy. China economy. Vietnam economy. Mexico Economy. United States Economy.
Too long, End of Transcript.
Discord, https://discord.gg/qJEFsG
My Gaming Channel: https://www.youtube.com/channel/UCzuU...
Want some Advice? Ask Me on Reddit!.
https://www.reddit.com/JackChapple/
My Personal Youtube Launcher Course
https://jackchapple.mykajabi.com/YTL
My Personal Investing Course, https://jackchapple.mykajabi.com/SMM
Personal, On Tik Tok: jackchapple
On Reddit: https://www.reddit.com/JackChapple/
On Instagram! https://instagram.com/jack_chapple_real/
On Twitter! https://twitter.com/JackChappleSci
On Facebook! https://www.facebook.com/ChappleREI/
CONTACT, For Collaboration Inquiries ONLY: jackchapplevideogmail.com
Podcast: 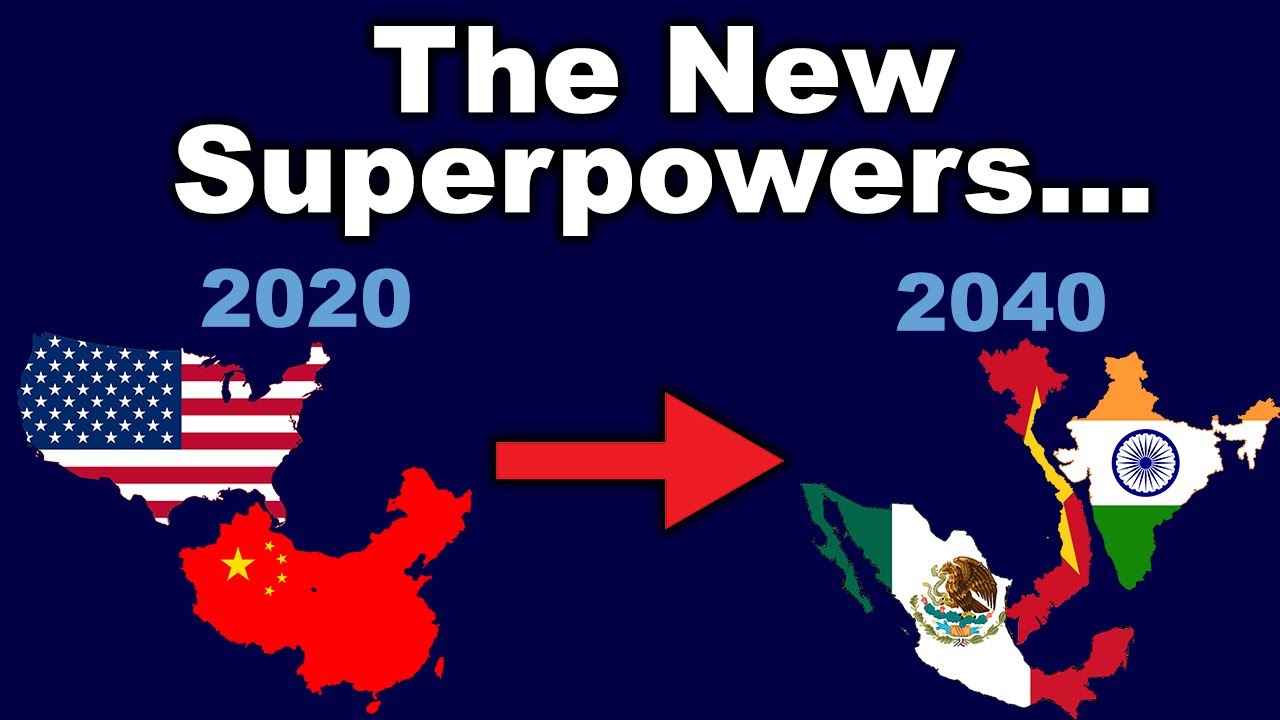 What do you think is going to happen with the future of manufacturing? Let me know int he comments down below! Also, again holy moly, 190k subscribers! Thank you all, i love each and every one of you ❤️❤️❤️

by Jack Chapple 6 months ago

Other countries:
Original or duplicate

by kavan gohil 6 months ago

As a Vietnamese, I would say India will rise and become the next superpower. I could only wish that VietNam could one day rise up and get a "chair" in the G20 countries

by Dea Fea 3 months ago

I personally like japanese manufactured products (I look for made in Japan logo in the back). Idk there products are top notch and reliable.

by Prakhar Shukla 3 months ago

I've been to China and the work ethic is on the other level, despite the pay, they are working very hard. They are also more experienced and matured with manufacturing process, which I believe will cement them at the top of the manufacturing superpowers for years to come. After all Chinese goods come in very good quality, but that's real depends since people likes to buy cheap things knowing that they are inferior yet still complain.
There is something that I have came to understand: cheap labor doesn't ensure quality, manpower would only work for low end goods, but from what I have seen, China excels at medium quality goods while the other potential competitors still haven't proved their quality yet, it's uncertain. After all, if someone went back with a time machine to make all the countries invest in India, brazil, Mexico, etc. I seriously doubt if they could ever achieve what China has now become.
After all China is the center of the current manufacturing revolution, and has gain a good lead just like USA during the industrial revolution. Now all the other countries are simply trying to replicate China's blueprint and considering their lack of experience and their lack of sufficient infrastructure, it's unlikely that China will lose it's position in the passing decades.

by Jake Zermoni 4 days ago

when covid 19 came India was feeling huge shortage in PPE Kits, but just after a month it became the second biggest manufacturer of the kits. Indeed, India is going to be a superpower.

by Devansh Sharma 2 months ago

by Jaime Garcia 6 months ago

I’m glad the people of Mexico are getting a chance

by Jason Lowther 3 months ago

by Dank poster 2 months ago

I have made huge profits on my investments since i started trading with Mrs Diana Bridget.with an initial investment of $3000 my profits skyrocketed

by Delvin Richardson 2 weeks ago

Yes...IF INDIA improve it's infrastructural facilities, it could defeat china within a decade.

by Tejas Coorg 3 months ago

This should be called: The constant search for the cheapest slave labor on the globe.

This! Is the goal of globalism. Barf.

by Doubletake 123 6 months ago

Of the three countries tipped to become "the next China" (economically speaking) my money goes on India,,, there are so many smart people there is one reason. I do believe robotics will play an increasing role in manufacturing wherever it be located.

by Richard Ellis 2 months ago

China ownes most countries in
my beloved African continent, due to corruption.

by Kefilwe M 3 months ago

I would like to see Mexico grow in manufacturing. Closer to the US and friendly. We have been building a economic relationship with Mexico for decades.

by Michael Tivana 3 months ago

People need to get back to Yoga, Ayurveda and the ancient Indian spiritual knowledge to survive. Indians in India too.

by violet moon 3 months ago

by Adriano Louback 4 months ago

by MICROSOFT HQ 3 months ago

China is definitely a master of playing long-term games.

by Cute Animals 4 months ago

by Magnetic Metallica 2 months ago