#musical #duel #How Hamilton Works #analysis #Music
HOW RAP WORKS IN HAMILTON: https://www.youtube.com/watch?v=Sq-M0GhIeDk
PART 3 of HOW HAMILTON MAKES YOU CRY: https://www.youtube.com/watch?v=4nX5YCkwaCA
PART 2 of HOW HAMILTON MAKES YOU CRY (Story of Tonight): https://goo.gl/uKCHSb
ELIZA'S CHORD PROGRESSION: https://goo.gl/NPqhMr
MY SHOT EXPLAINED: http://goo.gl/iBbjdA
AARON BURR CHORD PROGRESSION: http://goo.gl/EqpXno
0:18 Hip-Hop Influences
1:17 Form Follows Function
3:39 Crafting a Rule-Bound Melody
4:16 Duality (or is it Duel-ity?)
5:26 Cabinet Battle No. 1
6:58 Take a Break
9:04 Washington on Your Side & Election of 1800
10:03 Blow Us All Away
11:28 Stay Alive (Reprise)
12:11 The World Was Wide Enough
The 10 Duel Commandments is one of the most important melodies in Hamilton, but what does it mean? Why does it sound the way it sounds? And how is this musical thread weaved into in the amazing tapestry that is Hamilton? Let dive right in!
The West Wing Cabinet Battle Full Video, https://www.youtube.com/watch?v=A1mYfsNFtGI
For the full podcasts quoted in the video, check out, The Room Where It's Happening, http://www.earwolf.com/show/the-room-where-its-happening/
Dolby Institute Podcast Series
https://www.dolby.com/us/en/dolby-institute/podcasts.html
If you like these videos and want to support them more directly, I am launching my PATREON account! Please join me for some extra goodies!.
https://www.patreon.com/howardho
This video is a labor of love, so I'd love to hear from you. Please like, follow, and comment at me!
WEB: http://howardhomusic.com/
TWITTER: http://twitter.com/ho_howard
SOUNDCLOUD: http://soundcloud.com/howardwho-1
INSTAGRAM: http://www.instagram.com/howardwho/
For the official sheet music for Hamilton, please go to your nearest bookseller or online retailer. Here's the link to Amazon: http://goo.gl/rElUqr #HowHamiltonWorks #Hamilton 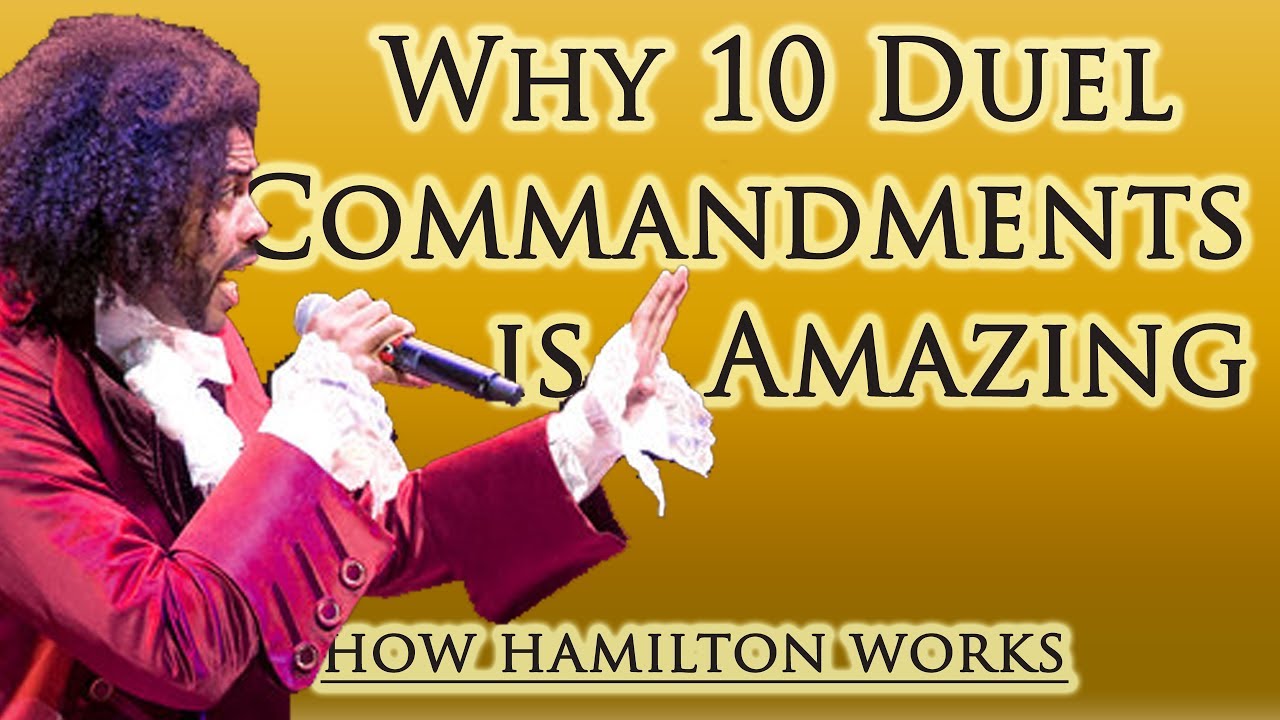 no wonder this took Lin 6 years to write

by Project Knightspeed 3 years ago

I know nothing about music theory why am I watching this

by borkbork doggo 3 years ago

by Sunflower TM 3 years ago

by Steven Weiss 3 years ago

"Even in take a break, Eliza and Philip can't agree how to end the melodic phrase..." Maybe that why Lin wrote the lyrics in Stay Alive Reprise "You changed the melody every time..."

by Cat Love 3 years ago

1 reason why 10 duel commandments is the best song;
1. Because Lin made it

by Blue cheese Aa 3 years ago

by LIAN 3 years ago

"Philip wants his 'seven, eight, nine' to rise to the D where he can shine"

by Hedgehog Fan14 3 years ago

Oh god
I'm
No stop
I realized that you did a thing with the music for the count up
You used the soundtrack count up all the way to number nine, like all the other times because they actually said ten in the middle of the count up (or 1 2 3 4 5 6 7 8 9 NUMBER 10)
And you did the same
Number ten was the world was wide enough
It's when Hamilton finds no beat or melody to follow in his moment of uncertainty before he shoots, there is nothing to tell him what to do
You left number ten at an empty standstill as you said it, no song, no voices proclaiming number ten as the rest
Just silence, and your voice talking

Edit: whoa, likes what the-

by Moose Man 3 years ago

by Lady Lavender 3 years ago

watches video
DANG IT I LEARNED SOMETHING BEFORE SCHOOL BEGAN

by me? gongaga 2 years ago

Title: Why Ten Duel Commandments is the best

i wonder if lin actually meant for half of these theories to be true or if he just hears them and is like "..........yea lol"

by njw 3 years ago

This is like the game theory of the musical world

by Oh hi 2 years ago

LEE, DO YOU YIELD?

HE WAS SHOT IN THE SIDE YES HE YIELDS.

by Xiao Andy 3 years ago

by Sis Don’t Even 1 years ago

I am a Hamilton fan but know very little about musical theory, but the way you explained everything was so clear, seriously impressed! Thanks for making a great video!!!

by Amy 3 years ago