#harry potter theory #sirius #top 5 #harry potter folkore #Entertainment
Hey everyone,
Welcome to another installment of Harry Potter Theory. In this video, we’re going to be discussing Hogwarts Legacy - the upcoming Harry Potter game that boasts an open world format that we haven’t had in the Harry Potter games of the past. The trailer was released on the Playstation youtube channel last week, and people haven’t been able to stop talking about it since. The main reason for this? It looks like it may be the first Harry Potter game that has been done right..
“an open-world, single player, action role-playing game” which will allow you to create your own personal witch or wizard, and spec them exactly as you want them to be.”
But one thing that fans are now asking is- how familiar is the environment of Hogwarts Legacy going to be to? Sure, we know Hogwarts and we know the magical world, but the game is supposedly set in the ‘late 1800s’ (exact date to be confirmed), so I expect that it’s going to be presented in a different format..
The game takes place around 100 years before Harry Potter starts attending Hogwarts, and we (the player) will run through the game as a student of Hogwarts School of Witchcraft and Wizardry during the late 1800s. This timeframe introduces one very big question - how familiar is the wizarding world actually going to be?
Adrian Ropp, head of Story at Avalanche Software (who are bringing us the game alongside Portkey Games), had this to say.
“The Portkey Games label gave us a unique opportunity to return to Hogwarts during a different era. We are always asking ourselves how we can draw from the rich library of characters, creatures, and themes – and imagine how those details would influence the school more than a century before Harry Potter’s arrival. Who was the headmaster? What challenges did students face? What influenced their society before Tom Riddle, before Newt Scamander? I like to say that what we are giving fans is something familiar in a way they have never seen.”
What this tells me is this: Avalanche & Portkey are approaching the Harry Potter universe from their own new, unique perspective in an effort to introduce concepts, ideas, characters and creatures that we aren’t already familiar with. They don’t want to deviate from canon, or existing lore, but they want to explore the unexplored- simultaneously giving us something new to think about, while answering some of the questions that may have been lingering in our minds since the books and films were first released. Ropp continues.
“We embrace what we know and challenge ourselves to expand upon it. Nearly Headless Nick would have been floating around, loyal and cheerful as ever. The Forbidden Forest was still forbidden and home to centaurs not likely keen on human interaction. Goblins were around, but this lot certainly didn’t work at Gringotts. The village of Hogsmeade was there, and an Ollivander has been making wands since 382 B.C. Often, the difficult task is choosing which details we aren’t going to explore.”
This cements the fact that many of the elements of this game will be familiar to us, whether those elements appear in the form of places, creatures, and characters. The only thing that isn’t certain, is which elements the game creators are going to dive in to further. It seems like the creators of this game are really dedicated to creating an AUTHENTIC experience- and I think a lack of authenticity is what has historically been most off-putting to Harry Potter fans. Case and point, the Cursed Child, which contradicted so many aspects of the wizarding world that we had already solidified in our minds over the years. The worst part was that it did so in an almost haphazard way.
“When the first book came out, I became an instant fan. This is a labor of love, and the real magic comes from the dedication and imagination of a team who wants nothing less than to make this an authentic and compelling Wizarding World game.”
Ropp Continues.
“Sometimes I stop to appreciate the surreal nature of my story meetings. “How should this character’s voice change when they drink Polyjuice?” “How long do house-elves live?” “Are Graphorns omnivores?” These are the types of questions that drive us toward authenticity, and the types of questions you only think to ask when you have steeped yourself in the lore.”
Join this channel to get access to perks, https://www.youtube.com/channel/UCVqoigIqNacy9xMnEDZzN_Q/join
Please LIKE / SUBSCRIBE / SHARE to support the channel
Leave your video ideas down below!
Thanks!
Instagram - https://www.instagram.com/hptheory/
Star Wars Channel - https://www.youtube.com/c/starwarstheory
Music by, Juan Naranjo
Jacob A. Cadmus
Samuel Kim
All content falls under fair use: any copying of copyrighted material done for a limited and “transformative” purpose, such as to comment upon, criticize, or parody a copyrighted work. Such uses can be done without permission from the copyright owner. 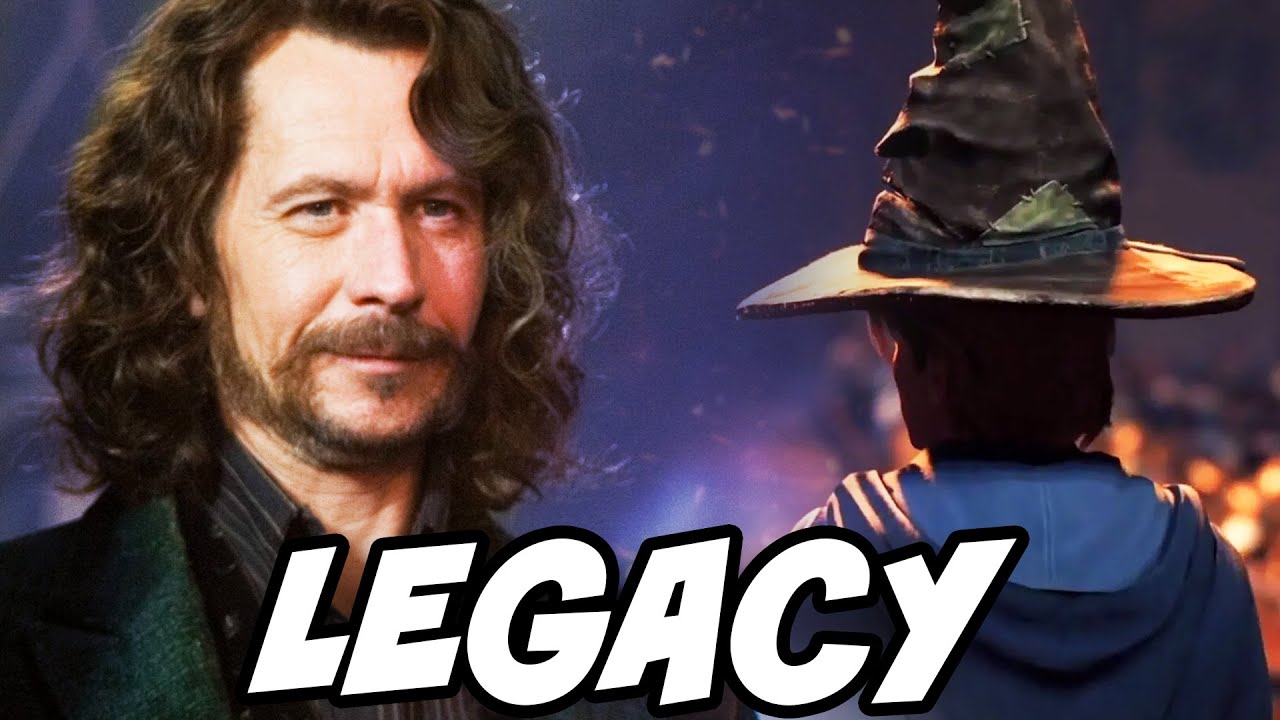 This is the best harry potter channel on YouTube. I really appreciate him posting every day with consistency. He shows us that you can have both quality and quantity in videos.
Thank you

by Yashasv Kaul 4 days ago

Who else is hyped for this game

by Dwayne Wade 4 days ago

The big question is, am I going to be in it? If you think my smile is amazing now, wait till you see my adorable smile as a child

by Gilderoy Lockhart 4 days ago

by khushi Shrivastava 4 days ago

The only things I 100% need are:
- the ability to play a full-fledged game of Quidditch.
-long quests/storylines that have to do with the founders.
-The ability to create your own dark wizard cult.
-The giant squid in the lake

What would be cool is at the end of the game, we get a cutscene of Harry, Hermione, and Ron reading a story about our character for whatever path we take.

by SUPER CRAF7 MAN 4 days ago

by Oscar Vintvall 4 days ago

It will be cool to see if there are any other students with familiar second names, maybe the great grandparents of harry's classmates, like weasleys, malfoys, blacks, lestrange etc. Maybe even some of Harry's ancestors.

by dom leedade 4 days ago

I would definitely like to see Horace Slughorn in the game, if possible. It would be nice to see him as a student.

by Mandalorian Marauder 4 days ago

I like how the Great Hall here is a lot bigger, because this generation of students wasn't cut in half because of all the death during the first Wizarding War.

by Isaac Destura 4 days ago

I kind of wish the game would take place in the future rather then the past, because that way they would be free to create any narrative they want without potentially messing up the lore.

I want to see young Dumbledore.

by SUPER CRAF7 MAN 4 days ago

If Dumbledore will be in game than no doubt we will see Elphias Doge too who was Dumbledores best friend, and maybe we will see Aberforth too!

by Beastly Beast 4 days ago

This is like "The old Republic" for potter fans haha

I'm really excited about this, especially after hearing from the creator. It sounds as though he actually cares about making it accurate in regards to the magical world that we know. Bring on 2021!

by Faye 4 days ago

"How long do house elves live?" Dobby has no confirmed age!

by Bryan Shabroski 4 days ago

by Youki Komatsubara 4 days ago

I'm honestly wondering what type of wand cores are character is going to have. Cause if I have my math right. This is before the three prime cores was fully implemented.

by Patrick Tembo 4 days ago