#tupac #2pac #nick huff barili #Lucky You Freestyle #Music
To celebrate 15 years of Hard Knock TV, we are uploading the full version of some of our favorite interviews over the years. Hard Knock Tv's Nick Huff Barili sits down with Tory Lanez for in-depth interview. Tory and Nick talk about his childhood growing up in Toronto and coming back there after moving around a lot because his dad was a missionary preacher. Tory shares his first musical memory and how he first started writing raps after his cousin kept beating him in Madden. So angry that he couldn't beat ​his cousin, Tory went outside and wrote something down dissing him as a way vent. Rapping became even more therapeutic when Tory's Mom passed away because writing was one of the only outlets Tory felt he could express himself. Tory got his name ​"​Lanez​"​ because he would play chicken with oncoming traffic running in between lanes and ​"​Tory​"​ was short for Notorious (after the rapper Notorious BIG) which his friends didn't want to call him, so he went for the shorten version with Tory. Tory said that although Biggie was was one of the top rappers, Tory was more influence by Tupac. He also learned how to project his voice by studying Pac. Tory started recording raps early at a small studio where he would self record, running back and forth between pressing record and running in the mic bo​oth. At that time he was sleeping in the floor of the small studio. Around 14-15 years old, Tory's grandma told his dad that Tory couldn't stay with them any more because he was being too reckless. Tory went to live with 3 young men he didn't really know​.​ ​Looking back at the time Tory shares stories​ of getting into fights with them​ but he also recalls one of them taking him to buy underwear and undershirts when he didn't have money to. Struggling to survive Tory was selling mixtapes at the mall to anyone that would stop and listen to him rap, which included Toronto model Winnie Harlow. He also resorted to shoplifting at the mall and sticking people up. Tory looks back and says that at that time if he wanted something he was going to take it, which got him in a lot of trouble. As the interview continues, Tory and Nick talk about how Tory's cousin almost convinced him to quit chasing his dream of rapping, telling him all the reasons why he wasn't going to make it. After a few days of thinking his cousin was right, Tory got back to rapping and soon after found his first manager. Tory says that watching his father doing sermons as preacher when he was young, influenced the way Tory puts on a live show and interacts with crowds at his concerts. When he first started singing, Tory says he wasn't very good. He taught himself how to sing by studying all the people he wanted to sound like. In particular Tory says that The Dream and Tupac had a big influence on his singing and how to used his voice. Watching Michael Jackson, Missy Elliott and others growing up, inspired Tory to want to play different characters, which explains why he can flow in and out of different styles from his songs "Say It" to "Diego". Tory takes pride in being labeled a "hook master" and says that now when he hears a beat he immediately goes in the booth and records the first melodies that come to mind without thinking of the words. He then puts the lyrics to the melodies ones he has found his pockets. Tory says that fans don't care about words as much as melodies and baselines. He gives the example of Kanye and Lil Pump's hit "I Love It" and how little kids are going around singing "You are suck a f-ing h**, I Love It" without having much clue as to what that even means. Tory says that the catchy melodies and baselines are what get people hooked and that people don't event pay attention to what they are actually saying. Tory and Nick talk about how having a son changed him, not wanting his son to go through the hardships he went through but also not wanting him to be a brat. Tory and Nick debate whether to send their kids to public or private school. Tory talks about the importance of mental awareness and encourages fans to look into ways to learn more about their mental health. As the interview switches subjects, Tory says that he wanted to approach Love Me Now? without the pressure that he puts into making an album. Tory and Nick talk about Tory's friendship with Meek Mill plus collaboration projects he has with Meek and Chris Brown. Tory goes on to speak about collaborating with Ozuna for the track "Pa Mi", new project coming that will be in Spanish.
Make sure you subscribe and turn on notifications to be the first to be notified when new episodes drop! http://www.youtube.com/subscription_center?add_user=hardknocktv
Hard Knock TV Podcast on Apple
https://podcasts.apple.com/us/podcast/hard-knock-tv-the-podcast-hosted-by-nick-huff-barili/id1506683243
Hard Knock TV Podcast on Spotify
https://open.spotify.com/show/2TRklXqNQ4ul19MnQQ1g2q 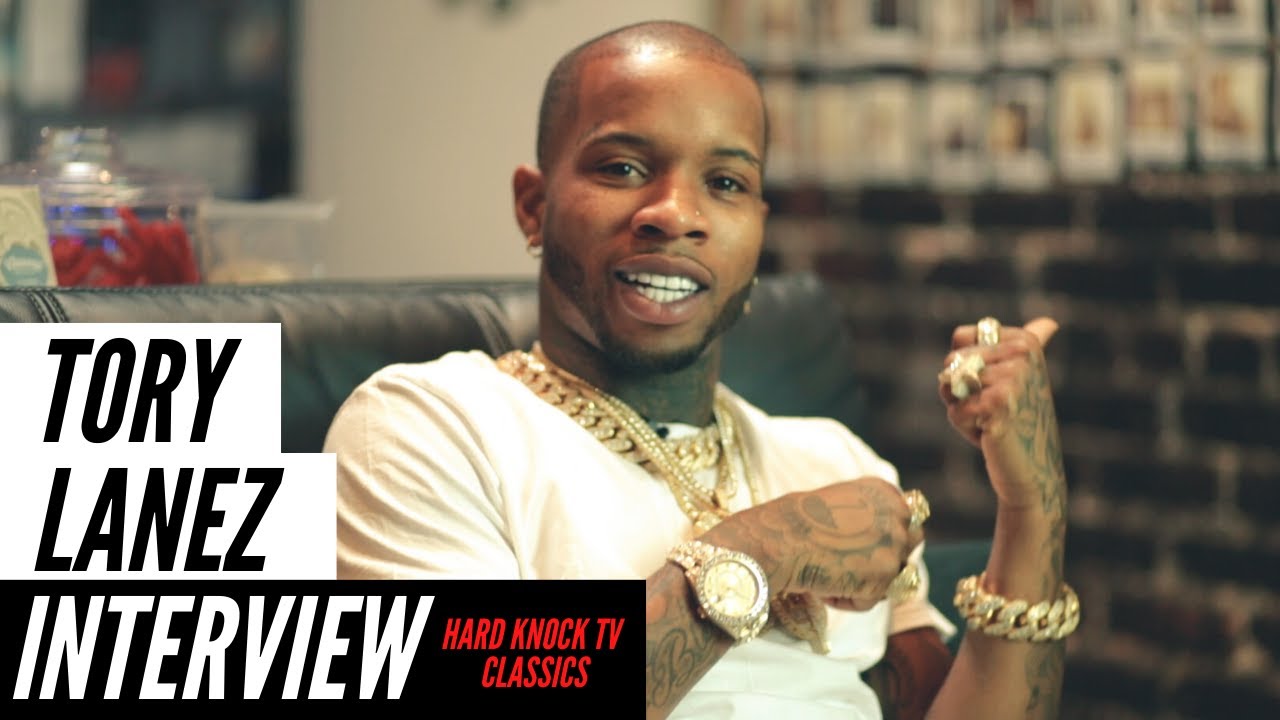 Tory Lanez From Being Homeless to Having #1... hardknocktv photo