Messi: Why I am staying at Barcelona despite heartbreak ⇅


#la liga #fc barcelona #news #Will Messi Leave? #Sports
Lionel Messi has broken his silence on why he sought to leave Barcelona, revealing to Goal a long-running dispute with club president Josep Maria Bartomeu and the overall direction of the Spanish club.
.
Messi also revealed his family's heartbreak and tears at being told they would be leaving their home in Barcelona - but why he ultimately decided to stay for one more year after being denied an exit.
.
Goal's Ruben Uria sat down with Messi for the world exclusive as the player now prepares to return to playing for Barcelona, the club he loves and has spent two decades at.
Subscribe to Goal: https://www.youtube.com/subscription_center?add_user=goal 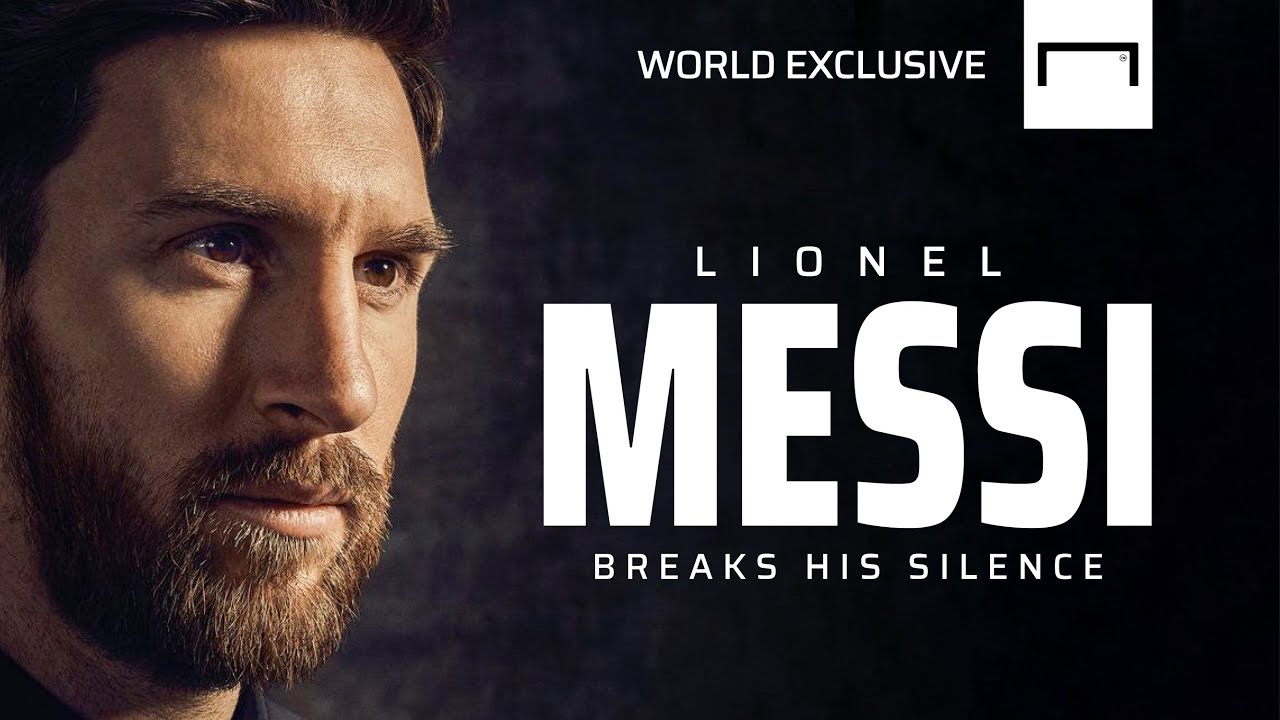 Messi: Why I am staying at Barcelona despite... Goal photo

I'm outraged beyond words they are forcing Lionel to stay. Have they not been paying attention? Messi is loyal to the point its bad for him! Now he finally realized that and there is little time left in his career and the club forces him to literally 'waste' his precious time for a club he already gave so much to. This is not what FC Barcelona is supposed to be. This is not the signal you want to be sending. The club could build 150 statues of Lionel outside the stadium and rename Camp Nou to Camp Leo and it would still haven't repayed the little man. And the thing is, he never expected any of that because he played for passion and his love for the club. I'm astonished with how this went down. There hasn't been a Messi worthy selection for years and Leo stayed loyal and worked hard and carried us out of the swap so many times. Now the guy who gave you everything and more says, let me go, and you put him in some sort of choke hold where his only option is to betray/sue the club that colored his heart? That is how you set him up Bartomeu?! What an absolute disgrace. And I would give everything to see Messi in Camp Nou but not if Messi doesn't want to be there!!!!

I've never fully watched a 18 min long interview of a person who is speaking a language I don't even know.

by Joy Dash 1 month ago

They tricked him, they told him to wait and when finally the season ended they told him he should have said it before. Leo obviously trusted the presidente , and the guy just fooled him. Really gross

If they treated Him like this, how they must be treating rest of the players.

by Anant Pandit 1 month ago

by Bavarian Goat 1 month ago

Sad how the president treated him. I'm a Madrid fan and don't wish this upom Messi

by Volpe Where Are You 1 month ago

Messi’s love for Barca is evident:-
“I would never go to court against Barcelona because it is the club I love”

Don’t ever doubt thus guy’s loyalty and love for Barcelona. He has had a huge role in 4 out of your 5 CL wins.
This man has given 2 decades of his life to this wonderful club, only to be treated like this 😔

Bartomeu, you should thank god that you were dealing with Messi. Any other player would have dragged your ass to court.

by Yugank Aggarwal 1 month ago

“I wanted to go because I thought about living my last years of football happily” never about the money, the 🐐 just wants to play the sport he loves

by Kevin P 1 month ago

He is wrong actually barca has project: Leave it to Messi

by Narayana Wijaya 1 month ago

Saddest Interview I have ever watched.
You know Barca may have the Best player to EVER TOUCH a Ball on their team.. But they dont Deserve him.
Yes no player is BIGGER than his club but sometimes the CLUB and THE manigment are to CORRUPT to see that they are killing their players enjoyment out of the game.

by Alfred Joseph 1 month ago

the only legends who wants to leave but being prisoned by his own club, everything that club has is a disgrace

by Abi Manyu 1 month ago

I wanted him to leave so badly, he deserves to spend his last 2 or 3 years on a up and coming team, Barcelona's reign ended at least 2 years ago and it was time for him to go and I feel so bad that he has to stay

Notice how Messi was literally cries, when he asked about "money" rumor, He's always been a loyal player since he was a boy, Don't ask him that kind of question..

by Charming nowhere to hide 1 month ago

Mess is so chill, he wears flip flops.. legend!

by Nicole Nicole 1 month ago

I hope Messi understands that literally every single fan is taking his side rn...

by Mr Bublee 1 month ago

At messi said "I am telling you again, I felt a lot of pain"
The interviewer sucks at his job.

by may nie 1 month ago

He should have left a few years ago, around the time Neymar left. The quality of Barcelona team declined steeply after the old squad (Xavi, Iniesta, etc.) left/retired.

by malhar jajoo 1 month ago

by Emily An 1 month ago