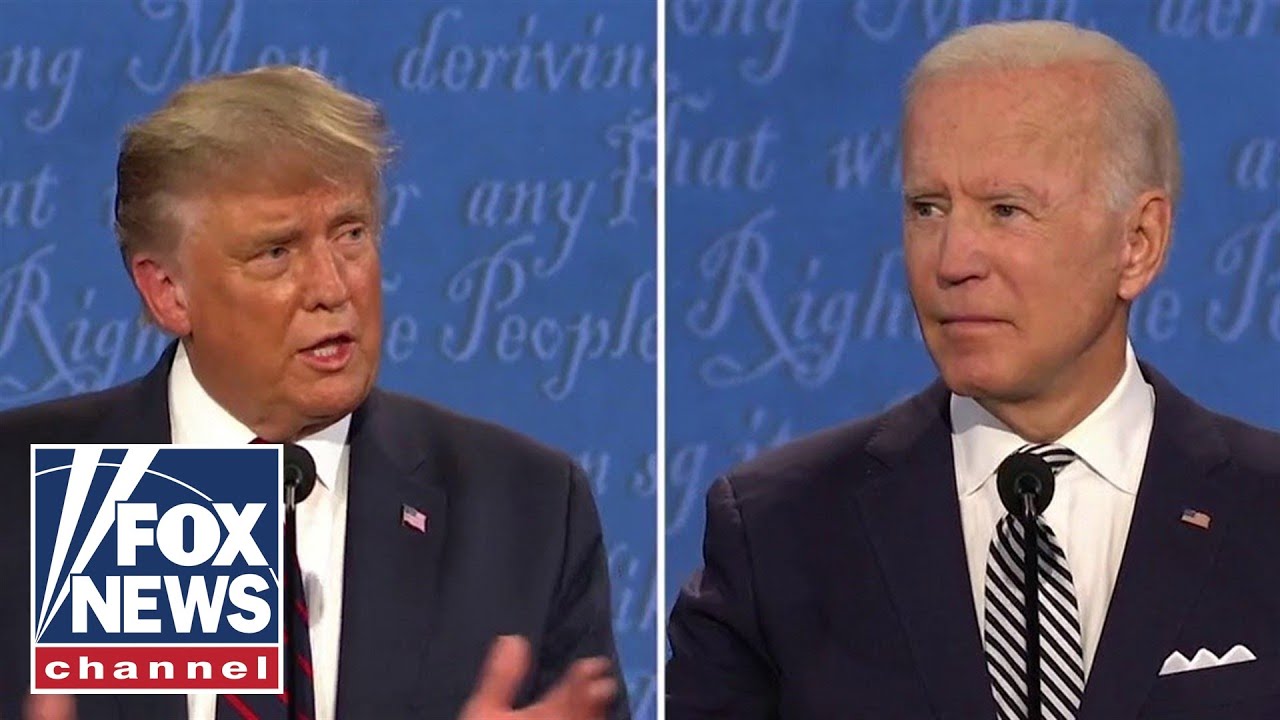 I'M VOTING FOR PRESIDENT TRUMP ALL THE WAY

by VICIOUS ANGEL 4 weeks ago

"Will you shut up, man?" Next moment, "This is so unpresidential."

So instead, he goes off into some rambling monolog about how "this is why it's important to get out and vote. Because I'm not going to tell you what you'd be voting for, something something..."

Good grief. I also can't believe Chris Wallace let Biden's claim that his son's financial dealings have been "discredited" stand. The allegations are the work product of a senate committee, ffs. The least he could have asked is, discredited by whom?

by karen straughan 1 month ago

I do believe every voice needs to be heard Chris Wallace needs to go. If you're with me please share this all over Fox News

by Brian 1 month ago

Why did Wallace asked the Charlottesville question when its already been answered hundreds of time Disgraceful!

by James Buam 1 month ago

by David Cohen 4 weeks ago

Should Chris Wallace Be FIRED From All Future Debates?

by ken keetch 1 month ago

Chris Wallace is a micromanaging, biased jerk who should have been invisible rather than joining the Biden team as the third anti-Trump debater.

by petrichor 1 month ago

Packing the court is scary. Shame on Joe for refusing to denounce the idea.

Why didn’t Wallace follow up and pressure Biden to answer the question “will you pack the court?”.

by Terry Brady 1 month ago

Why didn't Chris Wallace press him on packing the court?

by James Buam 1 month ago

by Keith Kimsten 1 month ago

by Reign Six 1 month ago

Biden tells the President of the United States : "Will you shut up, man?!"....

Then he says Trump is being unpresidential?

Calling the sitting president "clown" is very unpresidential. Chris Wallace is one of the debaters who has lost control.

by Presence Worship 4 weeks ago

Wont condemn Antifa. Wont disown BLM extremists, and wont rule out enlarging the Supreme court so they can stack it with liberal justices.

Anything else you need to know about Biden America?

by Le Sigh 1 month ago

How is it that ANYONE can tell the President to SHUT UP?

by I Mac 1 month ago