#I-Team #A.D. Smith Community Services #April Smith #WAGA
By: Randy Travis
Aired: May 08 2017.
BARNESVILLE, Ga. - Questions swirl in Barnesville about what happened to thousands of tax dollars provided to help feed needy Georgia children last summer.
A state agency, Bright From the Start, is demanding the non-profit A.D. Smith Community Services repay $142,748.83 after finding few receipts, plus evidence some of that money went for bridal expenses.
The investigation is focused on the non-profit's founder and executive director April Smith. She's been running this summer feeding program for a while now.
But last April she got married, and shortly afterward the state got suspicious.
"The wedding was just outstanding," remembered James Lindsey who served as the Best Man.
"It was beautiful," agreed Sherry Jones. She was one April Smith's bridesmaids.
They had a front row seat for Ms. Smith's wedding one year ago, and it was a doozy.
A bridge of 27 wedding cakes. A peanut and Coca Cola stand. The bride and groom arrived in a horse-drawn carriage.
"It was a very beautiful day," recalled Ms. Jones. But that was before she realized some of the money that went for the wedding may have come from the taxpayers themselves. That was before Sherry Jones and James Lindsey had to sue now April Smith-Scott over thousands of dollars in pay they never received.
"She's never offered one apology," Ms. Jones complained.
Bright From the Start began giving April Smith's group money in 2011, her non-profit organization posting pictures on their public Facebook page of the meals they provided to children each summer in the Barnesville and Griffin area.
But when employees Sherry Jones and James Lindsey complained to the state they weren't getting paid, investigators took a closer look at the non-profit's spending and, they say, found major trouble.
According to the audit, April Smith-Scott spent $142,748.83 on things she could not justify as feeding needy children, money the state demanded be repaid.
That included thousands of dollars in "overdraft fees, rental costs and other unapproved and/or unsupported costs." Much of the non-profit's spending was difficult to track, but investigators did find this item: a $6,151 check written to David's Bridal. Sherry says that happens to be where April Smith-Scott bought her bridesmaids their shoes and jewelry for the Big Day.
"Yeah, wow. Isn't that something?" Sherry Jones asked rhetorically. "Am I surprised to hear that? No."
The state agreed to put April Smith-Scott and her organization on a payment plan. The first monthly payment of $6559 was due in January, 2017. That day came and went, but the money never arrived.
James Lindsey sued April Smith-Scott in magistrate's court hoping to get the $6300 he claims he's owed for delivering food last summer. He and Sherry Jones both won a default judgment against the organization because April didn't show. In fact, the FOX 5 I-Team couldn't find April Smith-Scott anywhere. Not at her house, not at a Griffin church where she runs a food pantry. She did not respond to our repeated attempts for comment.
The state has now removed her from the list of approved grant recipients, and could soon refer April's case to the Attorney General's office for criminal action.
People in Barnesville are just now learning the extent of her alleged misspending.
"My God, are you serious?" Lindsey reacted when we told him how much money Smith's organization owes taxpayers.
"Damn. Wow. You were serious?"
Yes, because $142,748.83 can feed a lot of hungry children.
FULL STORY: http://www.fox5atlanta.com/news/i-team/253334275-story 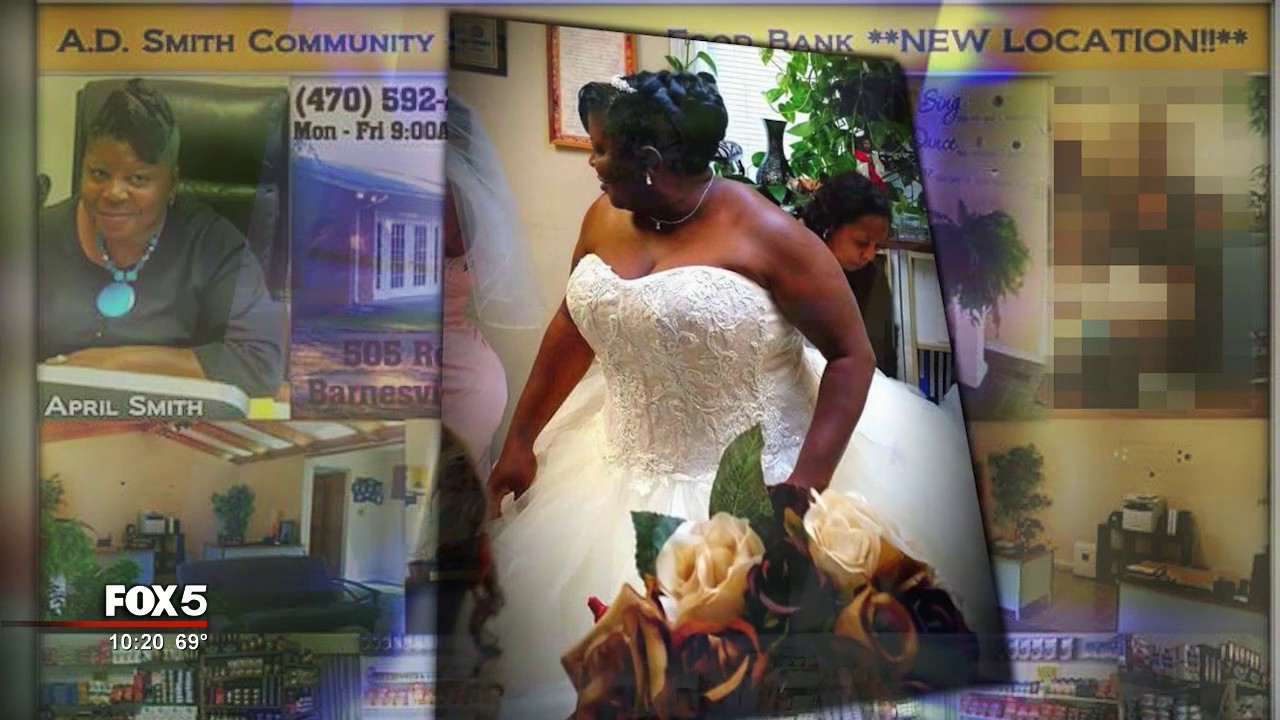