#english #final fantasy summons #ff 16 #final fantasy peasant #Gaming
In early Final Fantasy Peasant days, 2017, I made a vid discussing the potential of a Final Fantasy game going M-Rated. Now with the latest trailer of Final Fantasy 16 and many of your story theory ideas being pretty dark. I think this could be the one. Aswell as diving deeper into some story theory of Joshua, Ifrit, Phoenix and the summons / Eikons being emotionally connected to their Dominant. Similar to Final Fantasy 14. Is it possible Square Enix could go as far as perpetually burning a young boy as his emotions summon up the fight between Phoenix and Ifrit? Also a brief outline on Square Enix and who the team is working on FF16. With Yoshi-P as producer and Hiroshi Takai as director, its a FF14 creative business division 3 project. Ryota Suzuki from Devil May Cry is also looking to rehaul the combat system and gameplay of Final Fantasy quite drastically it seems. More for another video.
P.s. Big spoilers for Final Fantasy 15 included in this video and a smidge of FF7 Remake.
To join in on Patreon benefits and keep the FFP cameras turned on, https://www.patreon.com/FinalFantasyPeasant
CHECK OUT THE NEW FFP TEESPRING STORE! It has dankerinio designs!: https://teespring.com/stores/final-fantasy-peasants
Peasantbook! Land of 15k plus Pezzers: https://www.facebook.com/groups/716514798514591/?fref=nf
Donate/tip to feed a Peasant: https://twitch.streamlabs.com/finalfantasypeasant
The twitterings: https://twitter.com/FFPeasants
To see livestreams & Playthrough videos: https://www.youtube.com/channel/UCpPFiSGagVju8A5ljdzVtLQ/videos 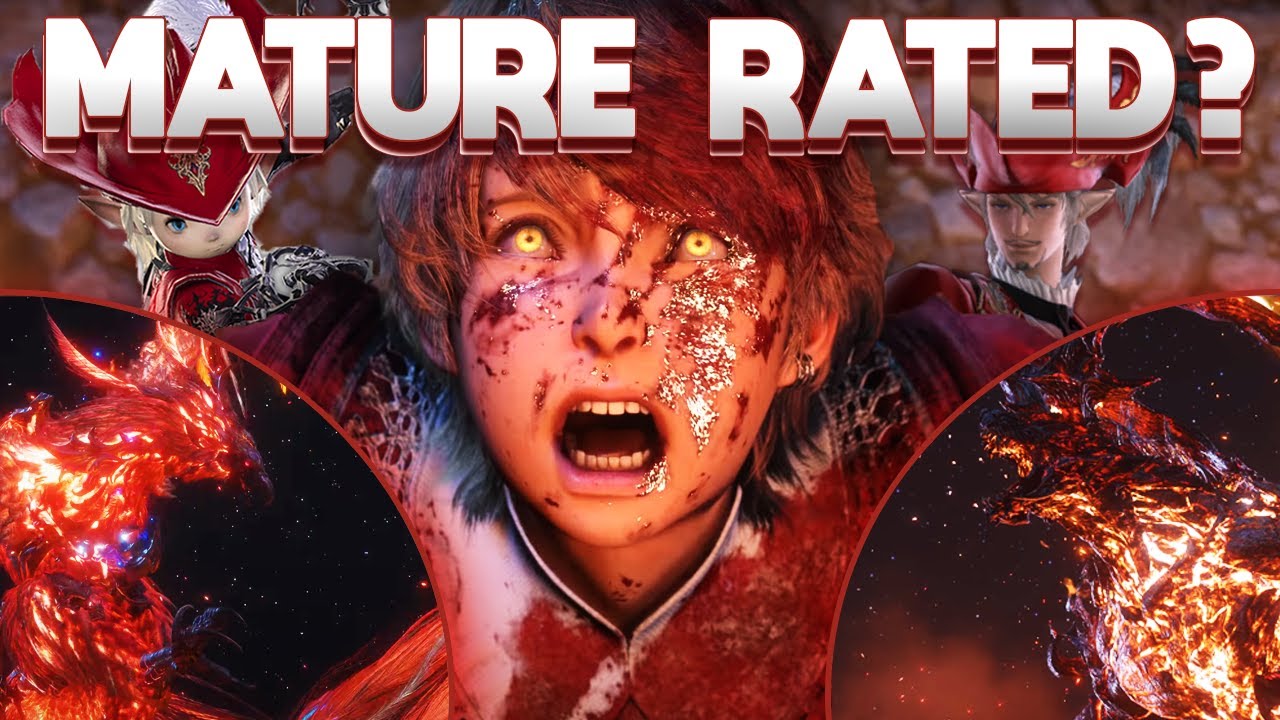 The fact that there's blood is kinda crazy.

This FF is definitely not light hearted

by Frats 1 month ago

Ifrit is a “primordial” evil from the depths.
Yoshi P: did somebody say primal?

by Giang Huynh 1 month ago

Shivas dominant is shields little sister, who is friends with joshua. Joshua likes her. Joshuas brother is jealous that joshua became the dominant because the crystal rejected him. So basch boy, plots his revenge on the crystal. Shield and his sister are not from the homeland by birth. And since shields sister became the shiva dominant, she is considered a spy and kidnapped while basch boy is betrayed. So shields sister is being forced to work for the enemy (think hypno crown from ff6). So in order to stop the cycle, both dominant and crystal must be destroyed. Shield resolves himself to kill his sister (essentially freeing her from the crystals control).


Also, maybe, after phoenix is defeated by ifrit, what if shield picked up a feather from phoenixs wing? This would explain why he has that wing like attack we get to see. And after titan is defeated, what if he picks up a pebble from his corpse? And what if, it is shield that is truly unique because he can channel the power of the eicons while not being anything close to a dominant. (Maybe shield is the mime class). It is due to this fact that shield can do this, that the rest of the world realizes that dominants arent neccessary and that the crystals were truly manipulating people.

by Patrick Aycock 1 month ago

Marv Collins has the best theory I've heard so far. It actually makes sense if the FF16 world had a fire, earth, water, and wind crystal. Why would each crystal have a summon limit? If Ifrit affects Joshua's personality as well, this little boy is probably gonna be the Jekyl and Hyde of FF16.

I just wanna say your theory videos about FFXV made my experience with it so much more exciting. Almost nothing turned out to be true and almost everything sounded better than what we really got in the end. It's half the reason why when I look back at XV I feel nostalgia and excitement, why I look back at it positively. So much unused potential... but these theories made it all fun!

by king Frozt 1 month ago

Yeah! What came first to my mind was since he said "as long as we have this..." maybe the tattoos are something similar to the brands in FFXIII! So they literally cannot defy orders, they're slaved by it somehow? Also "as long as" seems to imply there's a way to get rid of the tattoos like in FFXIII AND that they're on a mission unwillingly.

Love the speculations man, keep it up!

I think the protagonist has to somehow gain the power of all elements to take down the out of control fire kingdom ala avatar last airbender. Someone secretly gained the power to call ifrit and waited for the right moment to launch their cou de ta, killing Phoenix, joshua, and seizing control of the "fire nation"

by Mike Humes 1 month ago

From the start I thought the little girl would be Shivas Eikon & the setup was like a royal engagement type thing between 2 countries/territories like Luna & Noct. I’m loving the idea of Ifrit taking over Joshua & then ordering the disgraced Shields to take her out during the war. Man this story speaks to me!

by Michael Taylor 1 month ago

Watch it be M rated but everything gets censored by Square's internal Quality Control sector/group...

by Strider Hiryu 1 month ago

Now the names of the protagonists are released. Im pretty sure that the main character is not Ifrit.
Main Character- Clive Rosfield
Phoenix Dominant- Joshua Rosfield
Girl- Jill Warrick
Now, Joshua and Jill are names associated with god. Joshua= Lord is my salvation and Jill=Child of the gods. The main protagonist last name is Rosfield, or Rosefield. A Rose symbolizes God's love. Literally, Joshua's full name means God is my salvation and God's love. While Jill Warrick is Jill =Child of the gods and Warrick is = Town near the river so just based on her name, im 100% confident that she a dominant It's either Shiva or Leviathan. Now going back to the main character, being not Ifrit, his name Clive = Person who lives near a cliff and based on the artwork released, the castle is built on a cliff. Based also on the character profile from ff16 official website says "Clive's promising career is to end in tragedy at the hands of a mysterious dark Eikon, Ifrit, setting him on a dangerous road to revenge" So Im guessing The main protagonist will end the reign of crystals and dominants, and will rule the new kingdom without magic or Eikons. Ifrit's Dominant might be still in the shadows and yet to be revealed.

by Jekoi Koi 16 hours ago

ok so first off, WHEN DID PEZ GET TO 94K SUBS CONGRATS MAN!!!!!!!!!! Second I really can't wait for this dark Final Fantasy an M rated Final Fantasy.... its like a dream come true. 3rd the Pez community is amazing!!!!!!!

by sibahle thwala 1 month ago

I'm really hoping the game is as dark or even darker than Type-0.

I am loving the concept of your characters being summons/great spirits. Not the first time for me, hello tales of series, but yeah the concept is really interesting.

Hey peasant, i wanted to say that after 4 years i bought world of final fantasy and playing it. I remember when I started to watch your playthrough of the game with fond memories. I still remember when you said that if your channel reached a certain mark you would keep working and go full time on making final fantasy videos. I just wanted to share with you this because that game was a blast and a pleasant memory of my life.

Thank god it's gonna be rated M.
It's about time.

by Johnny Weedseed 1 month ago

Thx for uploading the news and the theories. With the university and work I hardly have time to check it on my own so I prefer to check your channel.

by Chara Underwood 1 month ago

Yea that flashy FFXVI battle sequence has Ryota written all over it.

by Thi Nguyen 1 month ago