#rock hill south carolina #cornerback #phillip adams shooting #doctor's office shooting
Former NFL Journeyman Cornerback Phillip Adams, 32, shot up a doctor, his wife, their two grandchildren, a worker and (thankfully) himself April 7th. The official motivation is not known by the investigation in Rock Hill, South Carolina.
Adams played for 6 teams over 5 years in the NFL. Until recently, he had been stable and well adjusted. He turned for the worse, but instead of him or his family seeking the proper help, they allowed his condition to deuterate. His father and sister seem content to blame the NFL and not getting handouts from them, but this is a guy who had a longish career and the means to take care of himself; something he ultimately did at the expense of 5 innocent people.
Sources, The Epoch Times: https://www.theepochtimes.com/agent-family-speak-out-after-former-nfl-player-identified-as-suspect-in-mass-shooting_3769350.html
Outkick: https://www.outkick.com/father-of-shooter-blames-football-for-sons-actions/
Subscribe on YouTube: https://www.youtube.com/c/DonKhanSwaylo
Follow DKS on Parler: http://www.parler.com/profile/donkhanswaylo
Subscribe on Rumble: https://www.rumble.com/donkhanswaylo
Subscribe on Odysee/LBRY: http://www.odysee.com/DonKhanSwaylo:5
Follow DKS on Gab: http://www.gab.com/donkhanswaylo
#PhilipAdams #MassShooting #NFL 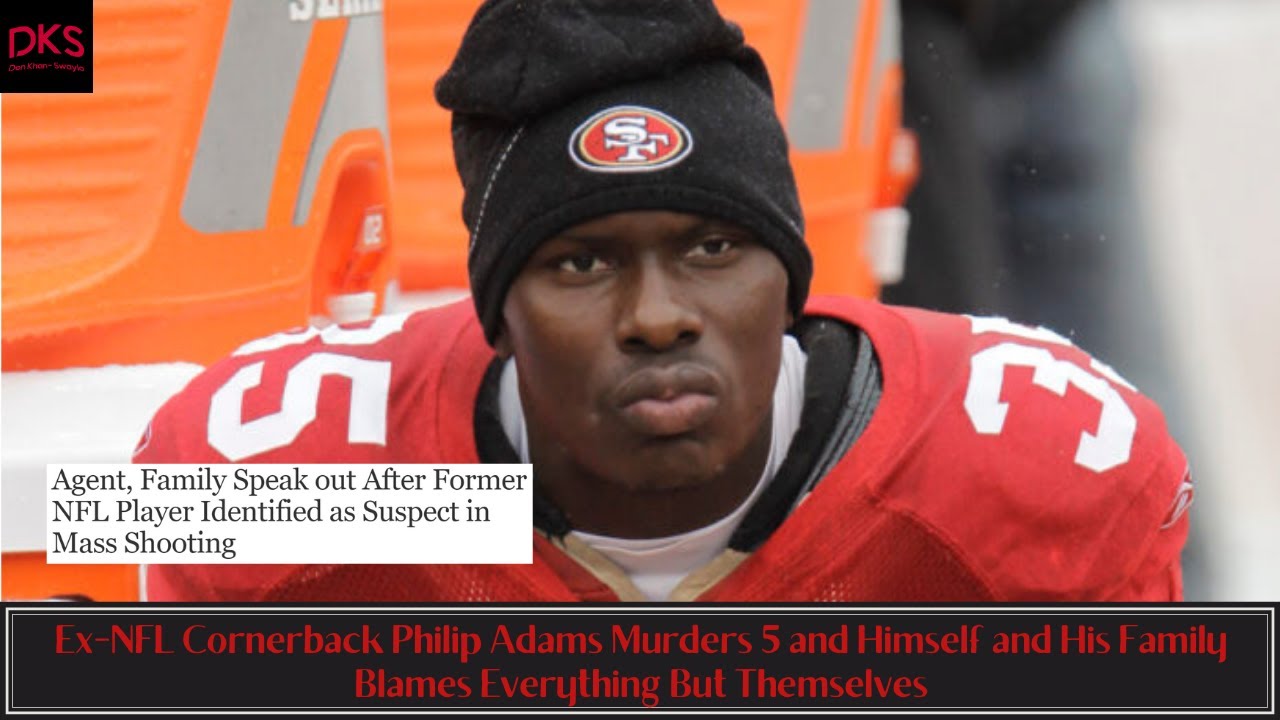