#edward norton snl #american history x analysis #edward norton american history x #edward norton #News & Politics
Edward Norton lays out poker-style Trump analysis we never expected .
Actor Edward Norton knows a thing or two about playing poker and is using that knowledge to call what he sees as Donald Trump’s bluff.
The Oscar-nominated star broke down the president’s “desperate endgame” on Friday, giving followers a nuanced political analysis that likened Trump’s lame-duck period — and reluctance to peacefully transfer power to President-elect Joe Biden — to a failed poker hand.
Alas, there is no trump card in this game play.
“The Illusionist” star called Trump’s actions a “contemptible, treasonous, seditious assault” on the stability of the country and its institutions, and that’s when he put it lightly. Norton has been a vocal opponent of Trump and GOP leaders enabling him for quite some time. He’s also an active proponent of Democratic candidates in the decisive Georgia run-off elections to determine party majority in the U.S. Senate.
“I’m no political pundit but I grew up with a dad who was a federal prosecutor & he taught me a lot & I’ve also sat a fair amount of poker w[ith] serious players & l’ll say this: I do not think Trump is trying to ‘make his base happy’ or ‘laying the groundwork for his own network,’ or that ‘chaos is what he loves,” Norton said in series of tweets Friday morning.
“The core of it is that he knows he’s in deep, multi-dimensional legal jeopardy & this defines his every action,” he continued in the thread. “We’re seeing 1) a tactical delay of the transition to buy time for coverup & evidence suppression 2) above all, a desperate endgame which is to create enough chaos & anxiety about peaceful transfer of power, & fear of irreparable damage to the system, that he can cut a Nixon-style deal in exchange for finally conceding. But he doesn’t have the cards. His bluff after ‘the flop’ has been called in court.”
U.S. President Donald Trump leaves the stage after addressing a plenary session on the last day of the annual meeting of the World Economic Forum, WEF, in Davos, Switzerland, Friday, Jan. 26, 2018. they have to be called,” Norton wrote. “We cannot let this mobster bully the USA into a deal to save his ass by threatening our democracy. THAT is his play. But he’s got junk in his hand. So call him.”
The “American History X” actor wasn’t above name-calling the 45th U.S. president — some choice words were “whiny, sulky, petulant, Grinchy, vindictive” — and accused him of throwing “a wicked pout fest & trying to give a tiny-hand middle finger to the whole country for pure spite, without a single thought for the dead & dying.”
He continued to break down Trump’s actions as an effort to “leverage to trade for a safe exit.”
“Call His Bluff,” Norton tweeted.
“Faith in the strength of our sacred institutions & founding principles is severely stretched...but they will hold. They will,” he concluded. “He’s leaving, gracelessly & in infamy. But if we trade for it, give him some brokered settlement, we’ll be vulnerable to his return. We can’t flinch.
His ‘turn card’ bluff will be an escalation & his ‘River card’ bluff could be really ugly. But they have to be called. We cannot let this mobster bully the USA into a deal to save his ass by threatening our democracy. THAT is his play. But he’s got junk in his hand. So call him.
Tags, edward norton,edward norton interview,donald trump,edward norton donald trump,edward norton (celebrity),trump,analysis,edward norton actor,american history x analysis,edward norton american history x,edward norton on american history x,edward norton on fallon,edward norton bio,edward norton bad,edward norton snl,edward norton diva,edward norton american history x drama,edward norton intervista,roast bruce willis edward norton,edward norton drama,edward norton facts,edward norton films 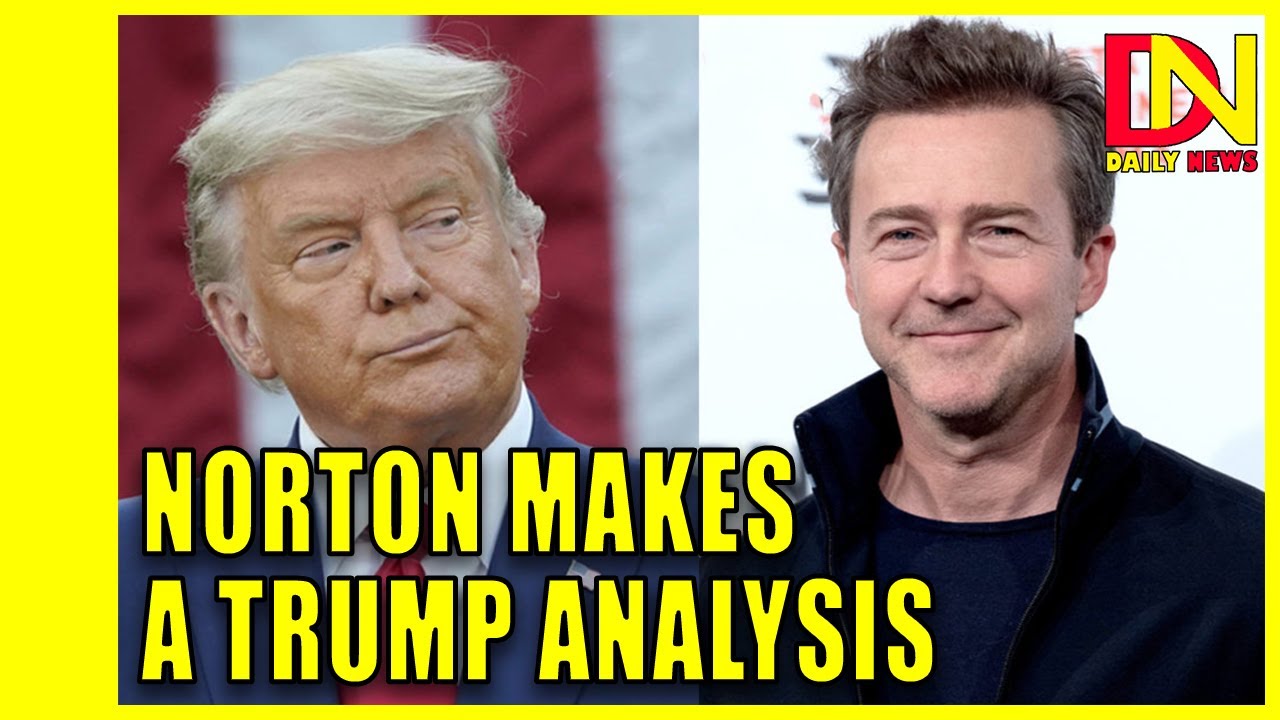