#Clevver #chamberlain coffee #emma cosmo #emma chamberlain magazine cover #Entertainment
More Celebrity News ►► http://bit.ly/SubClevverNews
YouTuber Emma Chamberlain is basically 2020’s “IT” girl, but in her very first ever U.S cover for Cosmo Magazine, she gets candid about adjusting to fame, being an “influencer” and overcoming mental disorders..
What’s up guys, it’s Sussan Mourad back here on Clevver News, and from the outside looking in, Emma Chamberlain is on top of the world.
The 18-year-old shot to fame on YouTube after signing with United Talent Agency in 2018, and has since gained almost 5 million YouTube followers, 4.5 million Instagram followers, started a clothing brand, a podcast, Chamberlain Coffee and receives multiple sponsorships for her videos from high-end companies.
Like I said, the girl is on fire..
Oh, AND she just scored her very first cover story where she graces the front page of February’s issue of our sister publication Cosmopolitan, and Emma definitely didn’t shy away from airing it ALL out..
Since kicking off her YouTube career back in 2017, flash forward three years later, and it’s safe to label Emma as an “influencer”... buuuut when using the term “influencer”, Emma can’t help but cringe.
She said QUOTE, “I think the word ‘influencer’ is kind of disgusting. Let’s use me as an example: If someone is calling me an influencer, they’re saying that my job is to influence, and I don’t think that’s true. I prefer to entertain and be a friend. I don’t want to influence.”
The sheer distaste with the word makes sense if you really think about it -- she’s a simple, yet complicated teenager who still feels like the high schooler from Northern California who struggled with finding herself and picked up a random hobby of vlogging, only to hit the jackpot a year later…
What a life, right?!.
But after starting a few channels early on in high school she abanded them because they weren’t getting much traction, that was until her father urged her to keep trying.
Emma revealed, “It was summertime. I didn’t want to do my summer reading. I had to tap into other new territories in my brain because I was so bored. So it was like, every day, I was making videos.”
It was Emma’s “We All Owe The Dollar Store An Apology” video haul spoof that ultimately went viral and showcased what she’d soon become known in the YouTube-verse for: being her funny, awkward, easily excited self..
Avid followers of Emma would know that her niche is humor, mockery, self-deprecation and makeup tutorial fails… basically anything that’ll give you a solid laugh or brighten your day in the slightest..
But one thing you will never see Emma mocking or endorsing on any of her platforms is weight-loss teas, supplements or shakes.
She even went as far as calling the pressure to look perfect in LA a “blood bath”, but appreciates the hustle of other influencers, saying, “Like, your grind is your grind, and I’m not going to get in the way of that. I just think that growing up on social media gave me eating issues as a kid. I literally have struggled with that my whole life.”
Like I said, NO topic was off limits as Emma got super serious about the fact that every single person she’s met has had an eating disorder… including herself.
She added, “Almost every person I’ve met has had some form of an eating disorder. I mean, I’ve had...I don’t want to trigger anyone, but so many.”
Much like millions of other men and women who are battling eating disorders, Emma opened up about the struggle of living with body dysmorphia, so much so, that her family became concerned about her health, saying QUOTE, “I’ve been fully not at a healthy weight and I thought I was obese multiple times. It’s awful. My whole family was telling me I looked terrible. They were like, ‘You look like you’re dying.’ I was like, ‘I think I look great.’”
Although she blames the constant overnight editing and continuously staring at her own body for hours on end on her body dysmorphia, Emma admitted that she’ll never be a victim in FaceTune, Photoshop or any sort of photo manipulation tools, saying, “I refuse to do that because nobody needs to think I look like that. I look the way I look.”
Ok, so for the record, she is NOT pregnant, but she IS just enjoying the ride, and we’re certainly enjoying watching all of her successes!.
For now, I want to know what you guys think about Emma’s first ever US cover, don’t you think she looks amazing? And which quote about her life did you find the most interesting? Join the conversation down here in the comments, and then click right over here for another new video and don’t forget to subscribe to our channel for all the latest celebrity news.
For More Clevver Visit, Find us on Facebook: http://facebook.com/clevver
Keep up with us on Instagram: http://instagr.am/Clevver
Follow us on Twitter: http://twitter.com/ClevverTV
Tweet Me: http://www.twitter.com/sussan_mourad
For More Emma on Cosmopolitan: www.cosmopolitan.com/emma-chamberlain 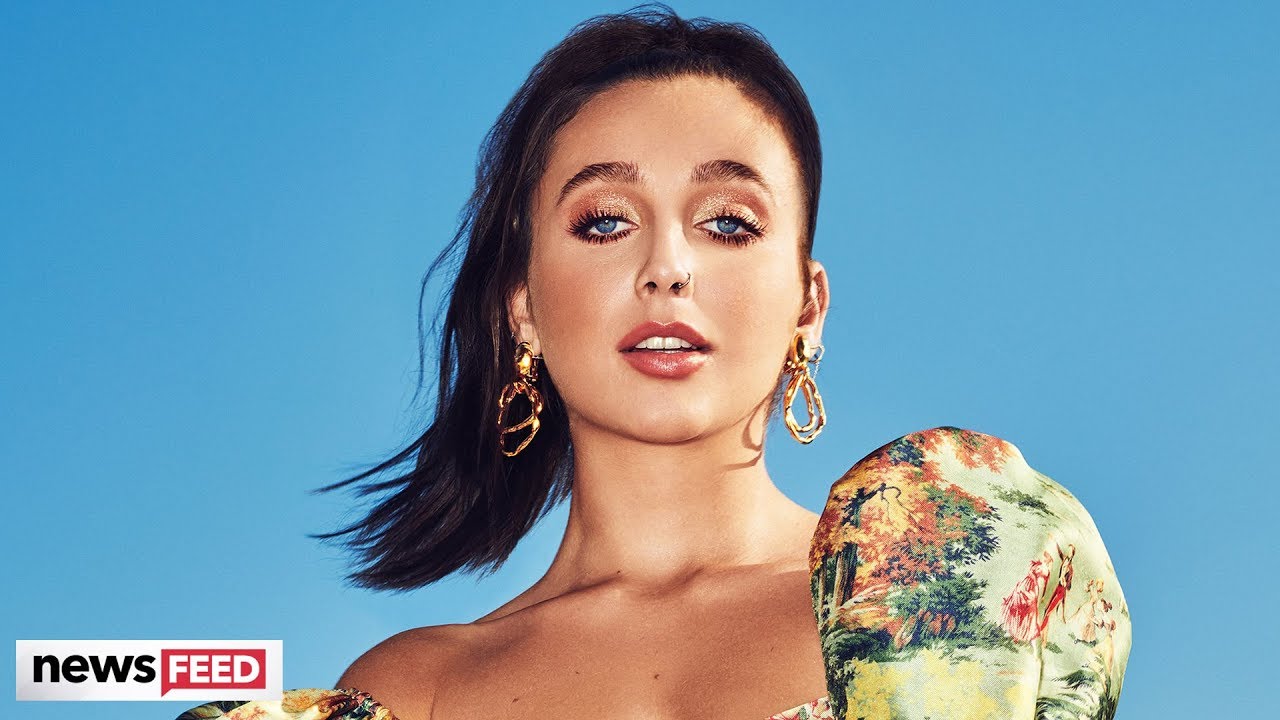