#Sevilla #Borussia Dortmund #Borussia Dortmund vs. Sevilla #Sports
Presented by Heineken
Sevilla came into the second leg match down one goal on aggregate and needed a near perfect effort against Dortmund to have any chance of moving on..
Dortmund came out and scored the match’s first goal to take a commanding lead. Erling Haaland found the back of the net in the 35’, and doubled Dortmund’s lead in the 54’ by way of penalty to give Dortmund a 2-0 match lead and three goal advantage on aggregate. From there Sevilla needed a miracle to pull even..
They almost did with En-Nesyri notching goals in the 69’ from the penalty spot and sending one home in the 90’+6. However ending in a 2-2 draw would not be enough and Dortmund punched their ticket to the quarterfinal round thanks the Haaland’s goal scoring abilities.
Stream every UEFA Champions League match live on Paramount+, https://www.paramountplus.com/shows/uefa-champions-league/
#UCL #ChampionsLeague #UEFA #Dortmund #Sevilla #Haaland #EnNesyri 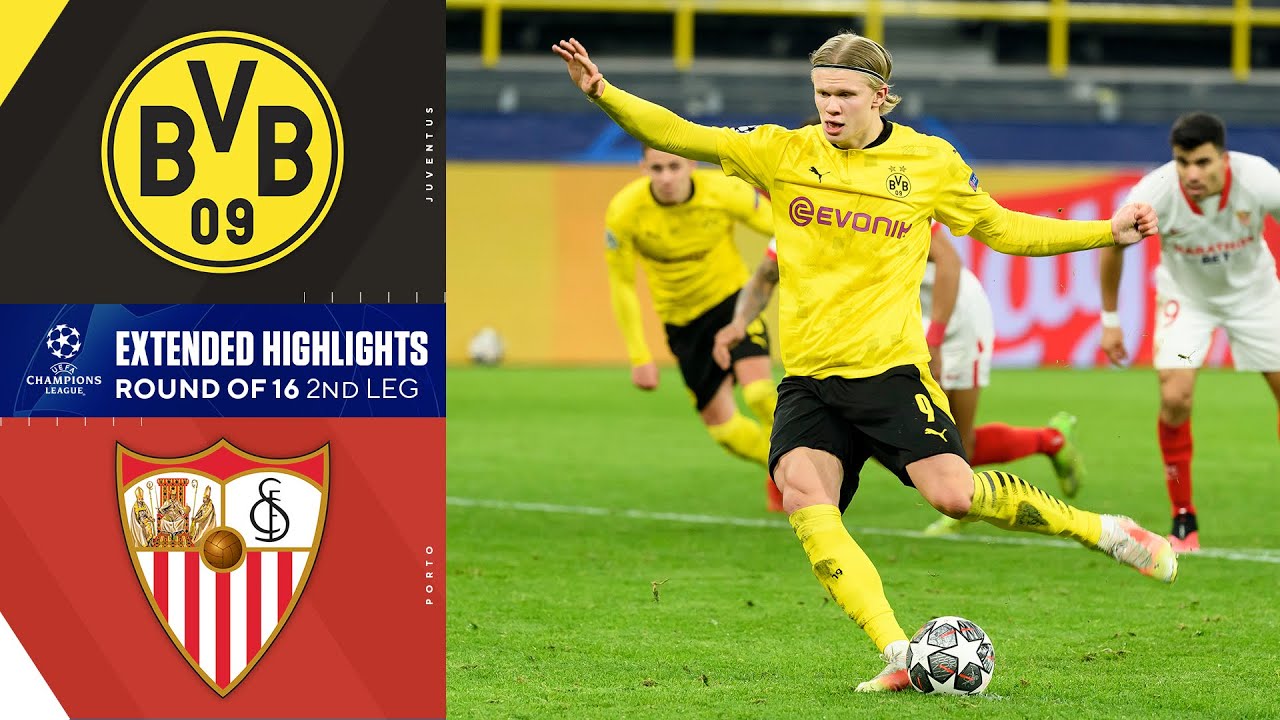