#News & Politics
On Monday, an FBI bulletin warned of the possibility of further attacks aimed at the literal and symbolic centers of representative government: “Armed protests are being planned at all 50 state capitols” before the inauguration of President-elect Joe Biden on Jan. 20, starting Jan. 16, and again at the U.S. Capitol beginning Jan. 17. In a briefing on Monday evening with federal lawmakers, Capitol Police also outlined three potential new attacks planned for D.C. during the inauguration period. (D.C. Mayor Muriel Bowser has warned Americans to stay away from the nation’s capital earlier that day.)
The threats might not materialize, but they should be taken seriously, Futrell says. “Most experts expect violence,” he says. “Street-level violence, maybe bombings. There are threats all the time, and it’s hard to pinpoint who spins out of these networks and commits the kind of violence we fear.”.
By the end of this week, three-fourths of all state legislatures will have opened their new sessions, as well as their doors to the public. What can be done to protect these halls of democracy, the workings of government, those who work inside, and the cities whose identity and economy depend on functioning state government?.
“That is the challenge, making sure the government can function and perform its duties and function in a free society, while protecting the people charged with doing that,” says Brian Lynch, a former FBI SWAT team member and executive director of safety and security at RANE, a security consulting and risk management firm. “What’s the priority, open and functioning government at the expense of the safety of those people doing the government’s business? That’s the issue, and there’s going to be plenty of ongoing conversation.”
A series of right-wing attacks on statehouses in 2020 helped set the stage for the violence in D.C. on Wednesday. On Jan. 20, 2020, participants in a pro-gun rally stormed Virginia’s seat of government in Richmond, while in April the Michigan State Capitol was overrun with armed demonstrators who objected to the state’s Covid-19 measures; 13 people were arrested in October after a foiled plot to kidnap Michigan’s Democratic governor, Gretchen Whitmer. (Some Michigan lawmakers now wear bulletproof vests into the legislative chambers.) Other attacks and armed protests have taken place in Georgia, under the eagle-topped dome of Idaho’s capitol building in Boise (maskless protesters barged into legislative chambers in August) and in Oregon (in December, a Republican state representative was later found to have let protesters into the capital through a side door). Some participants in violence in Salem went on to the Jan. 6 event in D.C..
Statehouse threats have continued after the failed attack on the U.S. Capitol: In Frankfort, Kentucky, local militia held a rally in front of the state capitol on Saturday, with some participants brandishing zip ties. (Governor Andy Beshear tweeted: “We will not be bullied. America is counting on the real patriots. Those who condemn hate and terror when they see it.”).
In response, a wave of new security measures is expected in and around the U.S. Capitol, which has already seen extensive limits to public access via bollards and fencing since the 9/11 attacks. But many U.S. statehouses are comparatively lightly defended, and the buildings themselves — sites of visitor tours and school field trips, centers of legislative work and representative democracy — could be dramatically altered by this past weeks’ events. State capitol buildings, built to embody the values of representative democracy, are the nation’s “unique contribution to monumental architecture,” wrote historian Henry-Russell Hitchcock in Temples of Democracy: State Capitols of the U.S.A. Most are grand, domed facilities that are designed to be open; Hawaii’s modernist statehouse even boasts an open-air rotunda, for example, that gives the public a view of politics in action..
Subscribe to our YouTube channel: https://bit.ly/2TwO8Gm
Bloomberg Quicktake brings you live global news and original shows spanning business, technology, politics and culture. Make sense of the stories changing your business and your world.
To watch complete coverage on Bloomberg Quicktake 24/7, visit http://www.bloomberg.com/qt/live, or watch on Apple TV, Roku, Samsung Smart TV, Fire TV and Android TV on the Bloomberg app.
Have a story to tell? Fill out this survey for a chance to have it featured on Bloomberg Quicktake: https://cor.us/surveys/27AF30
Connect with us on…
YouTube: https://www.youtube.com/user/Bloomberg
Breaking News on YouTube: https://www.youtube.com/c/BloombergQuickTakeNews
Twitter: https://twitter.com/quicktake
Facebook: https://www.facebook.com/quicktake
Instagram: https://www.instagram.com/quicktake 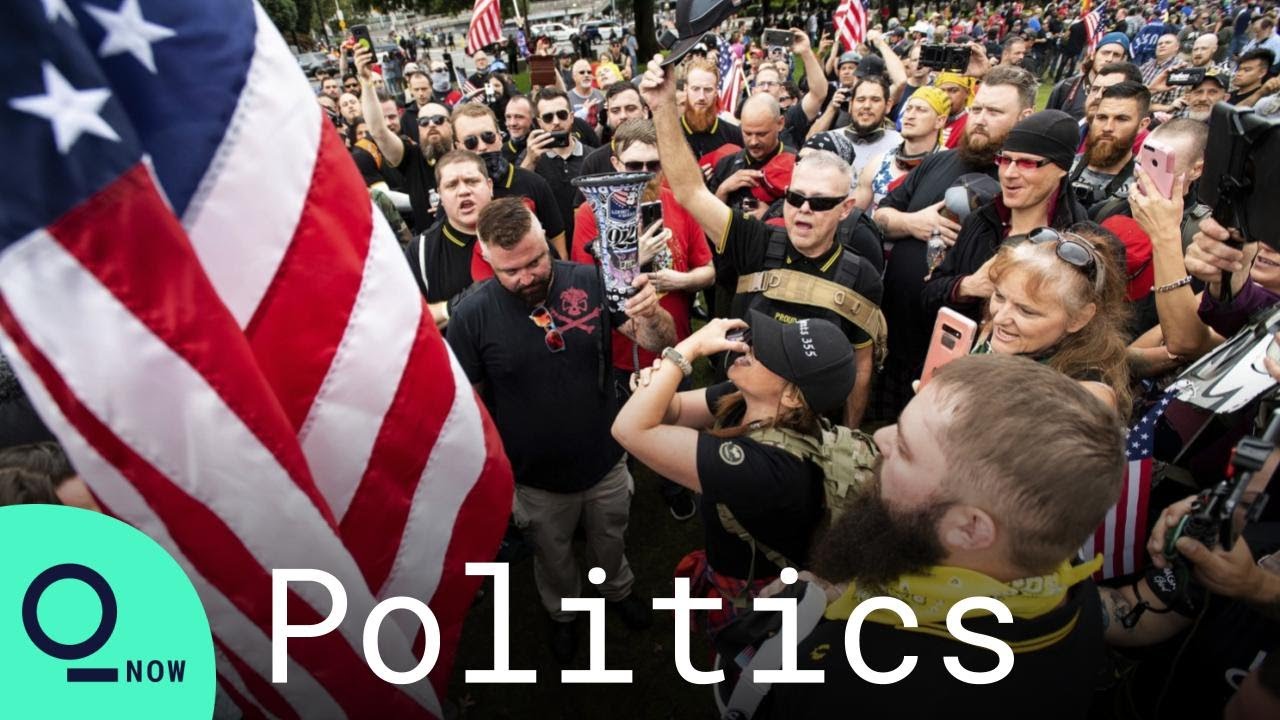 Y'all need to lower that teleprompter. For real.

They have no experience bracing for violence, they usually just protect it.

US capital braces for left-wing imposters pretending to be patriots

by Jay Day 4 days ago

"Those that vote are powerless, those that count the vote are all powerful" Joseph Stalin

by Chad Rushing 3 days ago

by Joe Fortier 4 days ago

Looks like trumps getting his military parade in Washington after all.

by Justin Kase 1 week ago

by Passenger57 1 week ago

Funny how they don't go after the people burning cities and family owned businesses.

by Jeff s 4 days ago

by Brad M 1 week ago

by Lizzy Cunha 4 days ago

Who else came here just for the comments

by Buzz Miller 1 week ago

You can tell she is staring at the screen to tell you what they told her to tell you....

by Ben Bowman 2 days ago

by Darrel C 1 week ago

"How many gov't paid workers does it take to hammer in a nail?"

Four. Apparently its four. And i hope you're not in a rush.

by lol wut 3 days ago

The comment section is filled with a Deluxe Mixed Bag of Nuts, heavily salted.

by Donovan 1 week ago

One can only try to understand an equal, judgement occurs from a pedestal 🔻

by STILL 1 week ago

by RE Styles 1 week ago

I’m bracing for a hurricane. No, we’ve never had one in the Midwest, but I’ll brace regardless.

All I see are Armed Leftists showing up.

by ITS TIME 4 days ago

by Butter Toast 5 days ago