#hong kong #is hong kong its own country #national security #香港 自治 法案 #News & Politics
China’s top legislative body approved a landmark national security law for Hong Kong, a sweeping attempt to quell dissent that drew fresh U.S. retaliation and could endanger the city’s appeal as a financial hub.
The National People’s Congress Standing Committee voted unanimously to approve the law on the former British colony as a three-day meeting began to wrap up Tuesday in Beijing. Hong Kong’s sole representative to the body, Tam Yiu-chung, confirmed the vote in a news briefing, saying more procedural steps were needed before the full statute could be released.
Hong Kong’s business community, democracy activists and Beijing-appointed leaders alike were largely observers as Chinese lawmakers completed the carefully orchestrated rollout of legislation that will shape the city’s future. Hong Kong Chief Executive Carrie Lam said earlier Tuesday that she couldn’t confirm whether the law had been approved, although she acknowledged residents’ concerns about its impact.
“The National People’s Congress is still in a meeting and on the agenda today there’s the relevant national security law for Hong Kong,” Lam said. “At this moment it is inappropriate for me to respond to any questions or give any explanations.”
The measure to punish acts of secession, subversion, terrorism and collusion with foreign forces comes on the eve of the anniversary of Hong Kong’s return to Chinese rule in 1997. The organizer of an annual July 1 march that drew more than half a million people last year is making a last-minute appeal to hold the event after being denied permission by police, who cited coronavirus risk and the potential for violence.
Some in the pro-democracy camp vowed to march regardless of the decision, despite the risk of arrest. Prominent activists, including former student leaders Joshua Wong and Agnes Chow, cut ties with political groups Tuesday in an apparent bid to avoid implicating each other. Tam, the Chinese lawmaker, said the legislation wouldn’t include the death penalty, as some had feared.
The new law put limits on civil liberties and Hong Kong’s independent judicial system, which has helped attract hundreds of international companies to Hong Kong. President Donald Trump warned last month the U.S. would start rolling back Hong Kong’s preferential trade status, while the U.K. and Taiwan have offered new paths to residency for the city’s 7.5 million inhabitants.
The Trump administration on Monday made it harder to export sensitive American technology to Hong Kong, suspending regulations allowing special treatment to the territory over dual-use technologies like carbon fiber used to make both golf clubs and missile components.
Lam on Tuesday called the impact of the move “minimal” and rejected the U.S. accusation that such sensitive items could make it to the mainland. “Sanctions will not scare us,” she said. “We are fully prepared and I believe China will also take countermeasures when needed.”
Hong Kong’s freedoms have become increasingly tenuous as President Xi Jinping grows more confident in China’s ability to withstand foreign pressure and Hong Kong protesters embrace more radical positions such as independence. Beijing’s steady moves to better integrate the city boiled over into historic and sometimes violent protests last year, after Lam attempted to pass a bill allowing extraditions to the mainland.
Chinese officials have said the security law is necessary to ensure peace following last year’s chaos, which included vandalism of subway stations, regular use of Molotov cocktails and a brief occupation of Hong Kong’s international airport. China has also said that only an “extremely small” number of people will be affected by the law.
China didn’t publish the full draft law or allow a public debate, which is required under the Basic Law, Hong Kong’s mini-constitution. The process also bypassed Hong Kong’s elected Legislative Council. Even Lam acknowledged last week that she hadn’t seen a full draft.
The new law goes further toward revising the “one country, two systems” framework designed to protect Hong Kong’s liberal institutions and Common Law legal system. The legislation will let Chinese security agents operate in Hong Kong, allow China to prosecute some cases and give Lam the power to pick judges to hear national security matters.
Subscribe to our YouTube channel: https://bit.ly/2TwO8Gm
QUICKTAKE ON SOCIAL, Follow QuickTake on Twitter: twitter.com/quicktake
Like QuickTake on Facebook: facebook.com/quicktake
Follow QuickTake on Instagram: instagram.com/quicktake
Subscribe to our newsletter: https://bit.ly/2FJ0oQZ
Email us at quicktakenewsgmail.com
QuickTake by Bloomberg is a global news network delivering up-to-the-minute analysis on the biggest news, trends and ideas for a new generation of leaders. 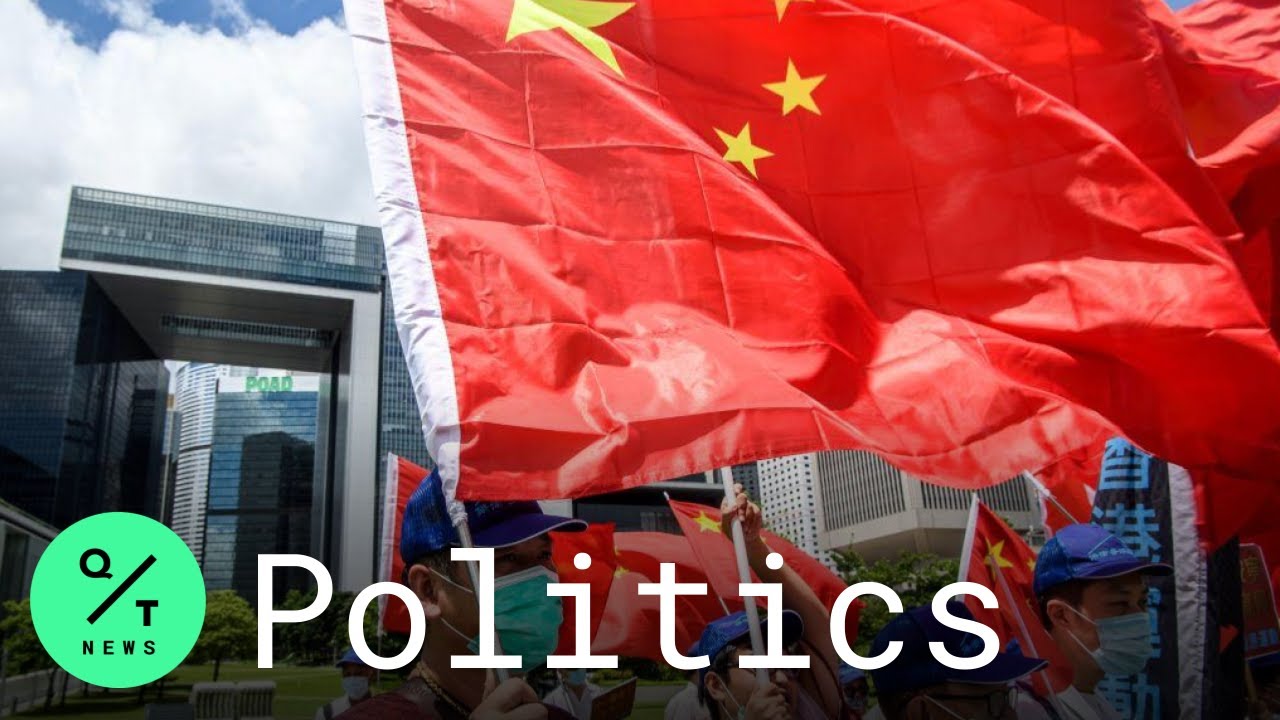 Good luck 🇨🇳.
I hope everything works out over there ok. 👌

by Sloppy Joes 6 months ago

Google translate:If you have to discuss Xinjiang, Tibet, Hong Kong, and Macao, will the United States allow states other than the 13 eastern states to be independent? The United States also has national security laws. Why can’t China have ???? Is this a double standard?

Hi China 🇨🇳, one day we will have to free your ppl.

by out quick 6 months ago