#News & Politics
President Donald Trump is preparing to decide whether to approve Oracle Corp.’s alliance with the Chinese-owned video app TikTok after security experts examined the companies’ proposal.
A U.S. national security panel reviewed the bid Tuesday afternoon, but didn’t make a recommendation that the president approve or reject the deal, according to a person familiar with the matter. Speaking to reporters on the South Lawn of the White House, Trump said his staff are “very close to a deal” and signaled what could be telling support for Larry Ellison, Oracle’s chairman.
“I have a high respect for Larry Ellison,” he said. “He’s somebody I know, he’s been really a terrific guy for a long time.”
The proposal, unveiled in part, doesn’t call for Oracle to buy the business outright. Instead, the company would invest in a newly restructured global TikTok, with operations based in the U.S., according to people familiar with the proposal. Bytedance would maintain majority ownership and at least three shareholders in TikTok’s Chinese parent company -- General Atlantic, Sequoia Capital and Coatue Management -- would take stakes in the new business, said the people, all of whom asked not to be identified because the terms aren’t finalized.
Oracle’s proposal lacks the payment to the U.S. government that the president has insisted be the condition of any deal, according to two people familiar with the plan. Yet the company will try to use the promise of creating 20,000 new jobs through the popular video app as a way to win his approval, they said.
Treasury Secretary Steven Mnuchin, who has played a central role in brokering a deal that would shift the Chinese-owned video app’s U.S. operations over to an American company, leads the Committee on Foreign Investment in the U.S., or Cfius, and has promised to give Trump the panel’s recommendation this week.
White House adviser Jared Kushner voiced strong support for Oracle’s bid for TikTok during an interview with CNBC earlier Tuesday, even though the proposal could still fall short of President Donald Trump’s demands that any deal protect national security and include the payout to the U.S. government.
The U.S. is undertaking a two-track national security review of the TikTok proposal this week and any sale still requires sign-offs from both the U.S. and China. One is through Cfius, and a separate one is through the Commerce Department.
While details of the agreement between Oracle and China’s ByteDance Ltd. remain under wraps, Kushner expressed optimism that it would clear the administration’s key hurdles.
“Hopefully the application qualifies on the merits for what we’re trying to accomplish from a national security point of view,” Kushner said. “America’s interest in that is really national security -- we want to make sure that people’s data is protected.”
The deal unveiled Monday by Oracle seeks to address the national-security concerns that Trump raised last month when he ordered the sale of TikTok’s U.S. business. The administration says that Chinese ownership of the app poses a risk to American users’ data security and that Beijing could use the service to deliver disinformation and propaganda to the service’s 100 million active users in the U.S.
Based on what’s been revealed so far about the deal, national security experts say the arrangement doesn’t satisfy those concerns, which the Trump administration laid out in executive orders and public statements.
“It’s not clear the first goal has been met and the second goal is even more difficult,” said Stewart Baker, a national security lawyer at Steptoe & Johnson and a former assistant secretary with the Homeland Security Department. “There could still be a lot of negotiating to do.”
The companies haven’t fully addressed Trump’s repeated demand for a payment to the U.S. Government. “I said the United States has to be compensated, well-compensated,” he reiterated earlier this month, a demand that has confounded security experts who say such a payment would stretch his authority under U.S. law.
Even if security officials recommend Trump block the deal, the president has the final say and he can overrule their recommendation. Trump has until Sept. 20 to make a decision.
The deal, if finalized, would create what Mnuchin called “TikTok Global.” The unit would have its headquarters in the U.S. and create 20,000 jobs, he said, without offering details.
Subscribe to our YouTube channel: https://bit.ly/2TwO8Gm
QUICKTAKE ON SOCIAL, Follow QuickTake on Twitter: twitter.com/quicktake
Like QuickTake on Facebook: facebook.com/quicktake
Follow QuickTake on Instagram: instagram.com/quicktake
Subscribe to our newsletter: https://bit.ly/2FJ0oQZ
Email us at quicktakenewsgmail.com
QuickTake by Bloomberg is a global news network delivering up-to-the-minute analysis on the biggest news, trends and ideas for a new generation of leaders. 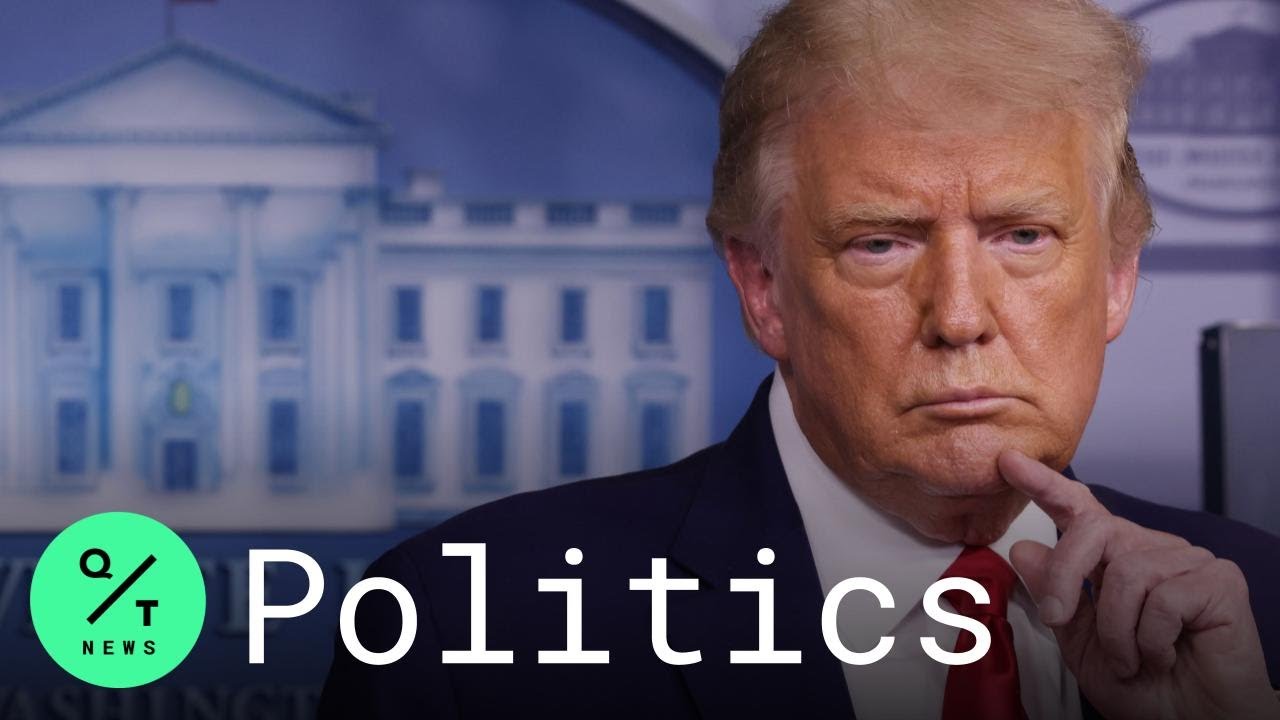 The title of this video is literally the exact opposite of what the president says in the video....

by Dev Day 1 week ago

I could not care if they sell tok tik to an order of monks in Tibet. Enough about this already.

“There are only two industries that refer to their customers as 'users': illegal drugs and software. " — Edward Tufte

by Alex N 1 week ago

He's considering it until then the clock is Tik Tok ... ing

by Truck Taxi 1 week ago

Yes. He makes the messes and then he wants to be called a hero for “fixing” it

This a joke, right?

by Kyle Frost 1 week ago

The Chinese government already said that Tik Tok is their assets. So, why Oracle still wants to buy it? It will be control by the CCP anyway.

Let Trump take over Tic Tok , they will go bankrupt in a week.

by Richard smith 1 week ago

Love the twisted title.
Trump: no I'm not prepared to sign off anything
Bloomberg: Trump nearing decision

by Dakota Mannino 1 week ago

Since when is it the Presidents job description to interfere in a companies buisness. That is up to fcc or the courts.

by Paul Thomas 1 week ago

Why is this a question? Of course he'll approve it. Oracle CEO is one of his buddies. Politics ain't that complicated.

by Nico Robin 1 week ago

TikTok is trash. If you’re concerned with the Netflix film “Cuties” but you have kids in your home on TikTok, you don’t quite understand the irony of your parenting.

by Arsenal Arsenal 1 week ago

by Jae Kim 1 week ago

why are they talking about that app? Oregon is burning, Sally is flooding the south, corona is still killing thousands of people then tik tok?

by Play With Your Food 1 week ago

TikTok is a national security concern. If the chinese find out we are eating cereal out of each other's mouths we are screwed.

by Lord Colin 1 week ago

by MasterMind 1 week ago

I only trust Google to watchdog my every move. Thanks though.

by Hunter James 1 week ago

Mask and COVID fatalities are still tabled along w/cheesesteak pretended to eat.

by rich ernest 1 week ago