#bbc #bbc news #news #News & Politics
A Pakistan International Airlines plane has crashed in Karachi on a flight from Lahore, aviation officials say.
The plane, which was reportedly carrying around 99 passengers and eight crew, was flying from Lahore to Jinnah International Airport, one of Pakistan's busiest airports.
Pictures shared on social media show smoke rising from the crash site, a residential area in Karachi.
Emergency services have arrived at the scene, where homes have been damaged.
"The plane crashed in Karachi. We are trying to confirm the number of passengers but initially it is 99 passengers and eight crew members," said Abdul Sattar Khokhar, the spokesman for Pakistan's aviation authority.
The plane was about to land when it crashed near Model Colony, a neighbourhood of Karachi about 3.2km (two miles) north-east of Jinnah International Airport.
Please subscribe HERE http://bit.ly/1rbfUog 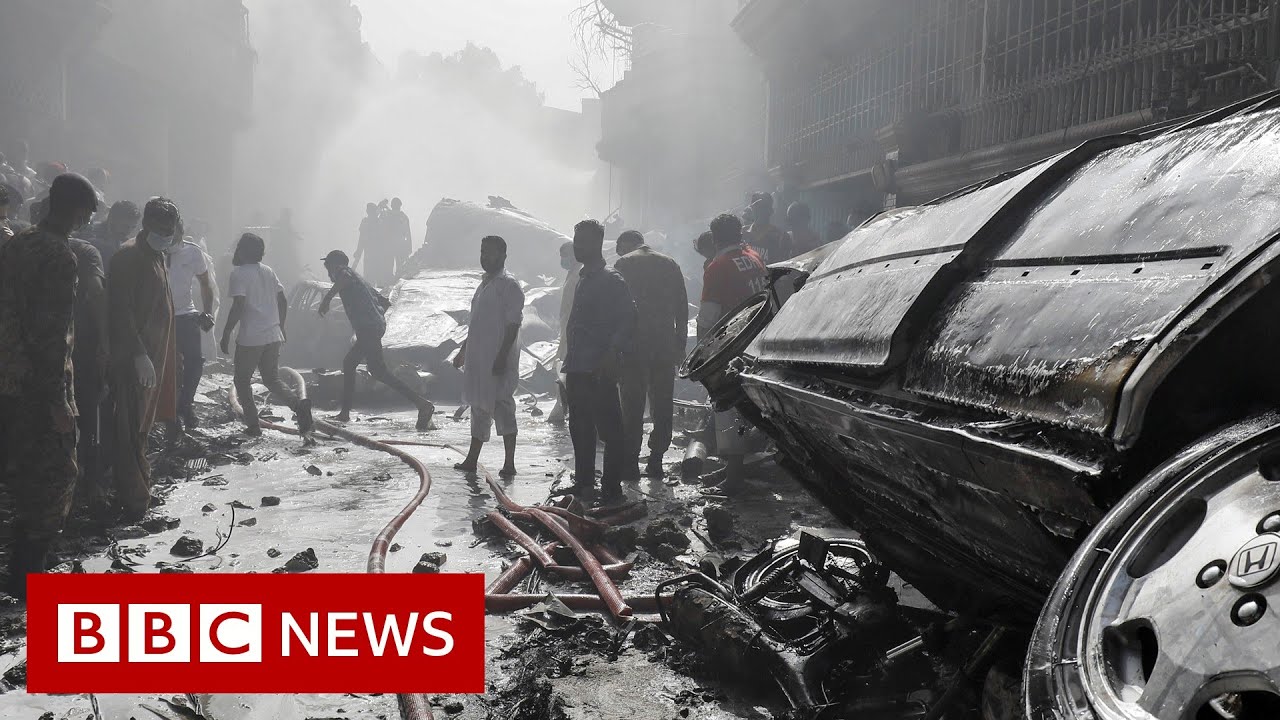