#colton mastro #michael lieberman #how to film one shot movie #roger deakins 1917 #Film & Animation
An adventure about two roommates who attempt to survive 2020.
This short film is a parody and love letter to the film 1917. It was written, produced, directed and edited by one person, shooting it entirely on a Fuji X-T3 with a Zhiyun Weebill-S. Due to the pandemic, 2020 took us over three months to shoot, reshoot and edit while dealing with faulty audio equipment, filming at dusk, safety regulations, scheduling conflicts, lost footage and so many more obstacles we had to literally jump over in order to make this short a reality. Honestly, it's a miracle this is being released and we hope you enjoy it. Maybe we'll get lucky and this will get us jobs because we're super unemployed. Thank you for taking the time to watch it.
Created by Stephen Ford
Starring, Colton Eschief Mastro
Michael Lieberman
Terika Jefferson
Monib Abhat
Josh Han
Jennifer McDonnell
Darrel J Delfin
Katie Burton
Beckket Wilmott
Hoyt Wilmott
Camryn Grimes
Danny Castellanos
Steve Smith
Aleu Moana
Pam Zamora
Mikhail M
Jerome Knight
Co-Produced by, Jennifer McDonnell
Colton Eschief Mastro
Michael Lieberman
In association with
Dufflebag Entertainment.
Dane Cook
Monib Abhat
Music by, Jim Grimwade (for the YouTube release we've used the 1917 score by Thomas Newman)
VFX, Colin J Smith
Jerome Knight
Lee-Loi Chieng
SHOT WITH.
Fuji X-T3
Zhiyun Weebill-S
Aputure MC
RODE NTG4+
Special thanks to Alien ware for making this short film possible.
#shortfilm #2020recap #oneshot
PLS SUBSCRIBE ► http://bit.ly/AscenderSub
TOSS COINS AT OUR PATREON ► http://bit.ly/AscenderPatreon
FOLLOW ►
Stephen Twitter: https://twitter.com/StephenSeanFord
Stephen Instagram: https://www.instagram.com/stephenseanford
Colton Instagram: https://www.instagram.com/coltonmastro
Michael Instagram: https://www.instagram.com/lieberman
OUR GEAR ►
Most Used Equipment: http://bit.ly/AscenderGear
Our Editing Beast: http://bit.ly/AscenderAurora.
Ascender is a production company where we blend cinema and gaming, but in reality it really isn't a production company, it's more like one dude, Stephen Ford, who creates a bunch of stuff and like a few people who help that dude make that stuff. They're pretty great. I think they're called producers? Oh, you wanna know their names? Ugh. Fine. Colton Mastro, Jenn McDonnell, Michael Lieberman, Jerome Knight, Brennan Mejia, Jake Gyllenhall, Will Smith, Jon Sudarkasa. Thanks for watching. If you're not subscribed by this point while reading this I'm going to come over to your house, bake you a cake, chill and watch The Boys Season 1 with you and then stab you or whatever. Okay. Cool. Bye. 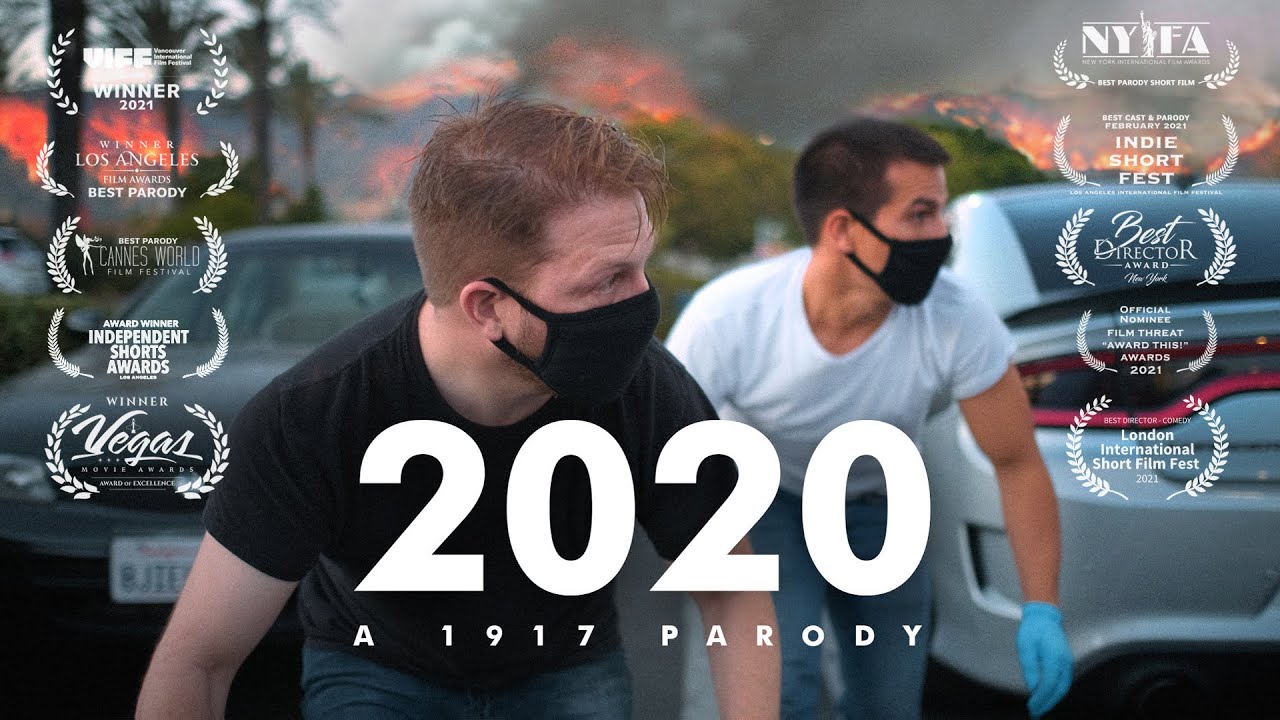 Timestamps that line up with memorable moments in the movie:
Laying by a tree
Mail about the puppy
Run in with irate solder
See the General
Grenades and treats
Bread snack
Out of the trenches
Friendly planes
Into the German trenches
German plane crash
Sniper
Running through the burning city
Lady and baby
Jumping into the river
Finding the soldiers before battle
Running through the battlefield
Delivering the message to call off the attack
Laying by a tree
If you're interested in THE RAP VERSION of 1917:

Imagine waking up from a two year long coma in 2021, and thinking this was just some dystopian fantasy?

by Mysterious Middle East 3 months ago

by Stephen Wlodarczyk 1 month ago

This should count as a historical re-enactment.

by Sophia L. 1 month ago

Nice, I enjoyed it

by Sean Beardon 1 month ago

I know they are trying to be funny, and it is really funny, but this is legit a work of art. So beautifully done. And with little to no budget. 👏🏻

by Loren Camarillo 1 month ago

This was extremely well-made and thought out!

People of Walmart During Filming: "There's some sketchy people running around out in the parking lot."

by Alejandra MGuerrero 1 month ago

"I got bested by a Karen" best line in a movie ever.

There needs to be more than a simple thumbs-up for something that is THIS much better than average. Fantastic work.

by Jeffery Anderson 1 month ago

The response to this has left me in tears for the past two days. I know this isn't that big of a project or anything but after all the time I put into creating this short: the sweat, the exhaustion, the countless hours of editing, and the rough road of trying to be a director and make cool stuff that people can enjoy has seriously been so hard in these past few years. Thank you all so so much.
- stephen

by Ascender 3 months ago

As a resident of California and a former resident of LA I thank you for this. The scene of avoiding maskless Wal-Mart people with a wildfire in the distance was epic 2020.

by Christi Nash 1 month ago

The music of the movie is a masterpiece. You understand that when you realize all the tension that gets into each scene of a parody.

by Nick Filippos 1 month ago

by Dunny Hype 1 month ago

"Some actor got cancelled"
"That's like the 12th one this month"😂

by Joel 1 month ago

Holy shit. This should have 10 billion views.

by Alex Clark 3 months ago

by Austin Wolfe 1 month ago

The reveal of the fires burning in the background kinda hurt